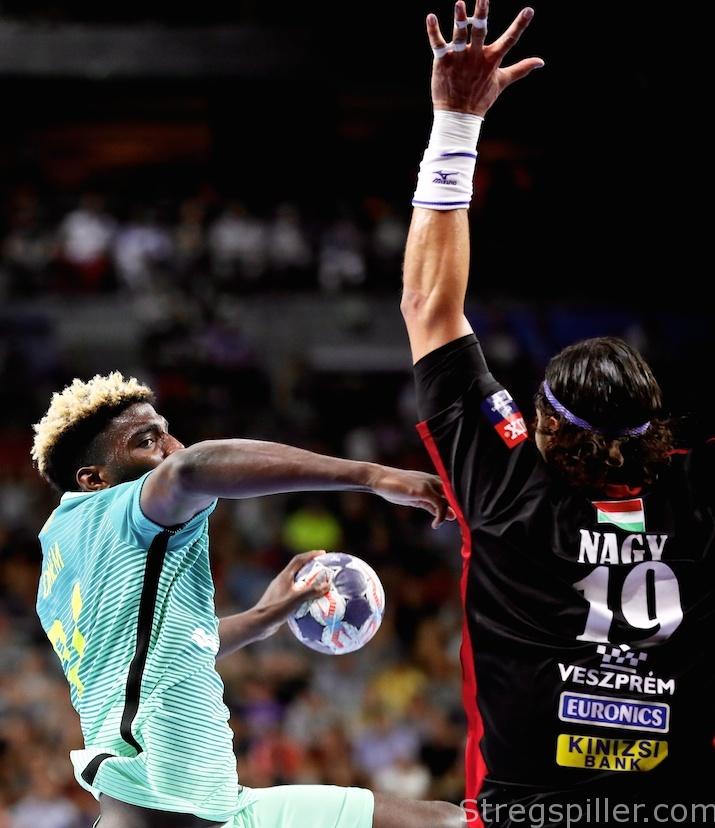 “I don’t care about my age”

He might have just turned 20, but Dika Mem is one of the most talked about players in Europe, after a stunning start into the 2017/18 season with FC Barcelona.  Less than one year after the first call from Didier Dinart – France’s national coach – the right back joins “Les Experts” once again to play the Golden League tournament in Denmark, this weekend.  A good time to reflect on his most recent development in Barcelona and freshly gained confidence.

Dika – how is life in Barcelona and how do you feel before this Golden League tournament?

DM:  I’m very well.  Barcelona remains a top club, even though there are some (political ed.) issues with regards to “independence” at the moment.  But this didn’t have any impact on our performance so far, even though some players are really interested in what’s going on politically.  This is my second season in Barcelona, I know everyone now, and I speak Spanish fluently.  I think this is something that you can see on the court as well – I play as if I’ve been here for a long time.

You have been delivering good performances in the Champions League on a regular basis.  Do you think that your coach and your teammates trust your more now than they did before?

DM:  Of course.  Last season, the coach trusted me as well, but after Kiril Lazarov left this summer, there’s more room for me, now.  Jure Dolenec is a very good player but he has to settle in and learn a new system. It felt like a good opportunity to step up and I think I did.  On the court, when there’s a shot to take, I take it and I feel really good about it.

Your young age aside, do you feel some kind of pressure?

DM:  Not really, I try not to put too much pressure on myself.  I do what I have to do, and I try to help Jure as much as I can.  Especially, as he doesn’t speak Spanish very well yet.  I try to enjoy playing handball, and that’s the most important thing at the moment.

What’s your take-away after your first season in Barcelona?

DM:  Self-confidence – lot’s of it.  I never had any doubt about myself but, as in all the clubs I played for in the past, it took some time for me to adapt.  And that’s kind of normal, certainly in a club like Barcelona. Some might argue about my age, but I’m not interested in talking about it.  For me, being 19 or 36 is the same thing, except you don’t have as much experience when you’re young.  I don’t care about my age.  But back to the topic – last season I learnt many things.  For one, I “grew up” on the court and as an individual as well, as I now live on my own and not with my family around.

Will all of it show in the national team as well?

DM:  Of course it will. I know a little bit more about how things work and I feel better and better.  I can’t say that I’m relaxed, because I still have to prove myself, but, once again, I try to not put too much pressure on my shoulders.  I don’t know if it has changed the way others look at me, but at the end of the day, it doesn’t matter so much. I play handball for myself, not for the people around me.  The only thing that really counts is that they trust me.

Is EURO 2018 something that occupies your mind?

DM:  I try not to think about it too much, but of course I do.  I played in the World championship last January but that was a bit special.  I came in during the competition as a substitute.  Back then, I only played one game and then I stayed on the bench.  But that’s all part of the game; some stay in the stands, I sat on the bench and that taught me a lot.  I hope I can take part in the European Championship and bring a little bit more to the team than I did in the past.