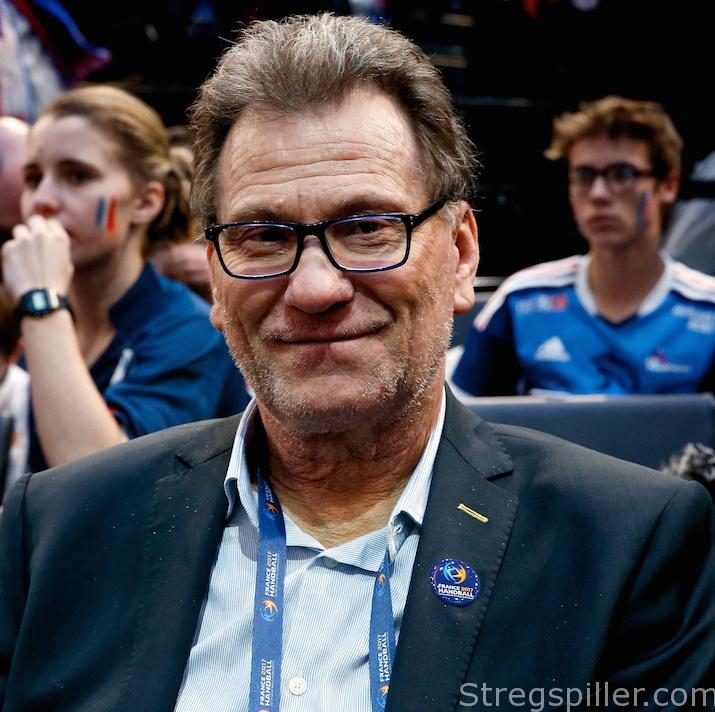 “We don’t have time to take games lightly”

Golden League – it’s the first stress test for Europe’s top women handball teams following EURO 2016.  A first opportunity to build a new or form an improved squad that will compete for a World Championship, in Germany, later in the year.

Kevin Domas caught up with Olivier Krumbholz – coach of the French national handball team – ahead of the prestigious tournament that truly represents the gold standard in women’s handball.  Denmark (semi-finalist at EURO 2016), Norway (the reigning World- and European champions), Russia (Olympic Champion 2016) and host France (2016 Olympic Silver- and EURO 2016 Bronze medalist) will meet in Le Mans (3/16) at Antares arena and Orleans (3/18 – 19) at Palais des Sports and compare notes.  France’s “Femmes de Defis” will have to do without the  help of star player, Allison Pineau and for the first time in many years Olivier Krumbholz has nominated a “B Team”.

Olivier, what can we expect from this French edition of the Golden League ?

OK:  This week is a very important one for us.  We’re going to face what’s best in women handball at the moment.  And we are the only team that won a medal at both the Olympics and the last European Championship, so I include ourselves in this category as well.  We’ve got a position to defend and we have to carry on, showing our best side, even though these three games are just friendlies.

Is there anything you especially want to work on ?

OK:  It’s going to be a high-level week of handball and it will be useful for us just knowing where we are at the moment.  Of course, we’d like to win it all but that won’t be the main focus.  We will pay major attention to the quality of our game and not forget to include all players in the rotation.  We are at a crucial point in the season, as bodies are getting tired and we can’t compromise the work of our clubs.  The physical health of the players will be a main consideration as well.

OK:  She’s still suffering from her ankle injury at the moment, so I agreed with her that it would be in her best interest if she stayed home.  Allison probably won’t play at the next world championships either, so it’s better if we try finding solutions in her absence already.  Beatrice Edwige is very unlikely to play this week as well.  So, we might have to change our defense entirely as both of players are key assets.  And we might ask help from some of players of our B team this weekend.

Are there things that you’d like to change in the way the team is playing ?

OK:  We have to evolve our game.  I’ve been only been back for a year and the players and I want to make the team play better.  I think we did, so far.  Together we have built something we can start from.  The main elements we have made progress on are fast-breaks and defense, while the work in offense is yet to be completed.  It’s funny because when you talk with other national team coaches, they also take more time to progress their teams in offense.

The other thing we’re trying to do is to help our women to get stronger physically.  We have deficits in this area compared to Norway, for example.  These girls play fast for an hour and we often struggle against them.

Is this tournament also some kind of “victory lap” after last year’s medal competitions ?

OK:  In some way it is, yes.  People see you on TV, in the newspaper, but it’s nice to actually go out and play in front of your fans. The schedule is a tight one, but we try to please everyone as best as we can.

For the first time in ages, you’ve selected a B team.  Is there any particular reason for that ?

OK:  We have to think about the future.  My job is not only to take care about the present but also to look ahead.  It’s also a way for us to say,  “Hey  – we didn’t forget about you”.  Some of the players are well known, like Audrey Deroin, but they are still good enough to play for the A team.  Others played for France until U20 but didn’t have the chance to make it to the upper level yet.

Still, you’ve kept more or less the same players since you arrived a year ago.  Is there any room for a youngster to play in the A team in the near-future ?

OK:  I think that, when I arrived, some of the girls wanted to be trusted again.  We changed a few things, after talking to the group, but there wasn’t need for a big adjustment, concerning the players.  At the moment, my reasoning is very simple.  The best players play.  Period.  Fortunately, there’s some kind of backbone that’s been there for a long time and it works well.  So we don’t need to change just yet.  But of course, if a 21 years-old player comes along and shows me that she can be better than the one who is 29 years, I’ll change.  I don’t stick to a formula just for the sake of sticking to it.

In a year and a half, France will be playing a European Championship on home soil.  Is it something that you’re already preparing for?

OK:   Of course, I already said before the last world championship that it would be a two years cycle ending at the end of December 2018.  But that doesn’t mean that the next world championship won’t be taken into consideration.  We don’t have enough time to take any games lightly.