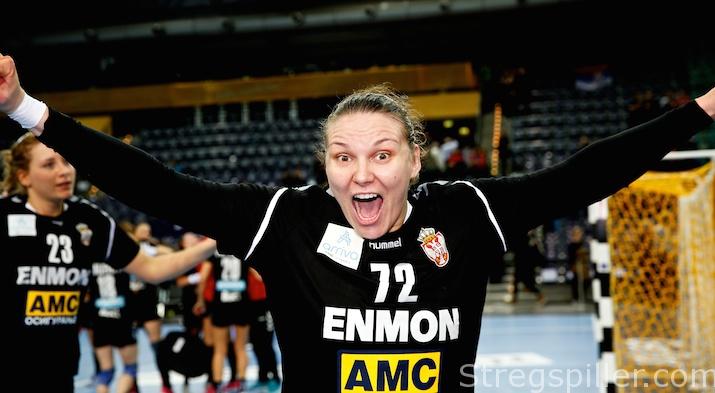 Dragana Cvijic is one of four key players who came back and joined the Serbian national team just before the start of World Cup 2017. Still, nobody thought of them winning a group featuring both The Netherlands and the host, Germany. The experienced lineplayer strongly disagreed when I talked to her after their victory against South Korea.

Dragana – congratulations to the victory and also winning the group. I didn’t believe it was possible!

DC: We believed in it – we believed in it right from the beginning that we could win the group. We played against very strong teams like The Netherlands, Germany and South Korea. We won three games, we had two draws, and today we really deserved to succeed. And if you ask me, we lost the two games against The Netherlands and Germany in the last minute.

What made the difference today?

DC: We all played well; we are one big team. Everybody plays. We don’t have just seven or eight players. For example, if our playmaker doesn’t play well we can make a changes, because we have 16 good players. Nobody thinks about her own playing time. I’m really happy because we never had a team like this.

I can see the pride in your eyes…

Nobody talked about Serbia before the start of the tournament. You are somewhat of an underdog, and that could be an advantage?

DC: I don’t know. Andrea Lekic, Sanja Damjanonic, Katarina Tomasevic and I didn’t play for the national team for some years. I couldn’t wait to come back and play again. I give everything I possibly can – all my heart for my country. Nobody expected us to play like this, but we look out for each each other and if we continue to play like this we can achieve even more.

Your next opponent is Montenegro. What are you expecting from a team that you know quite well?

DC: They have a very good team, although they didn’t play too well during the group stage. But today, when it really mattered, they played extremely well. I trained with many of them for six years during my time in Buducnost.  So, I know what they are capable of.  They are very good fighters. It will be a very good game, for sure.