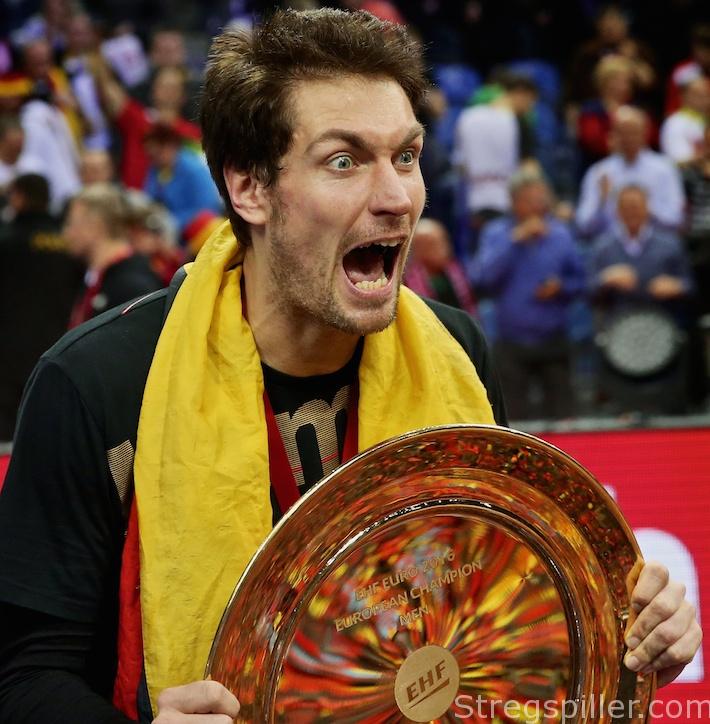 The Dream Must Live On

It’s been one week since Germany’s head coach Dagur Sigurdsson has announced his roster for the Olympic Games in Rio de Janeiro.  After Germany’s “Bad Boys” had stunned the world of handball, winning the European championship in January without four of its key-players – captain Uwe Gensheimer being one of them – a tight race for making the team had been expected. Prior to the announcement, the Icelandic mastermind kept saying that there would be some extremely tough choices to be made.  Still the unexpected happened.

Just six months after seeing his lifetime dream getting closer and closer, goalkeeper Carsten Lichtlein was left off the squad.  Back in Poland he was approaching (handball) heaven, when he lifted the trophy above his head.  Last Thursday, it must have felt like hell for the ever-loyal, 35-year old.  Charismatic Füchse goalkeeper, Silvio Heinevetter, had taken “his” place.

As ironic as it might sound, Germany’s Handball Federation handed the practice accreditation to still-injured left-back Steffen Fäth, while Lichtlein will travel to Brazil along with recovering right-back Steffen Weinhold.  It’s the fourth time during his 15-year career with the national team that the iconic goalkeeper will miss the Olympic tournament.

Again, no opening ceremony, no Olympic village, and even worse, no medal in case Germany ends up in the top three.  All Lichtlein has worked for suddenly seems to be gone.  It’s especially heartbreaking if you know how much effort he has put into all of it and what kind of person Lichtlein is.  Just days after the announcement, he was honored with the Bavarian Sports Award as a role model for sportsmanship, humanity and loyalty.  Somehow his exclusion doesn’t feel right.

Maybe it’s the fact that Lichtlein and me are born in the same year and I still remember him playing for the German junior national team all the way back in 1999.  His wild hair, the whacky moves and crazy style are right in front of my eyes.  Except for the dyed hair not much has changed since then; Lichtlein is still full of emotions on the court and one of the kindest people and a true professional off the pitch.  So can I be objective?  Probably not.

His outstanding character might also be his biggest problem.  While others like to be in the spotlight and don’t mind to make certain statements, Lichtlein always accepted his role as the player in the background.  In 2004 – still in the early stages of his career – it didn’t come as a surprise that he was left out of the team that went to the Olympics in Athens.  Four years later, Henning Fritz and Johannes Bitter were probably the best goalkeeping duo in the world and in 2012, Germany didn’t qualify for the London Games.

More recently, Lichtlein played extremely well during the World Championship in Qatar, while his biggest rival, Silvio Heinevetter, struggled with his form.  He didn’t even make the cut for the European Championship 2016.  In the meantime a young guy named Andreas Wolff conquered the hearts of German handball fans, leading the squad to the title of European Champion while making the All-Star team.  Over the course of two weeks, Wolff had not only established himself as goalkeeper number one but as the new face of German handball.

As always, Lichtlein supported Wolff from the bench as a true leader of a team full of young stars.  He had accepted his position as number two once again, without any complaints.  But all of a sudden, back home from the European championship, Lichtlein’s form curved dipped, while Heinevetter put on a series of spectacular performances.  Ever since taking over the job as Germany’s head coach, Sigurdsson has made winning his number one priority and this time he opted for Heinevetter instead of Lichtlein.

It probably was one of the more difficult decisions he had to make – Lichtlein was even considered as Germany’s flag bearer.  When Team Germany departs for Brazil, Lichtlein will have to watch the action from the stands yet again.  And while it might sound totally unreal right now, Tokyo 2020 is just four years away.  For some reason, the wild hair, the whacky moves and the crazy style appear right in front of my eyes in the capital of Japan.