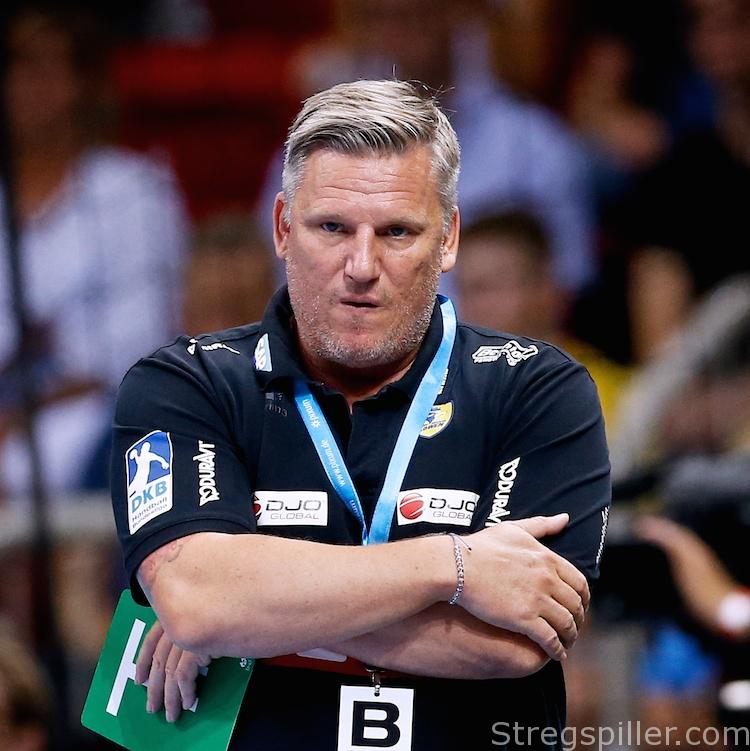 stregspiller – MATCH OF THE WEEK – Kielce’s coach, Talant Dujshebaev, shuffled his backcourt line frequently to confuse Rhein-Neckar Löwen, paving the way for a surprising but deserved win at home.

Tactical cleverness and courage on the part of Kielce’s coach, Talant Dujshebaev, were the deciding factors in this very entertaining handball match, where Kielce was trailing most of the game before winning by three.

Löwen coach, Nikolaj Jacobsen, could not find answers as his colleague on Kielce’s bench constantly changed formations when in attack.

At first, Cindric´s return did not produce the desired results for Kielce.

The home team had significant problems finding gaps in Löwen’s defense and encountered just as much trouble getting the ball past Mikael Appelgren, once the opportunity presented itself.

The visitors were considerably more efficient on the offensive end and it did not take long and Löwen were ahead 4:1 and 7:2.

But slowly Kielce managed to find solutions. The main reason: Talant Dujshebaev tried new things with his backcourt line.  At one time, for instance, we saw a backcourt line including Krzysztof Lijewski as right back, Alex Dujshebaev in the middle and Cindric occupying the left back position.

Even though Kielce began scoring goals, it still did not help them much as their opponents did not miss a beat on the other end of the court. During this phase of the match Kielce´s defense effort was not exactly impressive.

But an increasing number of mistakes in Löwen’s attack, allowed the home team to catch up and move closer. And during the timeout at 12:10, Nikolaj Jacobsen showed his fury. He would get even more annoyed in the minutes that followed.

Appelgren´s savings percentage dropped and with 10 and a half minute left, Arkadiusz Moryto scored the equalizer, making it 12:12.

And three minutes before the half time buzzer, Dani Dujshebaev handed Kielce their first lead (15:14), before the teams changed sides at 17:17.

Kielce opened the second half with a more customary backcourt line consisting of Alex Dujshebaev, Cindric and Jurecki, and, more importantly, they continued where they left off before the break, scoring the first three goals.

None of coach Jacobsen´s tactical moves worked, not seven-against-six and not Mads Mensah Larsen who replaced the hapless Steffen Fäth (0/3) as left back. Still, Löwen came back and even went up 30:27 – only to see Kielce score six in a row removing any doubt about the final result, as Löwen´s seven-against-six attack backfired frequently because of the increasing number of mistakes.

And when Artsem Karalek made it 34:31 with one minute left to play, it meant game over.

Talant Dujshebaev. Those of you who follow me closely know that I have been critical of Kielce’s Spanish head coach – often.

This time, however, Dujshebaev senior deserves all the praise. His bold moves, making changes to his backcourt line time after time had impact and confused Löwen’s defense.

It did not work all the time, but in the end it was enough against an opponent who could not find the tools to turn the tide.

First of all, Luka Cindric is the reinforcement Kielce was hoping for and this will become more evident as time goes by.

After Kielce’s win and Barca´s 31:28 victory against Veszprém, Group A is completely open after only two rounds.

All in all, Kielce have left a good impression thus far in the competition and especially when considering all the injured players. Going forward it will be even better, in particular when Jurkiewicz and Mamic return.

It will be really interesting to see what they can do against the ruling Champions League winners, Montpellier, next Sunday, while Rhein-Neckar Löwen have only four days of rest before they get a chance to bounce back against Meshkov Brest at SAP Arena.