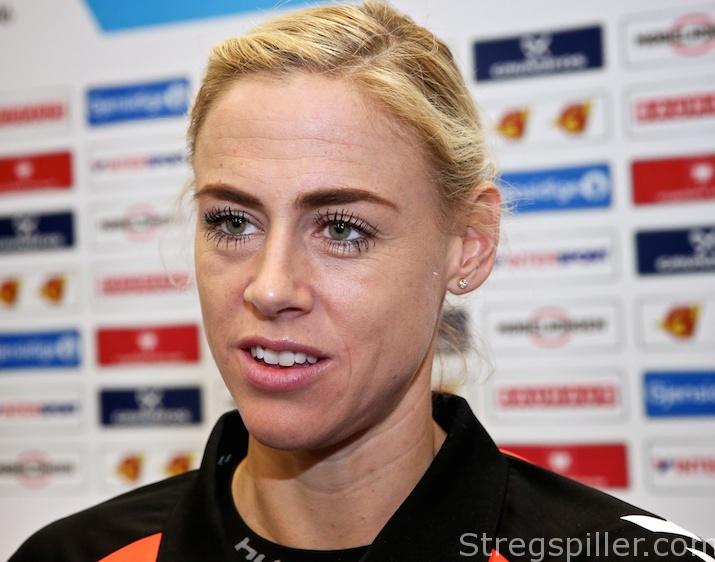 Estavana Polman is convinced that the Dutch team will do better than in their most recent final against Norway, while playmaker Maura Visser is not concerned by the team’s breakdown one year ago.

Estavana Polman needs no time to think when being asked to mention three key reasons, why the Netherlands will win the European championship final against Norway on Sunday evening.

Of course, the comment was made with tongue in cheek, but she certainly predicts considerably more resistance from her team when compared to the match one year ago, when the Netherlands met Norway in the final at the 2015 World Championship in Denmark. In this game, on December 20, 2015, in Herning, Polman scored the first goal of the match but that was it – pretty much – for the Netherlands back then.

The rest of the encounter, and the first half in particular belonged completely to the Norwegians who decided the matter in the first 30 minutes, building an insurmountable lead of 20:9.

“I think we have improved a lot since then, and that we have become much stronger. I also think that our performance in this tournament so far proves all of it.

“The final a year ago was our first final ever, so we were obviously very inexperienced with that kind of match.

“The year that has gone by in the meantime has given us a lot more strength and experience, and I am sure that this will come in useful to us on Sunday,” says the 24-year-old left back who has also gained more international experience from her Champions League matches with Danish champion, Team Esbjerg this fall.

Improving throughout the competition

Unlike Estavana Polman, Maura Visser is not concerned about any bad memories from the defeat against Norway a year ago, as she was not a part of the Dutch national team at the time.

In fact, the 31-year-old playmaker has been away from the national team for quite some time, but after Helle Thomsen had taken over as national coach in the Netherlands, Visser has made a comeback.

Thomsen knows Vissser from her time in the Danish league with Horsens and KIF Vejen and provided her with an opportunity to come back, a chance she has grabbed with both hands.

Even though she was not a part of the humiliating loss in 2015, she obviously expects a better Dutch performance this time.

“I certainly do, and when I look at the way we have been playing at this tournament, I think this gives reason for optimism.

“We were good at leaving our opening defeat against Germany (30:27) behind us, and since then, it has been going in the right direction for our team, and I actually think we have improved match by match.

“Furthermore, there is a really good atmosphere and spirit in the team, and this is for a great part due to the coach.

“It has worked really well with Helle (Thomsen) as coach,” says Visser who is now earning her living in German Bundesliga club SG BBM Bietigheim, where she recently qualified for the EHF Cup group phase.

Cannot guarantee a victory, but…

“Of course, we realize that Norway is an extremely strong and experienced team.

“They obviously also know better of how to play this kind of (final ed.) game than we do, but still, I believe we have a really good chance this time.

“It will be deciding, if we can find a solution for their defense, and if we can prevent their counter attacks.

Our own defense and our goalkeeper will certainly be the keys to a victory.

“Of course, I cannot guarantee that we will win, but I can assure you that we are going one hundred per cent for a victory, and we believe in our chance,” is the promise of Maura Visser.

And if all comes true, Estavana Polman may be right after all, that Dutch girls do have more fun!