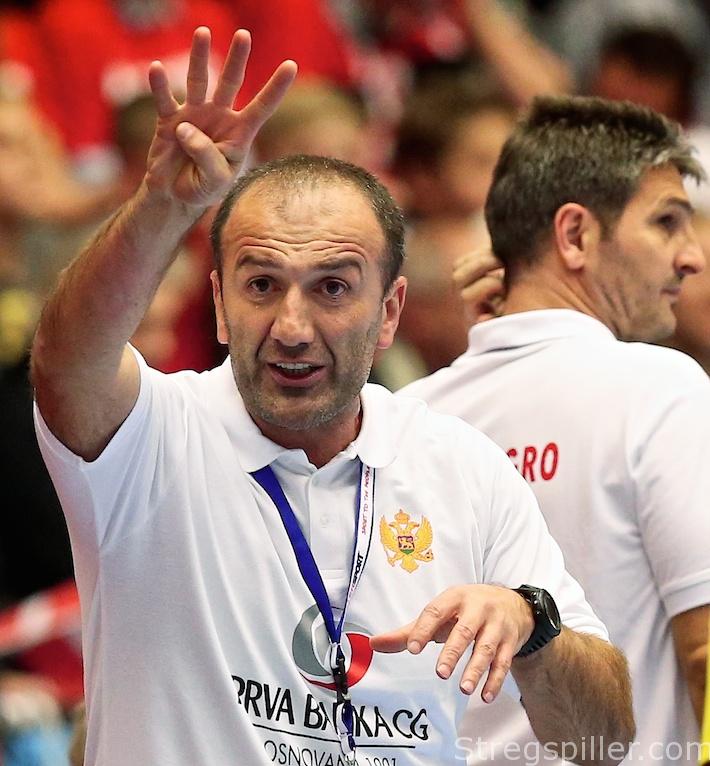 INTERVIEW – Buducnost’s coach Dragan Adzic is happy following an easy Champions League victory in Denmark and is looking forward to the top match against Gyor.

Even with three match days remaining in the main round of the Women´s Champions League, ruling champion ZRK Buducnost is already assured of proceeding to the quarter-finals.  Their 28:18 road win against FC Midtjyllland this past Sunday made it all possible.

“It is crucial for us clinching our quarter-final berth at such an early stage – actually, I am quite relieved.”

“Now, we can focus entirely on holding on to first place in our group as this is important with regards to our possible opponent in the quarter-final.  Although, at this moment it is hard to predict how the teams in Group 1 will be positioned,” said Buducnost coach Dragan Adzic after a decisive win in Denmark on Sunday.

“This was an important win for more than one reason.  It was only our second win ever in Denmark and our first one here in Ikast, where we lost two years ago.  We knew in advance, that this would be a difficult road game,” said Adzic, who already is a living legend in women´s handball.  In 2012 and 2015 he led Buducnost to two Champions League victories, steered the Montenegrin national team to the Olympic silver medal in 2012 and won the European Championship later in the same year.

The most dramatic incident in an otherwise uneventful game was the red card penalty for goalkeeper Marta Zderic after 19 minutes of play.  Apparently, the disqualification of the 25-year-old Croatian did not disrupt Buducnost’s efforts, but Adzic saw it otherwise.

“The red card for Zderic really upset us and forced us to focus all our mental and physical resources.   I am happy to say that we got it done,” said the coach who still refuses to talk about a FINAL4 appearance, not to mention his team defending the title in Budapest later this year.

“First, we will have to get past the quarter-final and before that, we have to finish well in our main round group.”

“In this respect, our home match against Gyor this upcoming Sunday will very important,” said 47-year-old Dragan Adzic, who is already preoccupied with the game against the Hungarian top team at Moraca Hall in Podgorica.  The encounter will not only be a clash between the two top teams of the group, but also qualify as the showdown of the two winners of the Women´s Champions League for the past four years – Buducnost having won in 2012 and 2015, and Gyor in the years 2013 and 2014.

“Our match against Gyor on Sunday is important in several aspects.  For one, it will decide first place in our group.”

“Secondly, it will be critical for us to get a mental upper hand against Gyor, if both teams make it to the FINAL4 and if we run into them again there,” says the coach of Buducnost, who finds that despite the win against Midtjylland, his crew will have to improve against Gyor.

“In order to be able to defeat Gyor, we will need to play even better, than we did here in Denmark,” states Dragan Adzic.