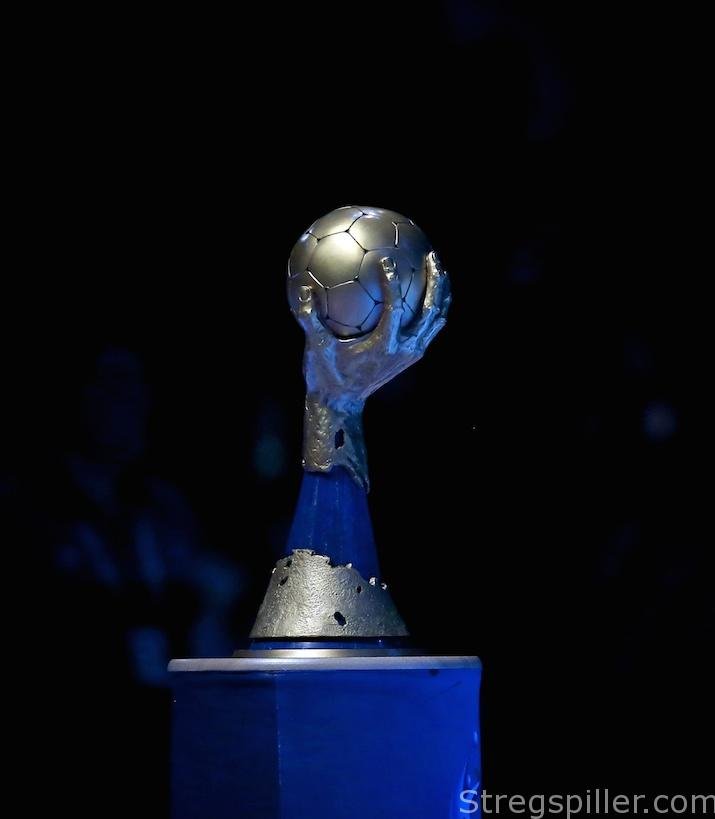 With a record 32 teams competing as well as the conditions and participants constantly changing, the Men’s World Championship 2021 looks set to be one of the wildest rides in handball to date.

Rather than a traditional look through the groups and discussing a number of teams you don’t want to read about, here’s a short collection of some main protagonists as well as a couple of the supporting cast to give you a taste of what is to come at Egypt 2021.

After finally getting their hands on the world title on home court in 2019, Denmark suffered the worst hangover imaginable at last year’s EHF EURO, being dumped out in the opening round.

That appears to have been played off as a freak occurrence and the Mikkel Hansen-led side are among the solid favourites to retain their title this month.

Two major absences for the side are Rasmus Lauge (ACL) and Henrik Toft Hansen (illness) but the Danes are well-stocked and it opens the door to the likes of Füchse Berlin duo Jacob Holm and Lasse Andersson to break into the starting seven.

With arguably the two most in-form goalkeepers in the world right now, Niklas Landin and Kevin Møller, Denmark have the tools to hold on to the crown.

They appear to be the favourites to win in the majority of experts’ eyes. Have Norway learned from their plethora of painful semi-final and final defeats in the past five years?

Unsurprisingly, everything will revolve around Sander Sagosen, but his supporting cast will need to step up in his moments of need. Gøran Søgard and Christian O’Sullivan will deliver exactly what is needed and if one of the right back trio of Harald Reinkind, Eivind Tangen and Kent Robin Tønnesen can turn it on in the big games, Norway are a scary prospect.

Another big question mark is between the posts. We all know Torbjørn Bergerud can be brilliant at times but can he be brilliant throughout?

They could also be seen as dark-horses for this championship. With a very kind quarter of the draw, nothing short of the quarter-finals will be expected from the home side and from there, it’s anybody’s guess.

Unfortunately for them, home advantage has been toned down a fair bit with the absence of fans at the championship but they have the players to do the talking on the court. Yahia Omar has excelled with Veszprém in recent times and will need to deliver a huge tournament to drive his side towards the medals.

Elsewhere, there’s a mixture of exciting home-based talent, a couple of wise old heads and seasoned pros based in Europe such as Mohammad Sanad, Karim Handawy and Mohamed Mamdouh.

On paper, an exciting collection of players, plying their trade at Europe’s top clubs. However, the reality is far from exciting for France.

New head coach Guillaume Gille appears to have changed absolutely nothing, which is the most worrying thing for French fans and their recent matches against Serbia showcased them as a bunch of individuals displaying little devotion to the cause.

Nevertheless, it wouldn’t be the biggest surprise in the world if this group of players suddenly switch on, get their act together and produce a solid championship, they certainly have the quality to do so.

From the three World Championship debutants (DR Congo and Uruguay the others), Cape Verde excite me most.

It has been a quick rise for the island nation, having played their first African championship just last year. Despite their relative inexperience at international level, the majority of the squad is at a ripe age and play their club handball in Europe.

In group A, they have a golden opportunity to progress to the main round behind Germany and Hungary with Uruguay their primary rivals.

A player to look out for is Leandro Semedo, a powerful and dynamic left back, currently playing for Ademar Leon, who is likely to lead the line in attack.

On Tuesday evening, it was confirmed that Czech Republic and USA would both be out of the event due to a raft of COVID-19 cases.

Up steps two solid if unspectacular European nations to fill the void at short notice – mind you, it seems that the Macedonians were ready and waiting to step in.

A silver lining for us as fans in this dark COVID cloud is that two of the world’s best players are joining the party – King Kiril Lazarov and Andy Schmid, who will finally get his chance to play at world level.

It is impossible to predict just how ready these sides are, particularly Switzerland, but this championship is very much a free hit for both and with both teams possessing a player who can rack-up 10 goals a game, they are true wildcards at Egypt 2021.