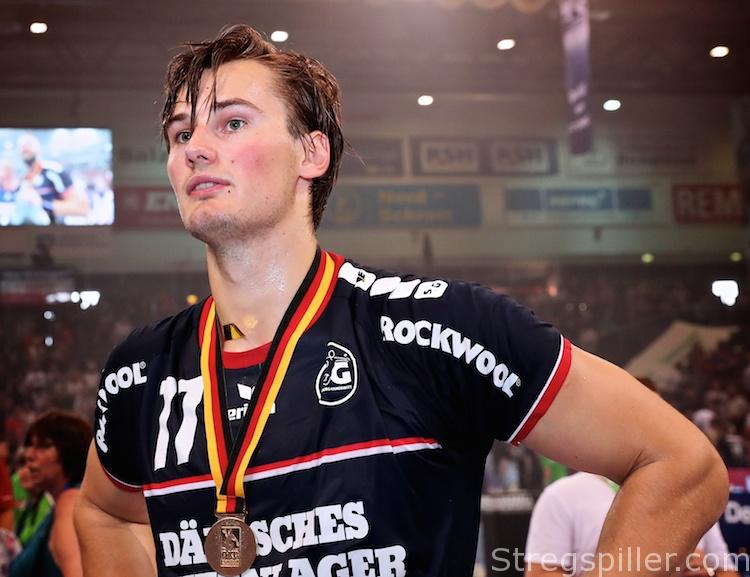 FEATURE – How do handball players deal with the Covid-19 break? Is it a welcome interruption of an otherwise tough schedule or do they fear an even tighter program once competition resumes?

Should all handball federations cancel the remainder of the 2019/20 season, as some organizations already did and plan ahead? Opinions are split, as the interviews with two of the sport’s best players reflect.

How do top handball players spend the unexpected free time, forced by the Covid-19 pandemic that has put a temporary end to all sport activities around the globe?

“I was in Norway, when everything shut down, so I am quarantined at home,” explains Magnus Rød.

“Fortunately, I have a well equipped fitness room in my apartment, so for me it will be relatively easy to maintain a meaningful training program, which I have developed in close cooperation with the chief physio therapist of the national team, Harald Marcussen.

“I would not say that I welcome the interruption, as I just returned from an injury break, but it is as it is and I try to make the best of it,” says the 22-year-old right back.

In fact, he hopes that he will not need his current practice sessions anymore. Several handball federations already took steps and cut their national leagues short, Rød makes no secret that he supports the decision.

“I hope this season is over.

“In any case, players should not be used as guinea pigs to find out if Covid-19 is behind us.

“Of course, it would be great to play the Olympics, but leaving this event aside, it’s the right decision to cancel the rest of this season and start fresh in 20/2021,” he finds.

His current club – Flensburg – are still in contention in the Liqui Moly Bundesliga as well as in the VELUX EHF Champions League, where they have reached the Round of Last 16. Still, he’s convinced that the rest of the Champions League season should be cancelled as well.

“Don’t get me wrong, I wish all the best for the sport of handball, but the rest of the program would simply be too tough, if we have to play in June or even July and then start again late July or August.

“It would be much better to begin fresh in August or September,” says Magnus Rød.

“If the break was only a matter of a few weeks, it would be nice to have this rest in between an otherwise tight schedule.

“However, as things are we do not know how long it will take and by when normal competition can resume. So, it’s a real difficult question.

“To me, everybody’s health and safety is most important,” the 25-year-old backcourt player tells stregspiller.com.

“If this goes on for long, the remaining program will be even tougher than originally planned. It would mean that the rest of the French league as well as the Champions League would have to be carried out within a very short period of time.

“Given this scenario, the best solution might be to cancel the rest of the season. Yet, there are many other issues to be taken into consideration, not the least the financial situation of the clubs,” says Xenia Smits, who tries to keep fit the best she can during the forced break.

“Of course, all fitness studios here are closed as well, but I always liked to run, so that’s what I do and lots of it. In addition, I use whatever I can find in my apartment to exercise and maintain strength,” she smiles.

Just like Magnus Rød and Flensburg, Xenia Smits and Metz are still competing in the EHF Champions League, where a quarter-final clash with Rostov-Don would be next.

“Obviously, I still hope it will be possible to play those quarter-finals, as I have a real desire to reach the FINAL4 together with Metz once again.

“In the French league, we are in a very good position for a repeat win of the championship, but if it turns out that it won’t be possible to finish the season, we will have to accept it. That’s the way it is,” says Xenia Smits.