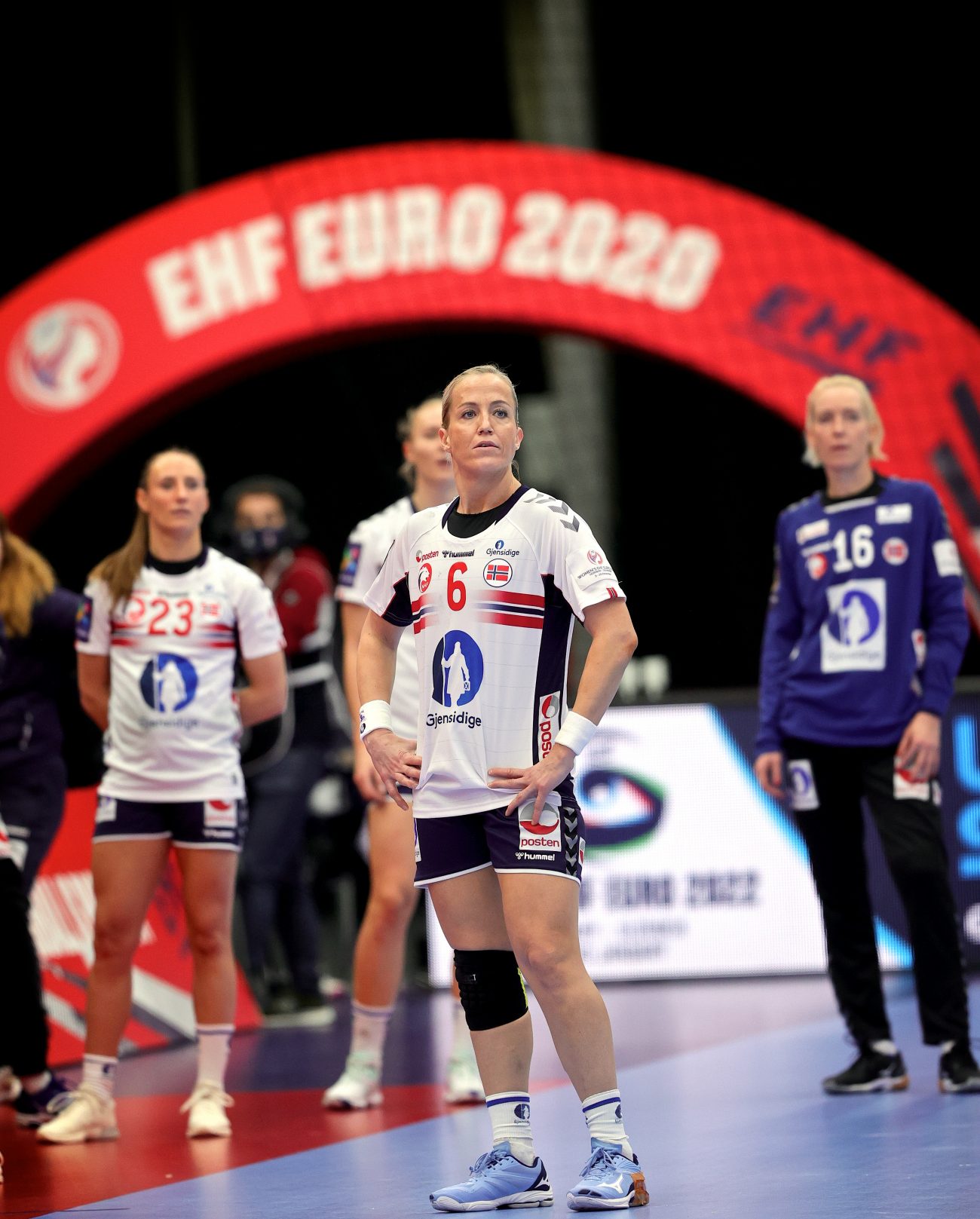 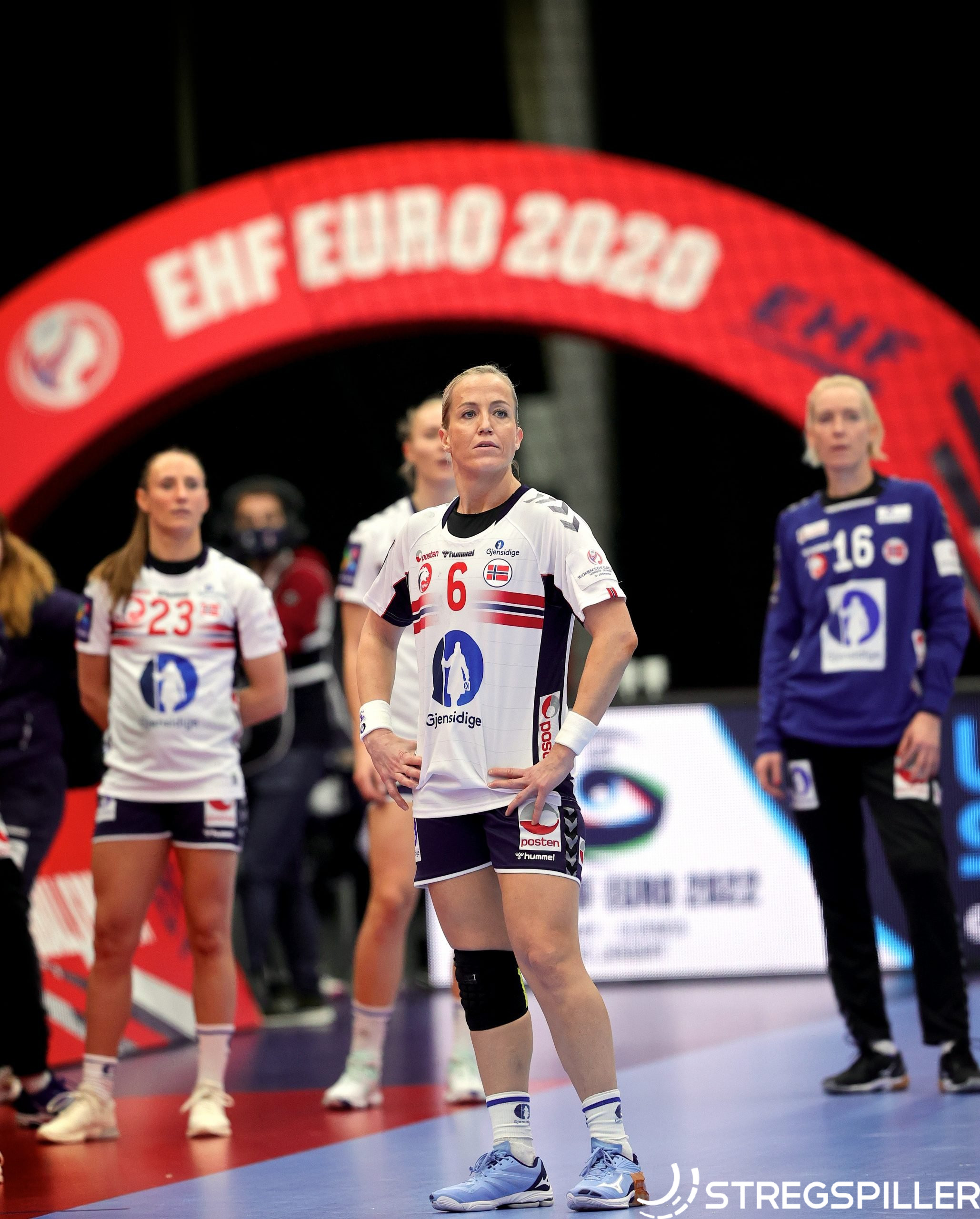 It was a remarkable handball tournament in of itself, which took place deep into the Covid-19 pandemic, with Norway pulling out as co-host in the eleventh hour and leaving Denmark as the sole nation to bring the event to life.

The way, Denmark’s Handball Federation put together the logistics for the expanded version of EURO 2020, in a rather short period of time, deserves nothing but praise.

Morten Stig Christensen, Secretary General of the Danish Handball Federation, summed it up best during the closing press conference:

“Three weeks ago, I wouldn’t believe it if anyone told me what a great success this championship would be. To play the tournament in such exceptional and demanding circumstances was tough for everyone involved, but thanks to great teamwork, patience and hard work, from all shareholders we were able to play a tournament in a safe and healthy environment and also able to deliver a great event to handball fans all over the world. It was not easy, but we did it.”

Inside the arenas it was not as spectacular – it just couldn’t. With no spectators allowed in the two venues (Kolding and Herning) because of the strict application of hygiene concepts, indoor emotions could not develop.  To those inside it felt more like an exclusive production, staged to be to captured on film and photo only and without any additional eyewitnesses.

Safety, health and delivery of the event to a remote audience were of utmost importance and took center stage during these trying times.

Fortunately, it did not result in diminished excitement outside the handball halls – to the contrary. Denmark’s medal run, in particular, captured the interest of the public and each one of the host’s matches was watched by a 50% share of the TV audience, according to a press release by the EHF.

The utilization of social media channels grew even more in importance in delivering EURO 2020 into the living rooms and as a “2nd screen” experience.

From a sporting point of view, the field of competitors could be divided in three distinct groups with the benefit of looking in the rear view mirror.

The first one included the few countries with well-established (team) structures, which allowed a somewhat “normal” preparation, leading up to the handball highlight at the end of this year. Nations like Norway, Denmark, France and Russia fell into this category.

The rest of the teams with one exception belonged to the second group – squads that were significantly affected by Covid infections, on- and off quarantine periods and disrupted training camps.

Croatia was the notable outlier and by some standard played in a “league of their own” after their opening win against Hungary, in Group C of the preliminary round.

In the interview with stregspiller, line player, Katarina Jezic, put Croatia’s unexpected bronze medal run into perspective – “It felt like we were all flying on the court, all together, all sixteen players!”

In the end, Norway came through and took their 8th gold medal in the competition, France showed up as a formidable co-finalist and Croatia’s “Queens of Shock” wrestled the bronze medal away from the host nation.

While all nations were grappling with the implications of the Covid pandemic, the restrictions of the hygiene concept and injured key players, Norway assumed the role of front runner from day one, based on a much improved defense effort and the delivery of handball at the highest speed, powered by the back-court trio, consisting of Mork-Oftedal-Kristiansen.

After struggling in game one of Group A against Montenegro, France regained their footing in defense, in the second match of the championship, dismantling Slovenia by a 10-goal margin, followed by a win over Denmark, finishing the group phase on top and unbeaten.

From then on solid handball took the team of head coach Olivier Krumbholz all the way to the final game and it would not have taken much and his squad would have left the event as back-to-back champions.

Despite the loss of several key players – Rostov’s Anna Sen and Anna Vyakhireva being the most notable ones – Russia started well considering the circumstances and ended up in the number one spot of Group B.

It was the “Red Zone” violation of Russia’s Spanish head coach, Ambros Martin, which gained the interest and caused a media storm with few of the pundits demanding the team leader to be removed from the bench. A fate he would suffer a bit later in the tournament for different reasons.

In Group C, Croatia were “flying” all the way to Herning, culminating in the successful bronze medal match and in Group D it was impossible to look past Oftedal & Co . for the aforementioned reasons.

Like the organizers off-court, Denmark’s handball players, led by goalkeeper, Sandra Toft – several outstanding performances earned her numerous “Player of the Match” awards – demonstrated their skills and abilities on the pitch.

Head coach Jesper Jensen put together a squad, which had the record champion, Norway, on the ropes for the better part of 30 minutes, in a thrilling semifinal before leaving the field as “second winners”.

Toft & Co. kept the home crowd entertained with some refreshing, fast paced handball. Only in the last match, the host failed to reward their most exciting performance in a European championship of the past 10+ years.

In this section the focus won’t be on the All-Star nominations or the adrenalin driven run of Team Croatia, nor the mesmerizing speed handball made in Norway.

Instead the spotlight will be on seven players and one coach, who were not officially acknowledged, but had a significant impact nevertheless and a podcast that was so much more than just another voice on the airwaves.

Julia Maidhof (Right-Back, Germany) – There was much concern with regards to the right-back position of Team Germany after Alicia Stolle had to stay behind. Worries that soon were put aside following several remarkable performances and 24 goals later (a team high) of the player from Bietigheim. Although, she and her teammates did not reach the semifinals, Maidhof ‘s on-court production was a ray of light.

Laerke Nolsoe Pedersen (Left Wing, Denmark) – Only Trine Ostergaard on the opposite wing spent more time on the court. There were other names as well that may deserve a mentioning, but Laerke Nolsoe Pedersen’s inspiring performance exemplified a new style of handball that just fell short of putting the icing on the cake. A reward postponed.

Camila Micijevic (Left-Back, Croatia) – This was one of the more difficult picks, given the awesome team effort of Croatia. Still, the player who finished the competition as the third highest scorer, together with Lois Abbingh (Netherlands), not only stood out because of her 194 cm in height, but her ingenuity on- and off the court during EURO 2020.

Grace Zaadi (Center-Back, France) – Who knows how the final match would have ended with Zaadi on the pitch until the very end? The pre-mature departure after her third two-minute violation had a detrimental impact for “Les Bleus”, for sure. France is just so much better with her on the field. Currently, the best center-back next to Stine Oftedal.

Stine Skogrand (Right-Wing, Norway) – The consequences of having Stine Skogrand on the field cannot be overemphasized, as it is easy to get overlooked in the shadow of Nora Mork, on the right side of Norway’s lineup. Yet, so much of the success of the record champions was based on Skogrand’s tremendous efforts on both ends of the court.

Silje Solberg (Goalkeeper, Norway) – She arrived late to the tournament because of testing positive for Covid-19, but in the end she was instrumental and made sure that Norway would run away with gold medal number eight at a European championship.

Heidi Loke – (Lineplayer, Norway) – The international career of the line player from Vipers Kristiansand is nearing its end as evidenced by her time on the field. Instead head coach Hergeirsson relied on her successor, Kari Dahle. In fact no other Norwegian player spent more time on the pitch than Dahle (46 minutes per game on average). It wasn’t any different in the final match of the competition, but with France closing the gap in the second half, Hergeirsson’s hand was forced, to bring on the most powerful line player over the past decade once again.

Kim Rasmussen (Head coach, Montenegro) – He jumped into Monetengro’s hot seat only days before EURO 2020 took off.  And, who would be better suited to get the most from a team on short notice than the 2016 Champions League winner?

Uninformed Handball Hour (Official podcast of EURO 2020) – Last but not least, one should not overlook the tremendous work of the folks of EURO 2020’s official podcast, “Uninformed Handball Hour” (Chris O’Reilly, Brian Campion and Alex Kulesh), who covered and discussed almost every aspect of the tournament together with their guests. It was the light inside the EURO tunnel.

As one EHF official put it: “Given the situation, the goal was to make EURO 2020 happening – not to create a great championship, but a championship.”

The EHF in close cooperation with the Danish Handball Federation and various other stakeholders pulled off a concept that withstood the test of the ongoing Corona health crisis – period.

By no means was the championship free of incident. Early on, the positive Covid tests in the camps of Serbia and Romania, followed by another positive result amongst a camera crew, only highlighted the degree of separation between delivering EURO 2020 and a possible failure.

Fortunately, those cases remained the only ones and as the competition went on, Corona dropped into the background, at least that’s how it felt, when inside the arenas.

Outside – reminders of the presence of the deadly virus were plenty and in plain sight. Closed restaurants, hotels serving breakfast in a paper bag, placed at the doorstep of each room and long lines in front of Covid testing centers were only a few of the many examples.

The concept of creating a bubble (including the teams, referees, officials and select media representatives) was proven and other event organizers may want to take note of the specifics and build on it, as long as such measures are necessary.

Time to say, ‘Thank You’ for the efforts of the EHF and the Danish Handball Federation, for taking the risk, while controlling the health aspects as good as they did.