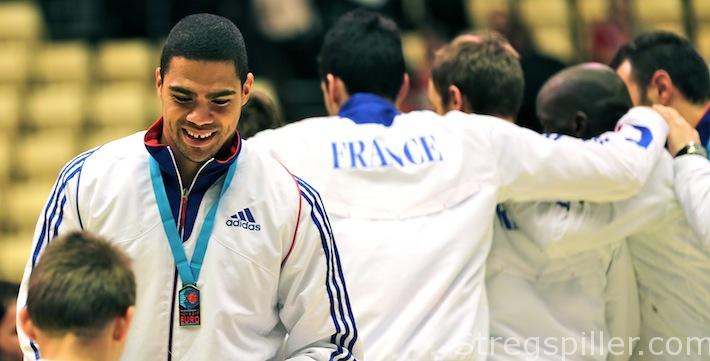 European Champion – do they really want the title?

In previous “Olympic” years, France underperformed at European championships as the team apparently was looking forward to the Olympic Games already.  Will the story repeat itself this time?

Admittedly, the headline may be a bit provocative.   Probably, any team would want to become European champion if they could and this obviously includes France.   Losing the claim to owning the “Triple Crown” – Olympic-, World- and European champion is so unlike them.  The headline might also imply that France will take the trophy in Poland only if they want to.  Fortunately, it is not that simple.  Even though France’s “Les Experts” are one of the top favorites – maybe the biggest favorite of all – there are several highly qualified contenders.

However, in previous “Olympic” years, we have seen a French team underperforming at the European championship – only to win the Olympic gold in convincing style later on in the same year.  Of course, this should not take anything away from Denmark who became European champions in exactly those two most recent “Olympic” years – 2008 and 2012.  The Danish victories were well deserved – especially the first time when they won in 2008, the team’s performance was impressive.   Still, in both tournaments, France played below their potential and maybe we can expect the same approach from them at EURO 2016, which starts in Poland on this upcoming Friday?

France’s national head coach, Claude Onesta, could not say it more clearly, than he did in an interview with Danish TV station TV2 last Saturday.

“The Olympic tournament in Rio is our main objective, but of course we will take the European title too if we get the chance!” he said.

So, now we know what we may expect from France, but can they win if they get the chance, as Onesta puts it?  There is no doubt that they can, at least if they are one hundred per cent committed and focused.

Despite a multitude of injured back-court players, the two helmsmen – Claude Onesta and Didier Dinart – still have a lot of highly skilled players to choose from.  And the way the French team ended the “Golden League” tournament on home ground this past Sunday provided at least a glimpse of what France is capable of.

“Les Experts” won in convincing fashion (36:28) against Denmark in a match reminiscent of the final game at the European championship 2014, when the Frenchmen trashed the Danish host 41:32.  A French team in this form and shape will be hard to beat.   But their “Golden League” performance did not convince all observers of their strengths, as they won narrowly against Norway (27:26) – and certainly not when they lost 28:25 versus Qatar.

This leads me to a big uncertainty when I try to make predictions ahead of this European championship.

As none of the participating nations have played any competitive matches since the EURO qualifiers this last spring, test matches are all we can judge the teams by.  Considering the most recent results, we should call a final between France and Spain and end the article right here.

However, we can and should not base a preview on the latest games alone – although it has to be said that Spain left a very strong impression in their three test matches on home ground this past weekend.  The Spaniards were particularly imposing in their encounter with Poland, who they defeated 26:12.

The squad with the deepest bench always prevails

If these results are indicative of what is to come, we should write off Denmark and Poland as contenders for the title right away.  Can we?  No way!  Handball is not that simple.

Until their outsized defeat to France, Denmark played quite well, in particular on the offensive end.  Had it not been for the injuries of line-player and defense specialist René Toft Hansen and “joker”, Michael Damgaard, Denmark would have been among my top contenders. And I still believe the team is up there.

So is Poland, despite the spectacular 14-goal loss against Spain.  After all, Poland won the bronze medal at the World Championship in Qatar a year ago and a team does not become that much weaker within 12 months.  Furthermore, history should have taught us to never underestimate the advantage of playing at home.

Almost without exceptions, the hosts go far at major tournaments.  Considering the support the Polish team will have from the home crowd they are an obvious candidate for the title, together with France, Spain and Denmark.

Maybe we will not get an exact indication of Poland’s form curve until January 19th, when Poland and France meet on the last day of play in Group A, in Krakow.

There are more reasons, why I see exactly these four squads as the most likely winners of the title: They have the deepest benches.  A strong bench is crucial in competitions like this one, where teams will have to play eight crueling matches within a fortnight.  A great starting lineup may be good enough to succeed during the group phase and it may last into the main round, but in the end teams without sufficiently qualified substitutes will run out of resources.

This is the reason why a team like Iceland often starts a European- or World championship in a respectable manner – but usually without being able to carry through until the end.  They always have great players – but they never have enough of them at the same time.

This is also one of the reasons why I do not mention Croatia among the nations that I see having a chance to become the next European champion.  The other reason is the generational change that Team Croatia is currently undertaking.  Their squad includes several young players that lack the experience necessary to succeed at the international top level.

Of course, we cannot guarantee that France, Spain, Denmark or Poland will be the four teams at the top of EURO 2016.  Handball would be a boring game, if we could.  There will be surprises along the way – but will there be one in the end?