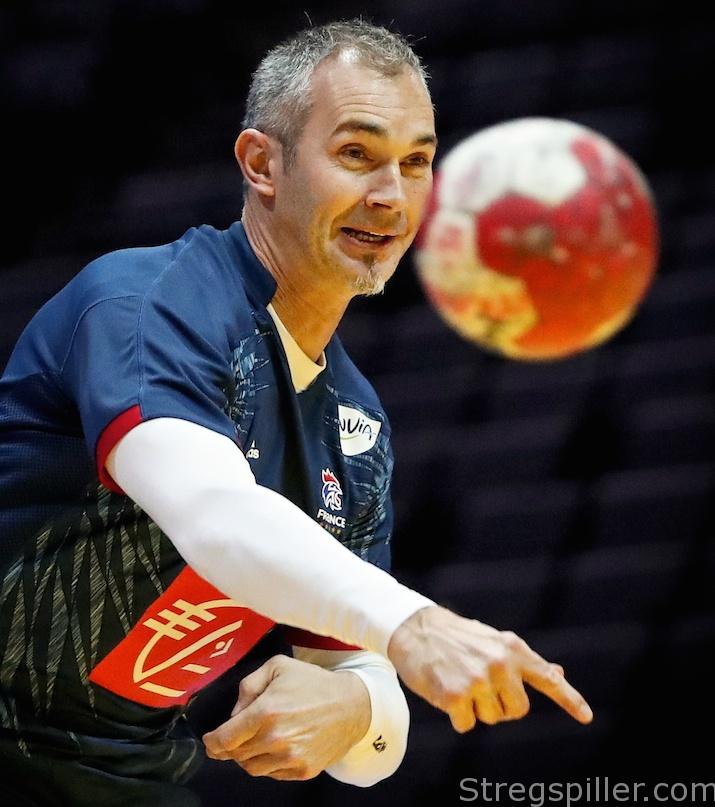 Everyone wants to beat Paris

Three weeks after the start of Germany’s Bundesliga and only one day before the Velux EHF Champions League, the Lidl Starligue will step back into the spotlight.  And with it comes a question that has been answered with a resounding “no” in the last three seasons: Will anyone be able to stop Paris in their quest for yet another national title?

“Paris remains the favorite, but Nantes – winner of the Champions Trophy – provided information to all the other teams that you can beat them,” says beIN Sports commentator and former French national player François-Xavier Houlet.

But even if, over the course of a single game, Nantes and others may stop Paris, it’s unlikely anyone will be able to sustain the rhythm until next May.  As Noka Serdarusic only used five players in the back-court last season, he now will have one more – 21 year-old Norwegian left-back, Sander Sagosen.

Behind Paris, as they are everybody’s favorite, Nantes wants to carry on and continue their progression.  Second in the national league, winner of the Cup and round of Last-16 participant in the Champions League – 2016/17 was a hell of a season, and some pundits see the potential to move even higher.

“Nantes is the team with the most guarantees, which is a bit of a surprise, given how young and the high-level the club is at.

“But Nantes is still a work in progress, Thierry Anti is adding one small piece after another,” adds Houlet.

Indeed the “small piece” that joined Nantes over the summer is a very big one – Macedonian right-back Kiril Lazarov.  At 37, he hasn’t come to France for retirement and his left arm, is still one of the most powerful in all of handball.

“I think that not only the first two (clubs ed.) will remain, but the four top teams look like they will finish the season in the same position as before.”

François-Xavier implies that Montpellier and Saint-Raphaël respectively will find themselves as third and fourth come the end of the season.  Montpellier, despite losing Jure Dolenec (he joined Barcelona), found a good replacement in Melvyn Richardson and the squad may be able to cause some headaches to Paris and Nantes, just as they did last season.

For EHF Cup semi-finalist Saint-Raphaël, trouble lies ahead.  After losing Xavier Barachet because of a wrist injury during pre-season, the team also lost the two games for the Champions Trophy and their schedule is not appealing at all.

“The start of the campaign will be very hard for them, as they play Paris, Montpellier, Nantes and Chambéry all within the first six games,” Houlet points out.

And behind the “Big Four”, it’s very much open to snatch a European ticket.

“There are a lot of teams that we don’t know much about.  Dunkerque’s renewal was a must and it looks good on paper.

“They’re the only team I can see finishing fifth, Aix and Nîmes will come in a little bit behind.

“And there are a lot of question marks about who will finish between fifth and tenth,” Houlet carries.

In the back of the pack there will be more answers than questions. Saran, Cesson and Massy will probably fight for relegation and the “winner” will be the team capable of taking most points on home court.  Saran, with Chema Rodriguez, and Cesson – now with five Belgian national players – will be interesting to watch.  For all these clubs the final verdict may only come in the very last second of the last game, just like last season.

The self-proclaimed “League of the Stars” will be welcoming two more former Champions League winners this season.  Kiril Lazarov and Chema Rodriguez, both 37, joined teams with very different profiles and their decision for the French league is a clear sign that Starligue continues to attract high-profile players.

“It’s not only about them, the arrival of Sander Sagosen is even more important, because with him you’re attracting a guy who might be the IHF “Player of the Year” in a couple of seasons.

“Attracting Lazarov and Chema shows that the French teams are now able to not only provide them the salary they demand but a good level of play as well.

“And these guys are no “cheaters”, they’re not here just for the paycheck.