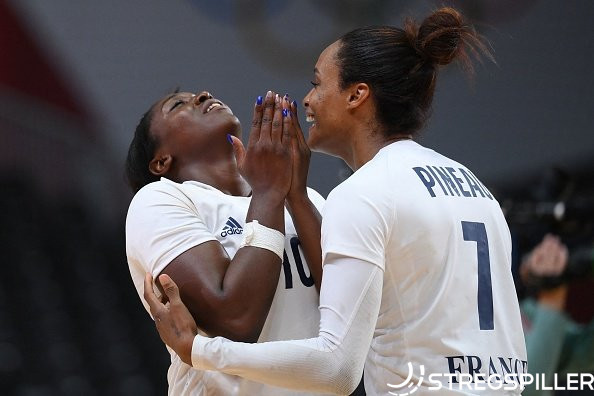 Another day, another final, another repeat of the Rio 2016 final. A repeat in all but name, of course, as we had the Russian Olympic Committee, rather than Russia, but the spirit and the stars of the team were largely the same as that remarkable victory in 2016, beating France 22:19 to win gold.

After a slow start to the championship, the Russians produced a defensive masterclass in their semi-final to dump out the gold medal favourites Norway.

France were on the edge back in the preliminary round, effectively playing knockout matches since losing to 28:27 ROC on 31 July.

It was a completely different French outfit from that point as they turned on knockout mode and secured impressive wins over Netherlands and Sweden.

There was no arguing with the result today. France were the better team from start to finish, outclassing the ROC on the tactics board and on the court, winning their first women’s Olympic title and making France the first nation to win both the men’s and women’s golds in the same event since the Soviet Union in 1976.

It was an opening period with two very different approaches. France learned the lesson from Norway’s semi-final defeat and focused on using their speed and off the ball movement to create breakthrough opportunities and find Pauletta Foppa on the line.

Russia’s defence struggled to deal with this and gave away five penalties in the opening quarter, while Foppa continued her stellar form with five goals on the line, connecting beautifully with Grace Zaadi.

With France’s defence holding strong at the six-metre line, the Russians took a more direct approach with back court duo Daria Dmitrieva and Polina Vedekhina scoring nine goals between them, keeping them in touch at the break – but how much longer would that approach continue to work?

Grace Zaadi began to turn on the style with a lovely spin past the defender and goal, followed by a behind-the-back pass to Foppa, giving France a 22:16 lead with just 15 minutes remaining.

No matter what ROC threw their way, France had an answer at both ends of the court. Olivier Krumbholz rotated his bench, as he always does, and everyone answered the call.

With over a minute left on the clock, France knew that had done it and the tears were already flowing as the men’s team serenaded them on the sideline, truly joyous scenes for the team which have been through so many ups and downs over the past five years.

It is difficult to pinpoint a single difference on this occasion as three stood out to me.