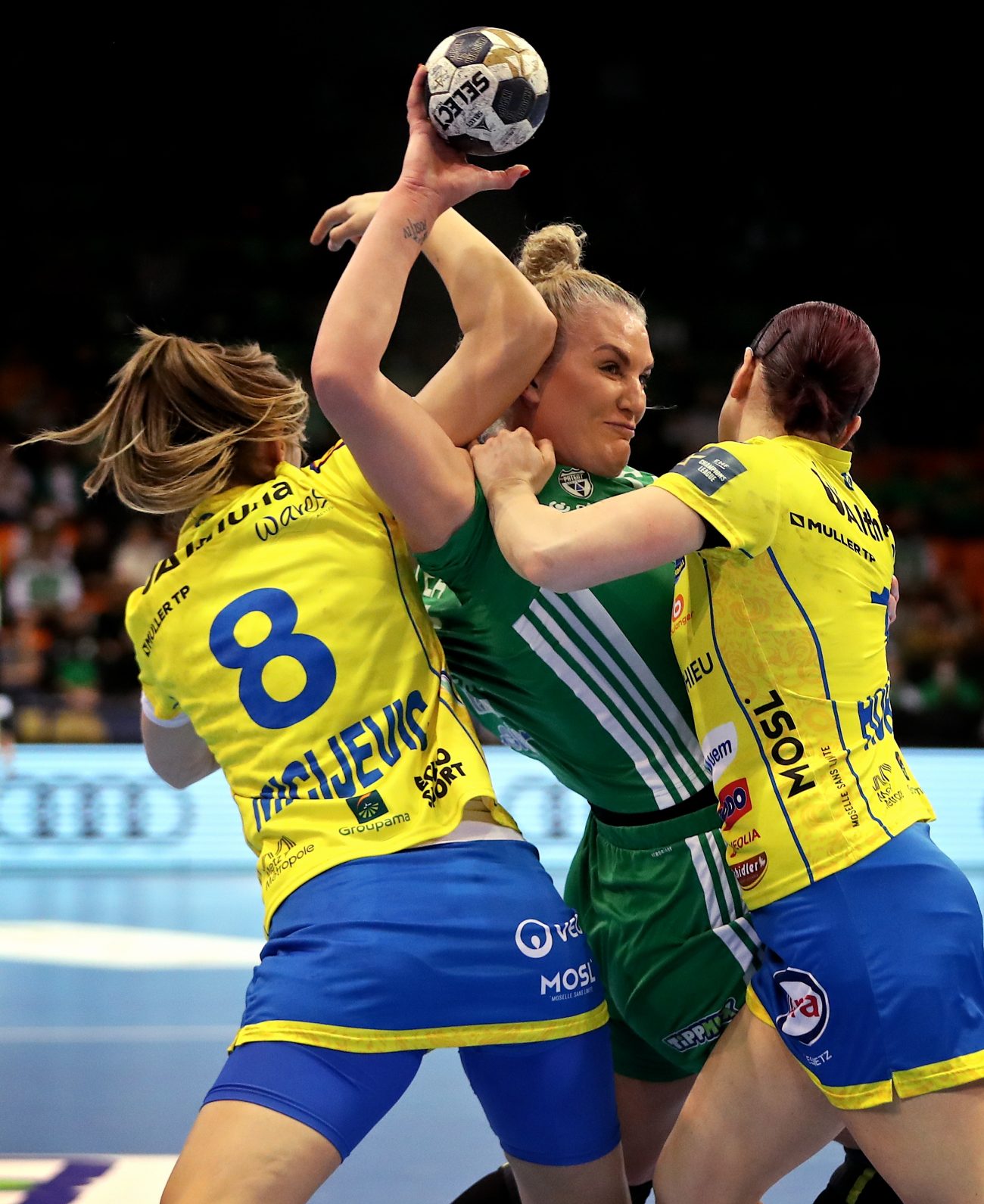 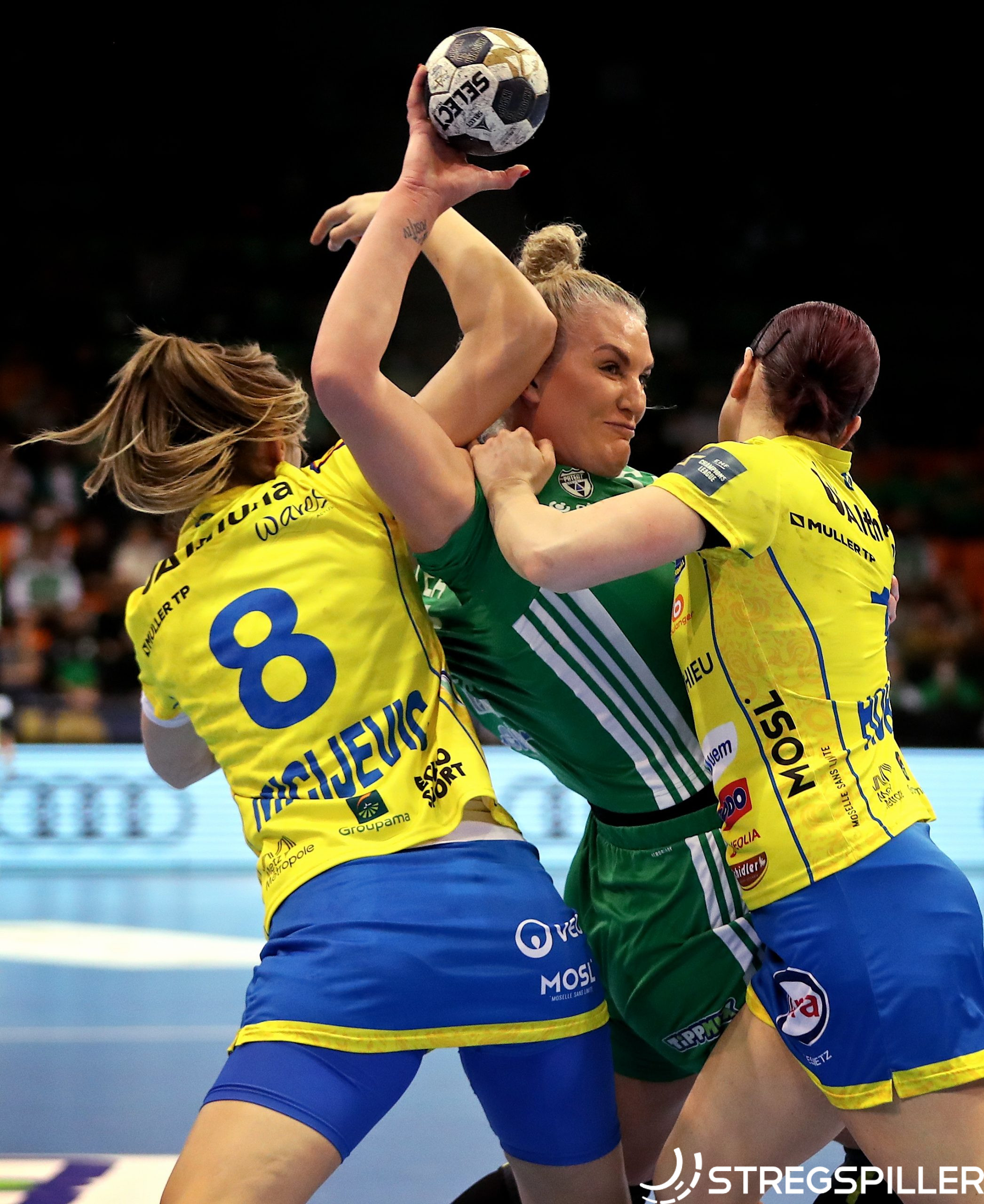 For both teams it was the first EHF Champions League match in 2022 as the earlier round in January was cancelled for both clubs because of the ongoing repercussions of the Covid pandemic.

Gyoer would have to do without goalkeeper Amandine Leynaud, Viktoria Lukacs, Dorottya Faluvegi (both right wings), Linn Blohm (pivot) and Jelena Despotovic and Estelle Nze Minko in the backcourt.

Metz, in contrast, could rely on the entire squad and so far this Champions league season had yet to surrender points on the road.  After the tight encounter in Metz, back in the fall of last year, it looked promising on the outset.

Scoring 30 goals  at AUDI arena in Gyoer qualifies as an achievement – on a normal day.  But, the handball match on this Saturday afternoon was anything but your “usual” Champions league fight.

Despite the players who missed the action, the host took off like a space rocket, jumped to an 11:3 lead, while the French record champions fell apart – a rare sight.

It does not happen often that a team with a quality roster like Metz comes apart within minutes into the game.  In offense nothing worked for the French and their self-confidence disappeared into thin air.  On the other side, Gyoer attacked fast, furious and successful.

By minute 14 the scoreboard read 11:3 and the match was effectively decided by that time.

Coach Mayonnade took his time during the break to get control of the dismal situation and afterwards he tried everything to bring his squad back into the game, including a 7-vs-6 formation.

Yet, five minutes into the second half Metz found themselves with only four field players on the pitch and Gyoer easily maintained an 8-goal differential.

Metz fought courageously, but only Tamara Horacek and Chloe Bouquet reached normal form.  Not enough to catch up with a very motivated and well-prepared squad from Gyoer.

Veronica Kristiansen was in exceptional form – 10 goals from 11 shots speaks for itself.

HALF-TIME: Poetry in motion! Goals like this one from Veronica Kristiansen are a big reason why @audietokc_gyor lead @MetzHandball 20:13 at the break!

What can Metz do to stop this attacking masterclass? I don’t know!
What can YOU do right now? Turn on https://t.co/IXYHSdERe0😉 pic.twitter.com/UULBovmbSa