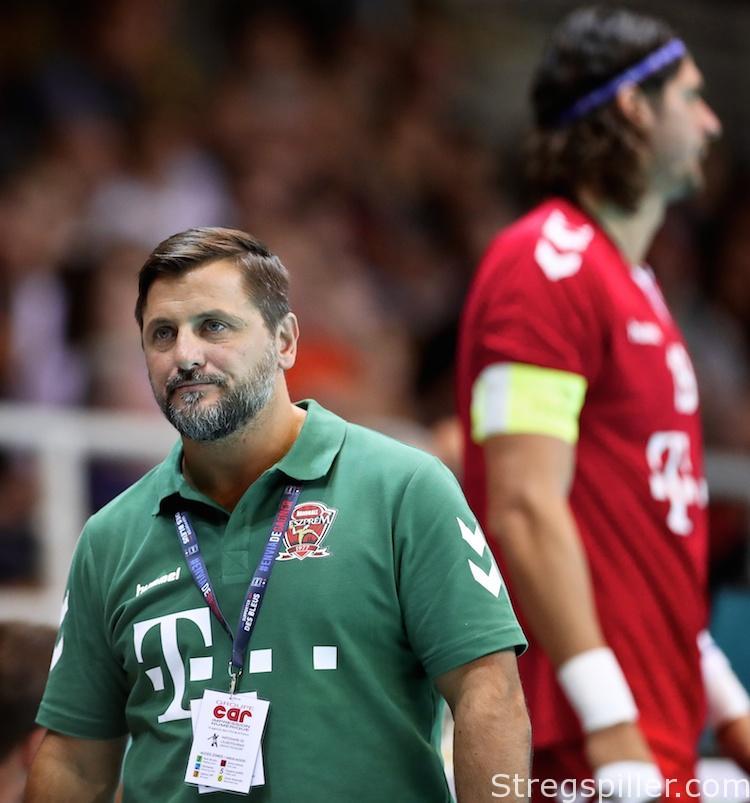 OPINION – When the termination of coach Ljubomir Vranjes (Veszprém) was announced on Monday afternoon, it was one of the least surprising news.

The 27:25 defeat at home against Vardar in the VELUX EHF Champions League the day before, had broken the camel’s back.

Management took charge and cut the ties between Vranjes and Veszprém, a relationship that just wasn’t a match made in heaven.

It may have been breaking news when Telekom Veszprém HC announced the firing of head coach, Ljubomir Vranjes, on Monday afternoon but it did not come as a surprise.

It simply was the logical next step following the 27:25 loss at Veszprém arena against Vardar Skopje and it forced the hands of management.

Before the start of the season, stregspiller.com predicted Vranjes´s seat to be the most volatile one of all, and a dismal start to the 2018/19 VELUX EHF Champions League only added to the pressure.

A narrow and hard-fought 29:27 home win against a depleted team from Kielce was followed by a 31:28 loss in Barcelona and the disastrous defeat that followed against Vardar.

As mentioned before Vranjes was already under pressure because of a disappointing 2017/18 season, his first in Veszprém. Not only was the ambitious Hungarian team kicked out of the VELUX EHF Champions League by the Danish underdogs from Skjern – Vranjes´ men lost the first leg against the Danish champions 32:25, losing by as much as nine goals with a few minutes left at Skjern Bank Arena – but more importantly they seemed to play without spirit.  Already back then Vranjes appeared strangely passive.

Things would go from bad to worse, when Veszprém lost the Hungarian championship to their archrivals, Pick Szeged a few weeks later. Winning the Hungarian Cup was just not enough to satisfy neither management nor the most die-hard fans of the club.

When the poor results continued in the 2018/19 edition of the VELUX EHF Champions League, the termination of Ljubomir Vranjes became inevitable.

The relationship between Ljubomir Vranjes and Veszprém was not a match made in heaven and certainly far from a happy marriage.

Vranjes had left the protected surroundings he enjoyed in Flensburg and joined a club with a completely different culture and a much more demanding environment, to say the least.  For him it was the right time for a change and try something new. In Veszprém he wanted to implement his own ideas of how to play handball but at the same time he had to deal with a number of veteran players who were used to doing things their own way.

He did bring in some new blood, players that he had selected, but it only added to the problem – how to make an unusually large squad work as a team.

In a recent interview with stregspiller.com, he admitted that keeping so many stars happy was just not possible.

Achieving results that were acceptable to management turned out to be impossible to deliver, given the circumstances.

“Ljubo” is not the only victim of the sub-par results in Veszprém.

Sports director Nikola Eklimovic – a former Veszprém player for many years – got axed at the same time and so was assistant coach, Björn Sätherström, a fellow Swede who Vranjes had hired.

István Gulyás, a Veszprém player for 15 years in the 80ties and 90ties, has been announced as temporary coach, while management will look for a more permanent solution.

No matter who will take the hot seat on Veszprém’s bench next, he will be facing the exact same challenges as Vranjes did.

One of the biggest issues will be finding a way to make this giant squad function. How will a new coach stack the deck, so to speak?

Players like Laszlo Nagy and Mate Lekai are untouchable – by the way Lekai is indispensable and so is Arpad Sterbik despite being new to the team.

What will the change mean for players that Vranjes brought in, such as Danish line player, René Toft Hansen, who spent many minutes on the court as long as Vranjes was coach?   Or the versatile Kentin Mahé, who Vranjes convinced to join the Hungarian handball powerhouse over the summer?  Or Macedonian left wing, Dejan Manaskov, who is also one of “Ljubo´s” additions.

“The biggest pressure is the pressure I put on myself,” Ljubomir Vranjes recently told stregspiller.com.

In the end, however, it was the pressure from the outside that cost him his job. His successor will be facing the exact same circumstances from day one.

The objectives are clear and remain unchanged: Deliver all domestic titles and take the team back to the VELUX EHF Champions League FINAL4 in Cologne – and win it!