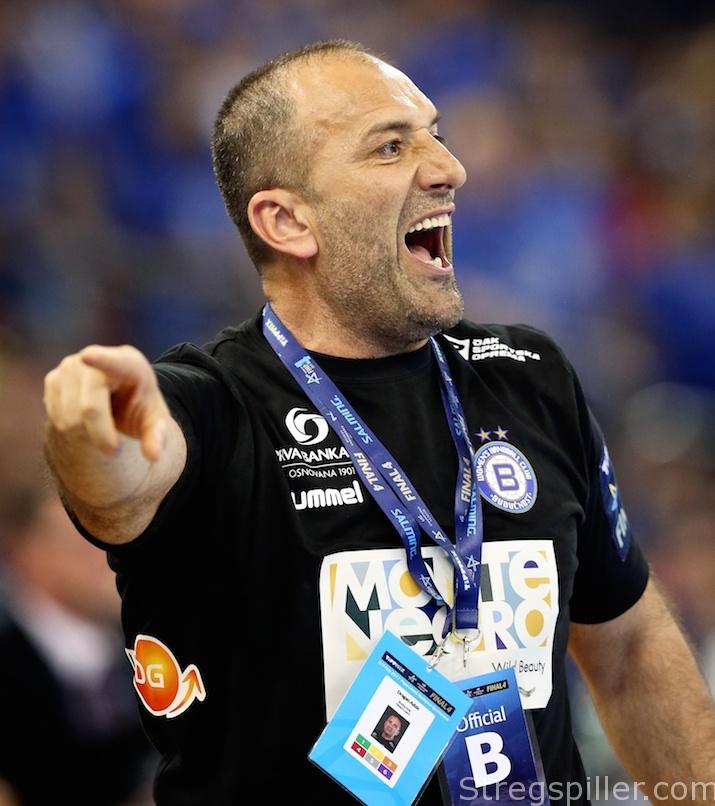 “Fatigue is the worst opponent”

INTERVIEW Dragan Adzic has been synonymous with the success of the handball teams of Buducnost and Montenegro for almost a decade now. Having won two Champions League titles in 2012 and 2015 with Buducnost, he is no stranger to what it takes to succeed at the FINAL4, in Budapest.

However, Adzic has always been guided by his long-term vision. At the peak of Buducnost’s success, the Montenegrin tactician and his team decided to initiate a three-year re-building process, which will end with the completion of the current season.  2019/20 will mark a new era for Buducnost.

A tactically more advanced Buducnost team will make a return to the top and fight for Europe’s most prestigious handball trophy.

Meanwhile, Buducnost will miss their second consecutive FINAL4, after being  part of the pinnacle event from the very beginning.  An opportune time to talk with Dragan Adzic about the upcoming DELO Women’s EHF FINAL4, the favorites, transfers, Buducnost and handball, in general.

Looking back at the 2018/19 season, do you feel this Buducnost team could have done more?

DA: It would have been a good experience for us, to play at the FINAL4. However, I do not think of it as a missed opportunity, just a great experience, as we do have a clear plan ahead of us. There is always room for improvement, but we must remain on solid ground and build patiently – step by step. The goal for this season was to raise the bar slightly higher and we have proven that our young team can be competitive.

It was just another step along the way, a major experience for the players and the opportunity for us to collect information and test the limits of this team. Furthermore, it allowed us to focus on injury prevention and recovery very early on, in order to be ready and prepare for the new season in July.

Approaching the upcoming FINAL4, how do you rank the four contestants?

DA:  No team has made it to Budapest by accident. All four participants have demonstrated that they are worthy contenders.  I reserve a special praise for the tactical diversity of the four teams. All four coaches have done an excellent job with their teams and have remained authentic throughout the season.

However, this particular FINAL4 has – unfortunately – been impacted by injures. Under another set of circumstances a team with the quality of CSM may have made it.  But, it is how it is.  There is a great diversity on display in the Champions League and this season has been one of the more exciting ones. Many teams have shown glimpses of brilliance at times, but it was consistency which prevailed in the end.

Gyor are the obvious favorites. A team with no apparent weakness, playing at the most consistent level throughout the season. We should also factor in the support they will have from the Hungarian fans in Budapest.  That’s a big advantage no team can match.

I like what (Zdravko) Zovko and Gabor (Danyi) have accomplished there (in Gyor ed.). They managed to maintain all the best qualities of Gyor, developed under Ambros Martin, while adding more variety; like playing deeper in defense.

Metz are a team I have a lot of respect for. The way they think and the way they play are exactly what I like to see in a team. I see a lot of similarities to what we do in Buducnost. Both teams are long-term projects, working with young players and developing a recognizable system. They have great balance and stability and they have an excellent coach.

Rostov perfectly embodies the vision of Ambros Martin. They are among the more consistent sides this season, together with Gyor.  They are only getting better. Vipers are well-prepared team, as well.

Which two teams will play in the final?

DA:  As things stand now, I favor Gyor and Rostov.  Gyor have the consistency, while the experience of Ambros Martin provide Rostov a slight edge over Metz.

The expected tight contest between Rostov and Metz could introduce fatigue as an important factor. It will give yet another edge to the other finalist, knowing that the other players did not have time to fully recover.  Fatigue is the worst opponent. It sets you further away from the title.  On the final day, the advantage will favor the team that was able to preserve freshness.

I also think the winner of Rostov vs. Metz, will determine how the final itself will play out. Given the two well coached teams and distinct game philosophies, the other finalist will have their hands full to beat either one of them.

Many teams left an impression during the season, which teams are the best four outside the FINAL4?

DA:  With a clean bill of health, I feel CSM and Buducnost are on the same level as the four teams in Budapest.

FTC are a quality team. They have always been close – brilliant at times – but never consistent enough to realize the dream of having two Hungarian teams at the FINAL4, in Budapest.

Jan Pytlick has done excellent work in Odense, that deserves attention. They play a very distinct and recognizable style.

Injuries throughout the season have prevented Brest from showing what they are capable of, while Copenhagen also showed glimpses of brilliance.

Buducnost already announced significant changes to the squad for  next season, somewhat unusual for a team that often takes a reserved approach on the transfer market. (Six players will leave the club, while four will join Buducnost over the summer).

DA:  Yes – a little bit unusual for us, but much needed. The incoming players are carefully picked and thought-through additions that will give us much needed experience, stability and depth.

The return of Majda Mehmedovic and Jovanka Radicevic on the wings, will give us a big boost to some problem areas, where experience is key.  With Sanja Vujovic (formerly Damnjanovic) we got a well-rounded, versatile left back, with a lot of experience. She will be able to play all back-court positions and also help our defense efforts.  Together with Barbara Lazovic as right back, we now have two experienced players, hungry for success in the Champions League.

The departures are a different story…

DA:  Indeed. There is no other team in Europe so closely related to the national team such as Buducnost. We are the nucleus of the Montenegrin national team. Therefore, we have the responsibility to nurture domestic talent.

Part of the plan is to keep players fit and provide them with ample time on the court to aid their development.(The young domestic players who departed ed.) Itana Grbic, Ivona Pavicevic and Dijana Ujkic are the future of Montenegrin handball. We have a limited amount of games in the season and if they cannot get enough match experience in Buducnost, they must continue their progress elsewhere.

It seems every right back at Buducnost, over the past decade, has been in the shadow of Katarina Bulatovic. What was the reason behind the decision to part ways with her for the third time and how will you replace the legendary right back?

DA:  The decision was mutual. It was based on our idea to explore other options on her position, as well as her desire for a change of scenery.

Katarina has always been a big part of Buducnost and Podgorica is where she is at home. I am happy that during her time with us, she was able to overcome her injury problems that marked her previous season and that she is now back at her best.

Having said that, I am happy with our current options on the right back position. The arrival of Barbara Lazovic will add experience and quality, Sanja Premovic has shown consistent improvement, while the talented Katarina Dzaferovic (turning 17 this summer) is a player for the future. She will be with the A team next season to gain some valuable experience.

Next season will mark the end of the three-year long re-building process, and the beginning a new era for Buducnost. What can we expect from the new Buducnost team, on their way back to the top?

DA:  Buducnost has  a solid base and we have deep knowledge and much experience in running this team. When we entered this re-building process, we set a goal to come back to full competitive strength in 2019/20 – I am satisfied that everything is going according to plan.

Along the way, we have faced numerous challenges, but we came up stronger and even more prepared for what lies ahead. Everything that we have experienced so far – bad and good – will serve us well in the future, at a time when it matters most.

We do not have many matches during the season and it is a challenge to keep the competitive edge and desired performance level from one Champions League game to the next. That is just one reason why we live for each Champions League match.

(Approaching pre-season ed.) we know exactly what to improve and how. Our goal is to enter the new season as a tactically mature team, that has a lot to offer. And, we need to work on implementing the desired changes, which will aid our tactical diversity.

It takes a lot of work and effort to achieve what we have in mind, but we are ready for it. At this moment, we cannot wait for pre-season preparation to begin.