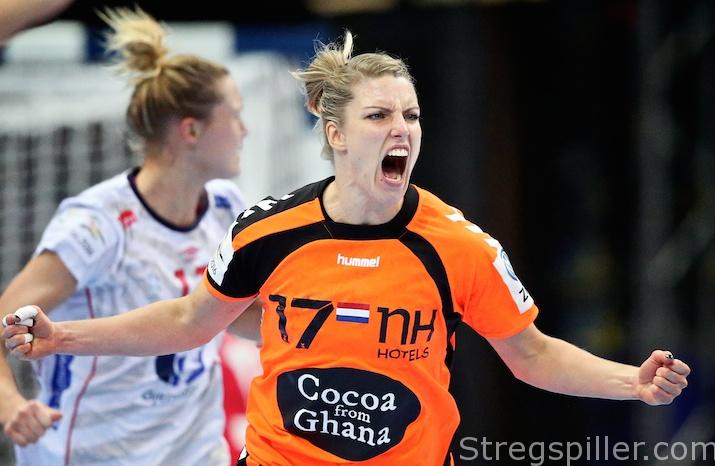 PREVIEW – Krim Ljubljana impressed us all in the group stage of the Women´s Champions League, but what can the Slovenian runner-up do when they visit Hungarian powerhouse, Gyor?

Stregspiller.com´s featured match is Group 2 meeting between one of the hottest candidate for the title – Gyor – and the surprise package of the group stage – Krim.

Apart from a surprising 27:23 defeat on the road to FC Midtjylland – it did not jeopardize Gyor´s group win – the Hungarian top club had no problems marching through their preliminary group without encountering much resistance.

However, the Slovenian side made a stunning comeback and enters the main round with six points just like their opponents on Saturday afternoon.

Duel of the Match: Mørk vs Omoregie

It will be interesting to watch the clash between the two young guns, 24-year-old right-back Nora Mørk (Gyor) and Krim’s left-back, Elizabeth Omoregie, who just turned 20.

Norwegian Nora Mørk scored 36 goals for Gyor in the group stage, while Omoregie, the only Bulgarian player in the Champions League, hit the back of the net 34 times; playing a big part in Krim´s surprising success.

Which of the two hard-shooting ladies will have more success on Saturday? The outcome of their respective performance will have a direct impact on the course of the game.

Other Players to Watch

In fact, we could have picked almost the entire Gyor roster in this category, but for this match, our choice is the 28-year-old Dutch playmaker.

For Gyor, it is essential that Groot can make her game work. She usually does – for her country as well as for her club – and there is little doubt that we can look forward to see all her skills on display against Krim.

A right-handed right wing is certainly no a common sight in top handball these days, but Aneta Benko is the successful exception to the rule.

27 goals did the 21-year-old Croatian score from the right wing position as well as on counter attacks, during the group stage. Gyor’s defense is warned.

Both clubs have been active on the transfer market over the winter break.

Gyor has signed Tunisian line player Asma Elghaoui as a supplement to line player Yvette Broch. Heidi Løke is absent due to pregnancy.

25-year-old Elghaoui has Champions League experience from her 2014/15 season with Russian Dinamo-Sinara.

Nina Zulic is the new name to get acquainted with in the Krim squad.

The Slovenians have broadened their back-court line with the 22-year-old playmaker from league rivals ZRK Ajdovscina.

We cannot mention a Gyor home game without talking the outstanding atmosphere in Audi Arena.

More than 5,000 spectators are likely to find their way to the arena again on Saturday afternoon. They will create an awesome atmosphere, that won’t be experienced in many other handball halls across Europe.

Krim are used to noisy and enthusiastic crowds themselves, still be interesting so see how they cope with the pressure from the stands in Gyor.

Gyor is the clear favorite, and I would set the odds at 80:20 for the home team.

Only some days ago, Les Arenes in Metz was the venue for matches of the Men´s World Championship.

Saturday evening, the arena will turn into a fortress of the local handball women, once again.

Metz will be taking on Hungarian FTC who carried five points to the main round.

It is the meeting between two teams that have showed us some of the most entertaining handball this Champions League season. So there is every reason to expect a great Saturday evening in France.

FTC are undefeated on the road in the Champions League this season, but the Hungarian women are likely to lose this record in Metz.