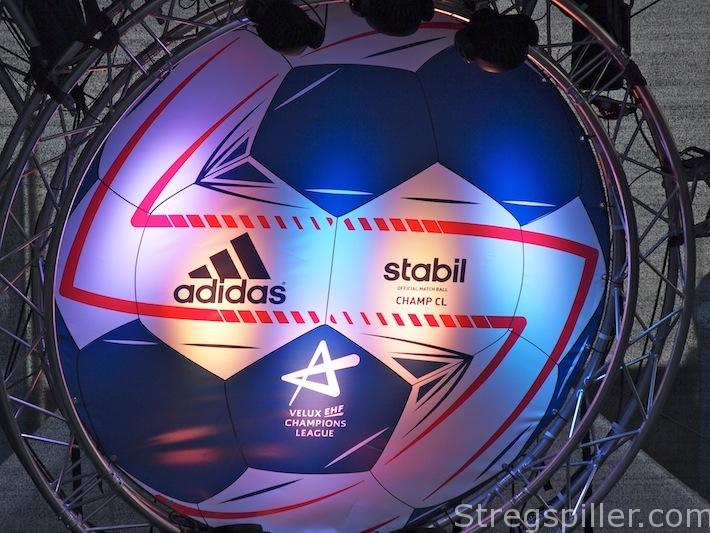 On November 29, 2013 Germany’s Minister of the Interior, Hans-Peter Friedrich, conferred the “Fair Play Award” in the category “Sport” to the Russian judge Andrej Zhukov and photographer Kai Pfaffenbach.  The incident preceding the award ceremony occurred in the summer 2013 at the World Athletics Championship in Moscow when the fourth attempt of Germany’s shot-putter David Storl was corrected after an initial invalid ruling by the Russian track and field judge.  A screen sequence on Pfaffenbach’s camera convinced head referee Zhukov that Storl’s foot had indeed not touched the ring as first thought.  Eventually, the result of David Storl’s fourth trial led to winning the gold medal.

Interior Minister Friedrich said during the announcement: “Fair play is lived every day at many levels of sport, whether in a World Cup Final or in the club next door.  It’s not just about the appropriate design of athletic competition but the respect and understanding dealing with each other.  This year’s winners illustrate the whole range of fair play and are thus a model for many who are active in sports.”

Hans-Peter Kraemer, President of Germany’s Olympic Sport’s Confederation, added: “The correction of the initial ruling by referee Zhukov is testimony to his character and strength of nerve.  Interrupting a World Championship final in a crowded stadium to look at photographic evidence and then to correct a previously made decision on the facts, is an admirable achievement.  I am particularly pleased that the whole world could watch this wonderful form of fair play live on television.”

The next day – November 30, 2013, – 1,810 km south of Berlin the “world of handball” witnessed the extreme opposite of fair play – mildly put.  Denmark’s Aarhus Haandbold had travelled all the way to Strumica (Macedonia) for a second leg match with HC Zomimak competing for the EHF Cup 2013/2014.

Very quickly the game turned into a disgusting slugfest that saw the two referees from Azerbaijan (Vagif Aliyev and Alekper Aghakishiyev) in the role of passive bystanders while observing a multitude of violent and targeted attacks against Henrik Hansen as well as Rune Ohm and Mads Lind.  Overseeing the grueling affair from beginning to end – Jan Rudinsky, EHF delegate from Slovakia.  Eventually, the “fight” ended in Zomimak’s favor 33:24.  The actions of the two referees and EHF delegate or lack thereof rapidly led to the conclusion of having witnessed a manipulated game.  Soon thereafter clips of the match  (http://www.youtube.com/watch?v=unIXuy4uyK4) spread on Youtube like wildfire and very quickly the virtual handball community had reached its verdict.  Zomimak’s “Fight Club” was deemed guilty of having rigged the game in their favor.  Cheating, betrayal and corruption were only some of the more benign terms making the rounds in cyberspace.  A stunning number of brutal attacks by Zomimak’s players aimed at the neck and face of their Danish opponents did not only go unpunished but did not even trigger the blow of a whistle.    As several fouls occurred with no ball near the hands of a player they could only be described as intentional with the sole objective of harming the athlete’s health.  Later Aarhus coach Erik-Veje Rasmussen characterized the performance of referees and EHF delegate as “absurd theater” and labeled the match as “fraud”.  Eventually, a complaint with the EHF was logged.

Only a minority saw fair play all along amongst them Sashko Brndevski, coach of Zomimak HC who was overheard saying: “We will not take any action regarding any allegations because the reason for the Dane’s defeat lie in their own team.  The judges were fantastic much better than the ones in the first match in Aarhus.  The match was fair.”

Sadly for the sport of handball the EHF reached the same conclusion after some time of deliberation.  Apparently Europe’s Handball Federation could not detect sufficient evidence in support of any wrong-doing nor did they find it necessary to punish or further question the –shall we call it – embarrassing performance of the two referees from Azerbaijan or its own delegate.

The contrast between the behavior of Andrej Zhukov and Mr. Pfaffenbach on the one side and the actions of the “experienced” referees from Azerbaijan, the EHF delegate and the EHF itself on the other side could not be any stronger.  Here fair play at its best and there, a blatant case of foul play on- (and possibly off-) court remaining without consequence.

Subsequent to the EHF ruling, JP Aarhus quoted, Per Bertelsen, Chairman of the Danish Handball Federation, saying: “It is difficult to raise the burden of proof required for initiating disciplinary proceedings.”  Why is that?

All professional sports are susceptible to fraud and other corrupt practices.  Handball is not isolated as the incident (i.e. betting ca. EURO 88,000 on the half-time score between Cesson Rennes vs. Montpellier AHB) involving the Karabatic brothers and others in 2012 underscores.  The prospect of taking a quick and apparent risk-free profit via any of the many betting companies is enticing to many not only in France.  But the French court proceedings to date only show how difficult it is to validate match fixing beyond reasonable doubt.  The legal entanglements of Uwe Schwenker, the former manager of THW Kiel, following accusations of having rigged Kiel’s first Champions League win in 2007 is just another example of the complexities of the judicial process.

So does all of it mean that Per Bertelsen is correct in his assessment of the situation at hand?  The answer has to be a clear – “No”.

While the legal hurdles of proving fraudulent actions should remain high; the threshold of fair play can and should be substantially lower as the example set by Zhukov and Pfaffenbach illustrates.  In fact, the “burden of proof” can be set as “low” as looking at a sequence of photos on the LCD monitor of a camera.  In short, use common sense.  It can be that simple.

The legal and administrative tools are at the disposal of the EHF and do not have to be reinvented.   The so much more important question is if the governing body of European handball has the willpower and backbone to recognize and enforce fair play standards as spelled out in Annex 1 (Anti-Corruption and Fair Competition Act) of its current Legal Regulations?

For now, the answer appears to be a resounding “No”.

Fair Play – Respect for the rules or equal treatment of all concerned.