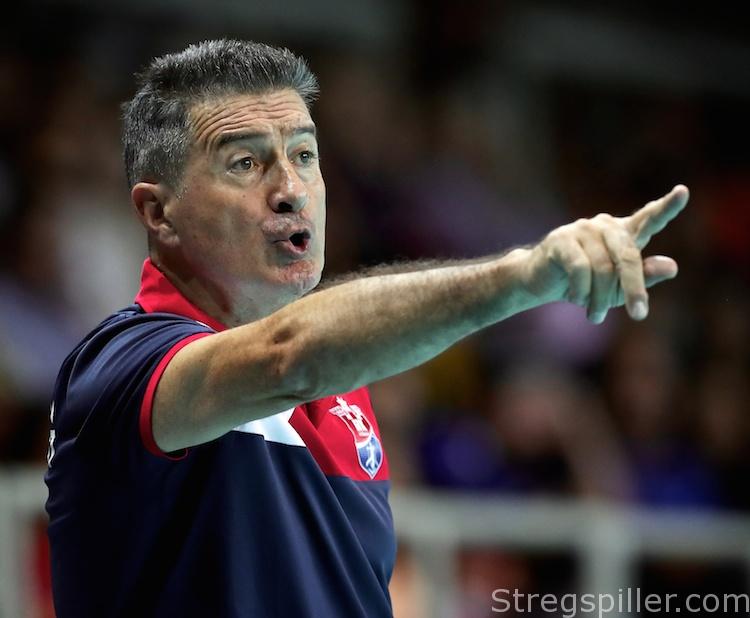 stregspiller.com – MATCH OF THE WEEK – PREVIEW: The last ticket for the Round of Last 16 is at stake, when Meshkov Brest and Kristianstad meet on Saturday evening.

Provided that Montpellier won’t succeed in Skopje, the winner of the encounter in Belarus will be ready for the knockout stage.

Both teams can still qualify for the Round of Last 16, but their destiny will depend on the outcome of the match in Skopje between Vardar and Montpellier.

If Montpellier can pull off a surprise victory in Macedonia, the reining Champions League winners will move on to the next phase of the tournament.

In contrast, Brest will qualify with a draw and a win for Kristianstad will send the Swedish champions to the next round.  In fact, Kristianstad are in exactly the same situation as last year, where they needed a victory in Zagreb.

Meshkov Brest surrendered 28:20 inVeszprém after leading 10:9 at the half in their most recent Champions League match, while Kristianstad lost 30:32 against Vardar.

In the Swedish league, Kristianstad did what they had to do during the week, winning 32:27 at home against seventh placed Sävehof.

Pesic is first choice, but Matskevich did a very fine job, when Ivan Pesic got an early red card against Rhein-Neckar Löwen.

Kristianstad have two evenly talented goalkeepers – as matter of fact the encounter between the teams may not be decided on this level.

Serbian Djukic (50 goals) certainly has made his presence felt in Brest and is a major factor why the club still has a chance to reach the knockout phase.

Shylovich Ivic are well known with little to prove.

Kristianstad’s Moen did fill the footprint that Albin Lagergren left surprisingly well, with the talented Icelandic, Einarsson, as a highly skilled substitute.

In Kulak and Croatian Obranovic, Brest sport a reliable and effective pair of playmakers, while Kristianstad list a trio covering the position.

The return of Marc Canellas’, the younger brother of Pick Szeged’s Joan Canellas, is likely to boost Kristianstad’s chances. Freiman and Hansson are good playmakers as well, but I don’t expect them to outperform Brest’s duo.

With the hard-shooting Serb Djordic and the constantly fighting Czech Horak, Brest are indeed very well equipped in this position, and it is no surprise that THW Kiel have shown interest in Horak. With four goals against Veszprém, Russian Shkurinsky showed that he also a qualified option.

Of course, if Gudmundsson can score 10 goals again, like he did against Vardar, he will obviously be a qualified match for the international Brest trio, but he will be pretty alone in the position, as Mohlin, who only turned 18 a couple of months ago, is more a guy for the future.

Simon Razgor as the more experienced player and 22-year-old, Yurynok as the upcoming man, left wing is another position, Brest does not have to worry about.

Viktor Hallen is a great left wing, but he does not quite reach the level of the Slovenian/Belarusian combination and Alfred Ehn won’t make the difference.

Here is a position, where Kristianstad might have the upper hand.

For quite some time, Arnarsson has been considered one of the most promising talents on the line in Europe.

In short – Shumak and Poteko will have their work cut out.

Officially, Vranjes doesn’t take over in Kristianstad until March 11th, but as he was already on the bench this past Wednesday, there is no doubt that he will be involved in this crucial match. Still, Manuel Cadenas will be a  formidable opponent.