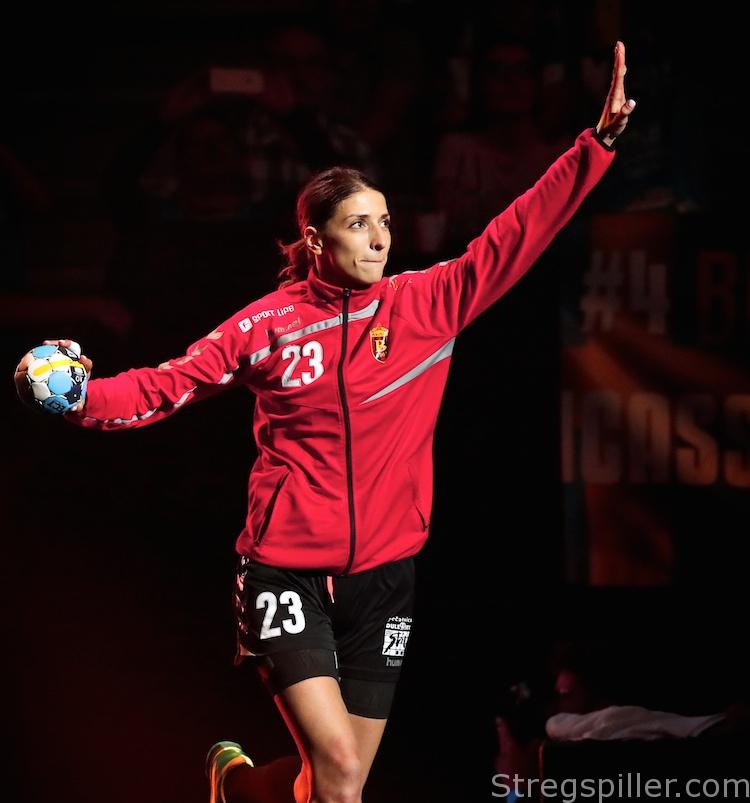 COLUMN – With Vardar out of competition, there is a vacancy at the Women´s FINAL4 in Budapest, in 2019.  Stregspiller.com is taking a closer look at some of the possible candidates to fill the void.

After the 2017/18 season, the project “Vardar Skopje” has become part of women´s handball history.

Having participated in all FINAL4´s of the Champions League, the Macedonian club decided to closed down their professional women´s team. The decision leaves one vacant seat at the Women´s EHF FINAL4 in Budapest, next May.

If Vardar would still be in the competition and performing at the same level as in previous years, there would be no doubt that the same quartet as in 2018 – Vardar, Györ, CSM Bucuresti and Rostov-Don – would fight for the trophy at Papp Laszlo Arena in Budapest next spring.

For now the former “Big 4” in women´s handball have been reduced to a “Big 3” including Györ, CSM and Rostov.

These three teams are all but assured to reach the FINAL4 once again in 2019, but the number four slot is open, and it obviously makes the Women´s Champions League more interesting and exciting.

Which squad can rise to the occasion and fill the void.  Actually, only four candidates come to mind and they all compete in Groups A and B.

The club from the harbor city in the west of France has reinforced the team every year and the recent signings of Swedish playmaker, Isabelle Gulldén, (from CSM) and Slovenian right back, Ana Gros (from Metz), the squad under the auspices of coach Laurent Bezeau may in fact have the best chances to become the fourth FINAL4 participant.

In their preliminary group, they’ll meet Rostov-Don, Kobenhavn and Sävehof.

Considering such competition, second place (at least) should be a given and assure sufficient points to do well in their main round campaign, where Metz, Odense and Buducnost will await.

Provided Brest can collect enough points to stay clear of either Györ or CSM in a potential quarter-final, the road to Budapest will be wide open.

Last seasons runners-up from Denmark and France – Odense and Brest – may very well get into a tight battle for the best position in the quarter-final and a possible ticket to the FINAL4.

Odense may be debutants in the Champions League, but a team consisting of national team players from several nations and with former Danish national coach Jan Pytlick at the helm, the Danes have to be considered a major contender in the race towards Budapest.

During the group phase they will be up against Metz, Buducnost and Larvik and most likely they’ll need to come in first in order to keep their FINAL4 dream alive – no unrealistic scenario.

Just like their rivals from Brest, the French champions of the past three years must be considered among the top candidates for the “abandoned” FINAL4 spot.

How will they deal with the departure of top scorer Ana Gros (now Brest) is just one question that demands a good answer.

Polish international, Aleksandra Zych, has been brought in from Vistal Gdynia as replacement, but can she fill the shoes of Gros on the right back position?

The arrival of Gnonsiane Niombla (from CSM) obviously is a big plus for Metz who will be in tough competition with Odense and Buducnost for crucial points for the main round, where Brest, Rostov and Kobenhavn will be the most likely opponents.

I assign Metz a slightly smaller chance to reach the “promised land” in Budapest, whereas Brest and Odense appear to be evenly matched.

The dark horse – but you should never ever underestimate a team coached by Dragan Adzic.

He was one of the candidates in stregspiller.com´s ranking of the “Top 5 Coaches” in the 2018/19 Women´s Champions League and he certainly was not far from making the cut.

The return of Katarina Bulatovic has added even more experience to the young Montenegrin team who already were a positive surprise last season.

Seeing them back in Budapest would top expectations, but neither can you rule it out.  Could any other team spring a surprise and make it to the FINAL4?

The answer is a plain and simple ‘no’!  Not one of the other nine clubs competing in the 2018/19 Champions League group phase possess the quality that’s needed to go deep into the tournament.