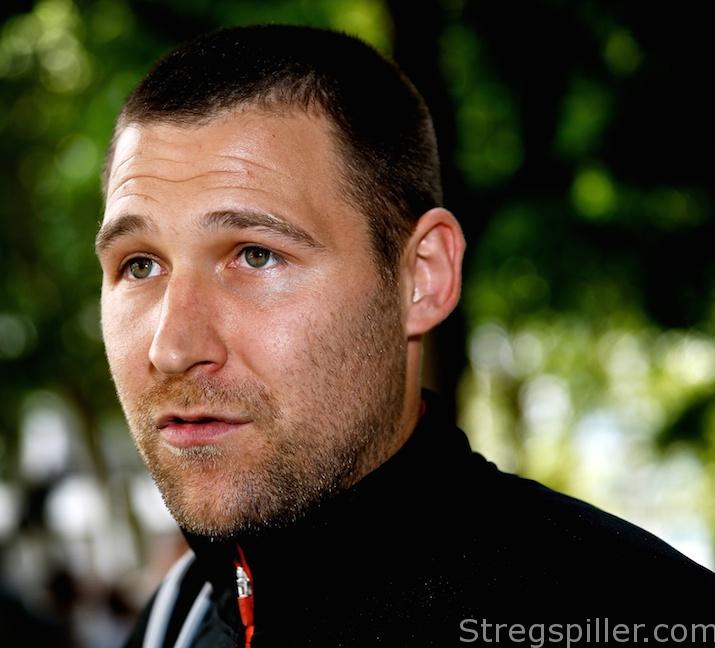 “Once, you are in the final, anything is possible”

Last year, Ivan Cupic lifted the Champions League trophy with Kielce after that unforgettable, nail-biting final against Veszprém, where his Polish team was nine goals down, but won after a penalty shoot-out. Following the triumph, he ended a four yearlong spell with the Polish powerhouse.

This season, the 31-year-old Croatian right wing will participate at the FINAL4 with the debutants from HC Vardar.

“To me personally, it is just great to be back in Cologne once again.

“I hope I can contribute with some of my FINAL4 experience. But realistically speaking, I think we are the underdogs among the four teams who are here.

“Being at your first FINAL4 is always something special and something you need to get adjusted to.

“However, we enjoy our role as underdogs, as it means we can play without as much pressure that some of the other teams may be under,” Ivan Cupic tells stregspiller.com.

While he doesn’t see his team among the favorites, he makes no secret of the fact that Vardar deserves to be in Cologne.

“We played a great group phase, which we won rightfully so, and because of it we could skip the round of Last 16.

“I also think we played two really great quarter-finals against Flensburg. Two games, when we actually were considered the underdog

“However, we were better than Flensburg in both contests, and I really think that we belong here,” finds Ivan Cupic.

Wanting to live up to the women

As it is the first time for Vardar’s men’s team to reach the FINAL4 in Cologne, it is also a first that the women as well as the men from the same club make it to the final round of Europe’s premier club competition.

Vardar’s women made it to the Champions League final in Budpapest four weeks ago, only losing by one goal to Gyor after extra time.

“It is really great for the club and for the city of Skopje that we have both teams at the FINAL4 this year.

“We support each other as much as we can, and we certainly shared our women´s team´s success and joy of reaching the final as well as their disappointment after not making it all the way.

“I know that Vardar ‘s women are also cheering for us, and of course, we want to live up to their achievement and reach the final – and once you are in the final, you obviously play to win it!” says Cupic.

Barcelona will be an enormous hurdle

Whilst Vardar are debutants in the FINAL4, their opponents in the semi-final are far from being newcomers at the event.

Even though FC Barcelona did not make it to Cologne last year, the Spanish top squad actually play their sixth FINAL4 this year.

“Of course, Barca are favorites against us.

“As I said, we are the underdog, and this does also apply against them.

“Not only do they possess the experience that we do not have. They also have a great team with many players who have plenty of experience because of international top handball competitions and not just from the Champions League.

“However, even though we have never played a FINAL4 as a club, we also have some internationally expertise, so I really think we can put up a good fight against Barca.

“And once, you are in the final, anything is possible. We have seen it so many times in the past!” says Ivan Cupic.