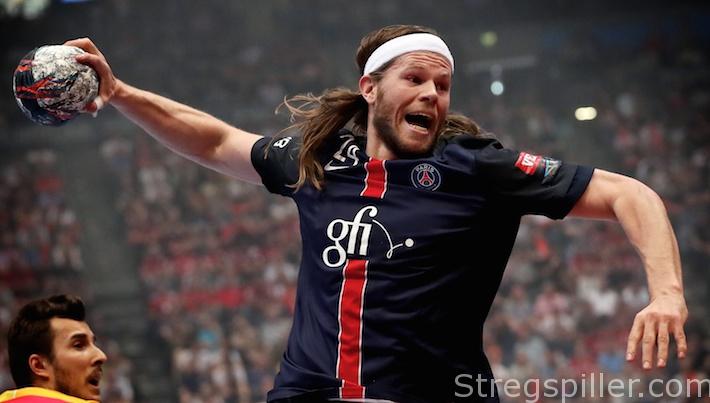 MATCH REVIEW – Kielce set the scene in the Lanxess Arena of Cologne with a sensational semi-final win against Paris!

Then the front lines were set for the first semi-final.

Ambitious Paris were the obvious favorites, while the general sympathies were with the Polish underdog – not many people outside Poland were truly believing in Kielce´s chances.

While Paris had no trouble reaching the FINAL4, Kielce was lucky to get past Flensburg with the narrowest of all possible margins in the quarter-finals – one single goal.

Still, Polish journalists reassured me ahead of the game, that the trust in Team Kielce was massive, back home.

The sympathies of the vast majority of the crowd were with Kielce, but not many people outside Poland believed in the spectacular way this match turned out.

Despite difficulties, Paris seemed to be in control in the first half, but was unable to convert the momentum into a half time lead. The favorites eliminated themselves, running into an increasingly stronger defensive wall in the last 30 minutes. While Kielce’s keeper Slawomir Szmal contributed considerably to the unexpected victory.

Mikkel Hansen, who scored nine goals before the break, disappeared from the game and eventually from the pitch – his coach lost the match from the bench.

Paris had the initiative, but was unable to turn it all into a meaningful half time lead. This was mainly due to their defensive set up.  Apparently, Zvonimir Serdarusic wanted to surprise his opponent by altering his usual 6-0 defense into a 5-1 formation, pushing Igor Vori forward.

This move was no success.  It only took Vori two minutes to get his first suspension – the tactical decision of the experienced coach just did not work.  Still, Serdarusic did not abandon it.

Meanwhile, Mikkel Hansen hit the back of the net as he pleased on the other end of the court.  Paris managed to get up 6:3, and even though Kielce caught up, the star ensemble from Paris stayed ahead by one or two goals for the rest of half, before Kielce drew even at the half time buzzer.

Mikkel Hansen put on a show in the first 30 minutes of the match, scoring nine goals on 12 attempts, while neither Thierry Omeyer (Paris) nor Slawomir Szmal (Kielce) had many saves – both goalkeepers enjoyed great patience from their respective coaches.

As the first half was dominated by attacks, the last 30 minutes of play belonged to the defense formations, and this turned out to be an advantage for Kielce.

Not only did they open the second half by getting their first lead in the match at 17:16.  They also kept Paris from scoring in the first eight minutes.

But when Thierry Omeyer finally started to save some shots – his team was only down 19:16 – and when Nikola Karabatic scored his first goal of the match, the score was further reduced (19:17).

The next four goals were all scored by the French club and suddenly they appeared to be back in the driver´s seat once again.  But 20,000 spectators were in for a dramatic ending.

Two missed penalties from Mikkel Hansen contributed to keep Kielce in the game.  And when the Polish champions got another two-goal lead at 26:24 with barely three minutes left on the game clock, the writing was on the wall for mighty Paris.

Samuel Honrubia arranged for a quick deficit reduction for the club from the French capital, but Manuel Strlek increased the margin of difference to 27:25 shortly thereafter.  And when he scored making it 28:25 for Kielce, the matter was decided.

A direct red card for Vori did not help Paris in the last minutes of the game either.

It looked like Mikkel Hansen was “punished” for missing on two penalty attempts.  He remained benched for the better part of the second half.  Unfortunately, none of the other Paris´ back-court players hit their form on a day when it was much needed.

Kielce will not have the time to celebrate, but instead, they can prepare for their first Champions League final ever.

Judging by the deep disappointment in their faces and the body language of the Paris players, it will be extremely hard for them to find motivation for the bronze medal match on Sunday.

Serdarusic will have to realize that he lost the match by benching Mikkel Hansen who was well on his way to becoming Man of the Match.