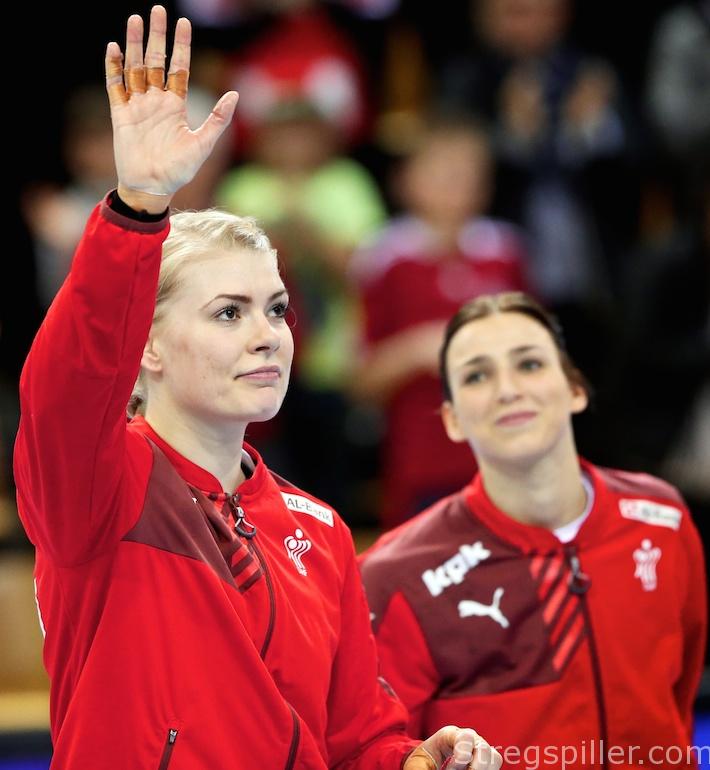 FINAL4 – as soon as possible, please!

FEATURE – Odense HC realize that being debutants in the 2018/19 Women´s Champions League may be a tough gig, but at the same time, the team hailing from the hometown of Hans Christian Andersen´s has big dreams.

A quarter-final appearance this season and then off to the FINAL4 – as soon as possible, are the near term goals of head coach Jan Pytlick.

Stregspiller.com talked with Pytlick and one of the team´s many internationals, line player Katrine Heindahl.

To some it may sound like another fairy tale written by Odense´s most famous son, Hans Christian Andersen. However, it’s no fiction that Odense HC will be making their debut in the 2018/19 Women´s EHF Champions League when they meet Buducnost, Saturday night.

People with money and a will to invest have put the club into a position to build a team that wins championships.

So far, it has happened – in 2018 Kobenhavn Handball narrowly defeated Odense in the finals to become Danish champions.

Still, the Danish runners-up qualified directly for the group matches in the Champions League and with national team players covering every position, having elevated expectations appear to be justified.

“Of course, many of our players have Champions League experience from their previous clubs, but the real test is how we will cope as a team and that’s hard to predict.

“There is no doubt, however, that it will be extremely exciting and we are looking forward to test ourselves against the best teams in the world,” head coach Jan Pytlick tells stregspiller.com.

While he was national coach in Denmark for a total of 14 years, he has never been in charge of a Danish team in the Champions League before, and his only experience in Europe’s top league comes from a short spell in Vardar Skopje, a few years back.

Odense HC´s stated objective is to move on after the group phase, where they will be facing Buducnost, Metz and Larvik, but Pytlick dares to look a bit further ahead.

“I think we should reach the quarter-final, but I also realize that it will be difficult.

“In the main round, we’ll run into Kobenhavn, Rostov-Don and Brest, which will make our main round group a really treacherous one,” says Jan Pytlick who confirms dreaming about a FINAL4 appearance in Budapest, but maybe not this season.

Denmark´s other Champions League representative – Kobenhavn Handball – debutants like Odense, have made no secrets about their goals either. They aim to be in the FINAL4 by 2021, at the latest.

“Our objective is also the FINAL4 – as soon as possible, please.

“We are striving to build a team that can compete at the highest level, but we also know that this requires a very strong organization and plenty of money.

“Unlike many other teams, we cannot be assured to participate in the Champions League every year, though.

“Buducnost or Krim or similar clubs know they will be in the Champions League year after year and it allows them to plan ahead accordingly.

“Competing in the Champions League in the following season or not makes it harder for us to look ahead for more than one year at a time,” he explains.

Kathrine Heindahl is one of Odense’s players, who will compete in the Champions League for the very first time.

Yet, the 26-year-old line player and defense specialist has collected plenty of international experience with the Danish national team.

“What I am looking forward to in particular is to show my physical strength.

“In the Danish league, I often have to hold back a bit in order to avoid too many suspensions, but in the Champions League, more physical play is permitted – so, I am really looking forward play tough.

“You need plenty of physical strength in the Champions League and this will be an advantage for me – no doubt,” Kathrine Heindahl tells stregspiller.com.

“It’s correct that the Champions League will be a new adventure for us as a team, but many of us have been there before, and we all have international experience thanks to the many games with the national teams. We are all used to performing on the main stage,” she says.

Domestic competition can be an advantage or not

The prevailing view is that teams from less competitive (domestic) leagues enjoy an advantage over clubs that are under constant pressure in their national competitions and therefore do not get sufficient rest between games.

Case in point, the Danish league is considered one of the most challenging in Europe, but Kathrine Heindahl is not sure that this assumption still holds true.

“From this season onward, the Danish league has been extended by two more clubs. So, now there are quite a number of teams that cannot really put pressure on us.

“Furthermore, we have a very deep squad, meaning we should not be worn down physically in our national league,” she finds, while her coach adds that a lack of domestic competition can also be a disadvantage.

“For a team like Buducnost, it may be even a handicap that they have not faced any real opposition in competitive matches before they meet us in their first group match.

“Anyway, Buducnost are the only team among our opponents in the group phase that is not challenged at home.

“Metz, in particular, but also Larvik encounter plenty of qualified opposition in their national leagues – they are in the same boat like us.

“On the other hand, however, all these clubs have been playing in the Champions League for so many years that they have an obvious advantage compared to Odense, when you consider the level of experience,” admits Jan Pytlick.

Return of Bulatovic has changed the odds

On Saturday evening, Odense will experience one of the toughest opening matches a Champions League debutant could think of, when they visit Moraca Arena in Podgorica, where Buducnost awaits.

“Undoubtedly this will be the ultimate test, especially after the return of Katarina Bulatovic (from Rostov-Don, ed.). She has changed the odds in the group,” finds Kathrine Heindahl and Jan Pytlick agrees.

“After Bulatovic´s return, Buducnost appear to have a nearly perfect mix of experienced players and young talents.

“In addition, you should never neglect the impressive spirit Buducnost show in each and every game,” he says.

But no matter what, Odense are determined to compete hard and get far in the 2018/19 Champions League already.

“We had one year to get all our new players, including myself, to function as a team and this development should – hopefully – become visible this season already.

“And we want to continue playing in the Champions Leage after New-Year.

“This and our desire to win the Danish championship after missing it last season, are our biggest goals this season,” states Kathrine Heindahl.