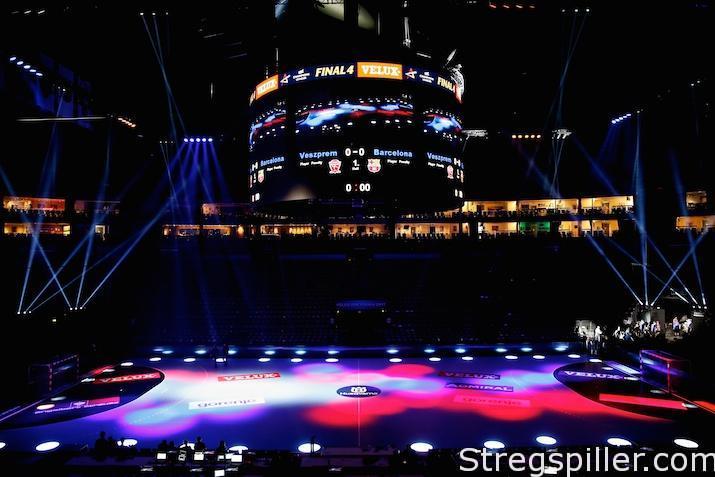 Gaspar Marguc: “We can be upset”

Playing for third place only matters at national team tournaments, at least when you ask Veszprem’s Gasper Marguc about it. He had a tough time finding the right motivation for the game against Barcelona and appeared to be even more upset afterwards.

GM: Of course we are happy that we finished the season with a victory, but we wanted to play the second game today. What can we do? We took the most out of the match and I’m happy that we won at least this match.

It’s not fun to play for 3rd place?

GM: No. It’s really hard to motivate yourself, because everybody wants to play in the final. So, it is difficult to find the right motivation, and during the game you don’t think about it too much – you just play. I’m happy that we won.

What’s your conclusion after this weekend?

GM: We came to this tournament in good form, and small details decided the semi-final. Today, you saw that we are really good team; we defeated Barcelona, an excellent squad. We can be a bit more upset that we didn’t take more from game on Saturday.

Are you happy that the season is now almost over?

GM: Of course, it’s been a really, really long season. Now, we still have the matches with the national team, but we’re looking forward to some holidays.

Cristian Ugalde played for Barcelona for more than a decade, and meeting his former club at the VELUX FINAL4 was something special for him. Still, the game was meaningless as he was still thinking about the last seconds of the semi-final against Paris.

Congrats, or maybe not, because finishing third maybe good at some point, but you obviously came here to win?

CU: Yes, Saturday was hard for us. We were in the match during the whole time but we didn’t get the possibility for a last shot. Today was also hard, we played better but it’s not important. Of course it’s important to finish the season by not losing, but third place means nothing.

Gasper Marguc said it was hard to find the right motivation – how was it for you?

CU: For me it is always something special. I played for Barcelona for 12 years, it’s my home. This is a different story. After yesterday’s loss, we played for nothing today – you only play for the show and for the people. But as player it’s hard to play this game.

Do you think this was your last shot at winning the Champions League?

CU: Honestly, I think last year was our best shot. We had to win it back then. This season we were extremely tired because of all the matches we played, not only in the Champions League, but also in the SEHA League. So, it’s a shame we couldn’t win it last year.