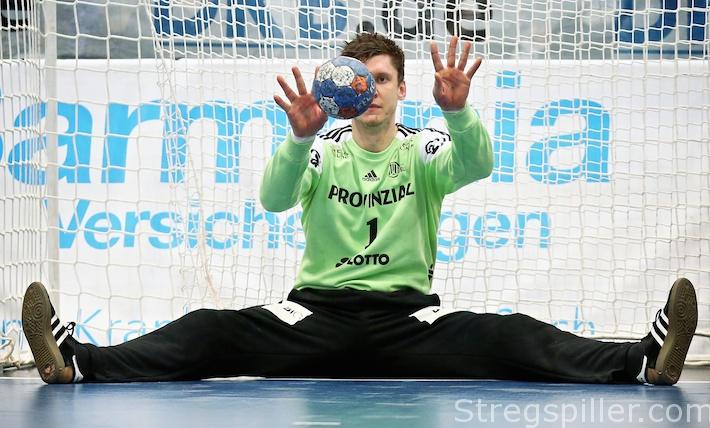 A FINAL4 without German teams – what will it be like?

COLUMN – This year´s FINAL4 in the Lanxess Arena of Cologne may very well be the first one without German representation.  Yet to be confirmed in the quarter-finals which begin on Saturday.

A FINAL4 of the Men´s Champions League without a single German team?!  Certainly, it has not been the case in the history of the current FINAL4 format at the Lanxess Arena of Cologne.  However, it may very well happen this year for the first time.  In fact, a look at the seeding for the quarter-finals, it is even likely that the FINAL4 at the last weekend of May will be completely without German representation.

Rhein-Neckar Löwen already blew their chances because of a surprising 31:29 defeat to Zagreb in the round of Last 16 – after winning 24:23 in the Croatian capital.  Not that the Lions from the banks of the rivers Rhine and Neckar would have had much of a chance in a quarter-final against Paris Saint-Germain, their premature exit from the competition came unexpected.

This leaves THW Kiel and SG Flensburg-Handewitt to defend the German colors for the remainder of this Champions League season – a season where German handball on the national team level staged an impressive and sensational comeback when the self-declared “Bad Boys” won the European championship in Poland in January.

I take the liberty to write off Kiel right away.

The injury hampered North German side will not make it over the course of two matches against FC Barcelona.  At times, Barcelona may be known for a certain Southern European “laissez-faire” attitude, but when the FINAL4 ticket is at stake, the Catalans will be there with all they got.

Furthermore, Barcelona have the advantage of playing the second leg at home in the Palau Blaugrana, where they are not going to stumble.  Kiel efforts to regain the German championship will keep everyone in the squad more than sufficiently busy for the rest of the season, but there won’t be many resources left to seriously challenge mighty Barcelona.

So, what about Flensburg?

Kiel´s eternal rival appears to be Germany´s best (and only?) hope representing the country in Cologne.

Flensburg are handicapped by having to play their return match in Kielce, but Ljubomir Vranjes´ men many very well be able to create a sufficiently large lead in the Flens Arena, on Saturday evening.

Furthermore, Kielce have been in trouble at home before, in the Champions League this season, and – in my opinion -Flensburg have a further advantage:  their coach is tactically more skilled!

While Talant Dujshebaev appears to be considerably more motivated in Kielce, than he is when coaching the Hungarian national team, Vranjes stands out as the more capable one of the two when it comes to tactics.  And this may very well be the deciding factor.

However, the risk – or chance – that the FINAL4 will be completely without German teams is still considerable.

What will it mean for the event?  Maybe not a whole lot after all.

A great part of the tickets have been sold already, and the last ones will likely go to the fans of the teams that actually do make it to Cologne.

Not many German fans – outside the Kiel area, of course – are likely to miss the three-time Champions League winner.  It will be a bit different with Flensburg who won the hearts of “Handball Germany” two years ago, winning handball’s premier club competition in dramatic fashion.

Still, the interest in the EHF Champions League FINAL4 will probably not be weakened by much if no German squad makes it to the final round.   In fact, the rest of “Handball Europe” may even welcome the situation.

From day one, the event has been a source of certain frustrations in some countries because German teams were perceived as having home court advantage when the Champions League was decided.  Of course, such concern will be eliminated, if no German clubs make it to Cologne this year.

Another question is what a FINAL4 without German participation will mean, considering modest interest in the Champions League?

Already, it is well-known that the Bundesliga clubs priorities are as follows:

It is another well-known fact that the clubs do not really begin making money, competing in the Champions League until they reach the FINAL4.  If German squads continue to experience not getting value for money, they may give the Champions League an even lower priority than they already do.

It caused quite some debate, when Rhein-Neckar Löwen coach Nikolaj Jacobsen, played his B-team (although he objected to any such reference) in a Champions League group match back in the fall.  These kind of incidents may be more frequent in the future.

However, great handball is still being played outside German borders.   After spending a lot of words on teams who are unlikely candidates for the tournament in Cologne, let’s take a look at those who are likely to be there – and who will be definitely worthwhile watching.

MVM Veszprém – The Hungarian record champions will have no walk in the park in the quarter-final tie against Vardar – still, Veszprém will make it to Cologne.

Jane Sandanski hall in Skopje is no fun place for any visiting team, but neither is Veszprém Arena for that matter, and home court advantage may be more important in this tie than in any of the other three encounters.  Vardar had trouble against the Polish underdogs from Wisla Plock in the Last 16, while Veszprém recently won the Final4 of the SEHA League against the champion from Macedonia.

This past weekend, Veszprém did have to go through a penalty shoot-out against Pick Szeged to win the Hungarian Cup, but Szeged is an opponent that you just do not run over, not even if you are Veszprém.  Yet, there is no doubt that Laszlo Nagy & Co. will be strong enough to eliminate Vardar in two matches.

Paris Saint-Germain Handball – PSG – who play their home games pretty far away from the charming neighborhood around the Boulevard Saint-Germain.  By the way – Paris will be playing their first FINAL4, and I have to admit that I am looking forward to seeing their dynamic way of handball being practiced in Cologne.

With all due respect to Veselin Vujuvic´s impressive achievements with a very talented Zagreb team, they will not be a threat to Paris.

Even 15,100 fanatic Croatian fans in the arena at Zagreb in their first match on Saturday night, won’t intimidate the experienced players of PSG.  Paris will be seen in Cologne, no doubt about it.

FC Barcelona – As mentioned before, Barcelona will eliminate Kiel in the quarter-final.

The vociferous support from the Sparkassen Arena may just be enough for Kiel to take a narrow home win on Sunday evening, but the Catalans will remove any doubt at Palau Blaugrana the following weekend.

SG Flensburg-Handewitt or Vive Tauron Kielce – As indicated, this tie appears to be the most open quarter-final of the Champions League 2015/16.  It is hard to point out a favorite, although the seeding provides Kielce with the home advantage in the return match.

Kielce having the benefit of playing on home court in the second leg, may not mean all that much in this case, and chances are 50-50, the way I see it.

With or without German teams fighting for Europe’s most prestigious handball prize, the FINAL4 will be an extremely attractive competition – once again!