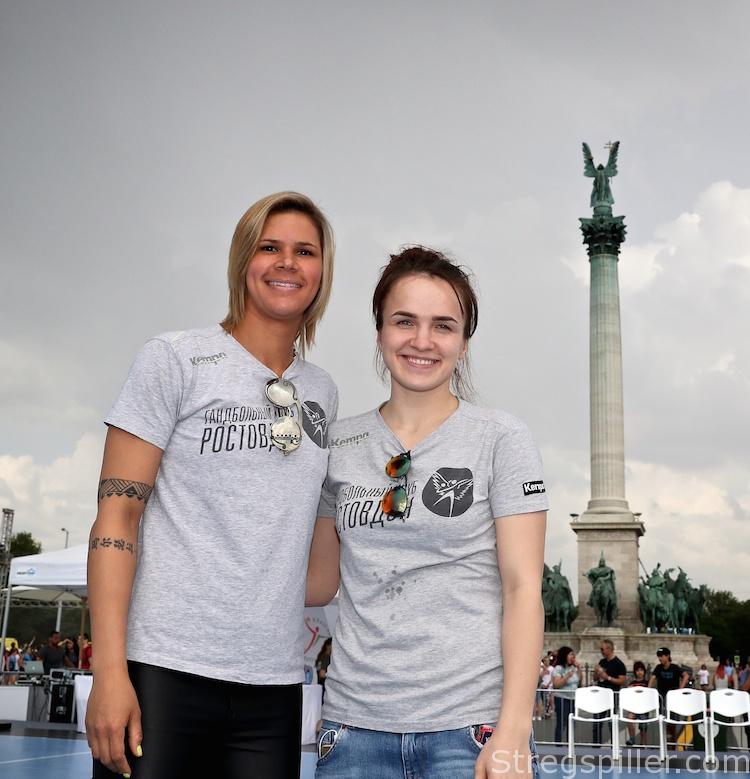 INTERVIEW – After two failed attempts, Rostov-Don finally made it all the way to the FINAL4.

For one of the team´s greatest stars, Ana Vyakhireva, a dream has come true.

Measuring 165 centimeters, Anna Vyakhireva is not the shortest among all backcourt players in women´s international handball these days. At least Györ´s injured Norwegian international, Nora Mørk, is trailing her by one centimeter.

Yet, Vyakhireva, who actually began as right wing – she still occupies the position from time to time – is almost as efficient as Mørk when shooting from distance. Just more proof that size by itself does not matter in handball.

For three years, an impatient Russian fan base has been waiting to see the 23-year-old Vyakhireva at the season ending tournament in Budapest. Finally, the time has come and she is excited.

“Of course, I am really excited to be here as it is my first time. And I certainly hope it will not be the last time.

“I cannot even tell you about all the emotions that will probably be running through me come tomorrow, when the game will start.

“I will try to not feel too much pressure; simply enjoy the moment instead and then try to do my best. That’s it,” Anna Vyakhireva tells stregspiller.com.

“Hard to comprehend that we made it”

After her team failed to reach the FINAL4 in the previous two years, it is a bit difficult for her to explain why the club from the south of Russia did succeed this time around.

“It’s really hard for me to explain, as I didn’t comprehend it myself just yet.

“I do think our team could have made it here last year as well. Maybe our success this season is based on the fact that we have played together for a few years now, and that we work better as a team, now.

“Our team spirit has also grown over the past couple of years, so that might be the reason, “she says after giving the question quite a bit of thought.

Occasionally, she still plays on right wing, but the back court is her main position these days.   The very same position that Rostov signed up one of the most experienced right backs in all of international handball – Katarina Bulatovic.

Vyakhireva does not see the tall Montenegrin as a rival, though.

“She has not only become a good partner to me, but she also added experience to our team.

“Katarina knows everything in top handball and she is really trying to help the rest of us, not just me.

“I also find that her and I share equal time on the court and there is no rivalry between us,” Anna Vyakhireva assures me.

“No big deal to play against my sister”

HC Vardar will be the opponent in the semi-final of the FINAL4 and Vyakhireva is expecting a real fight.

“I think it will be a big fight. They are used to being here, but we did prepare for the match as well, as good as we possibly could, of course.

“We’ll simply do our best and help each other; no one can ask more of us,” finds the Russian international who can look forward to a family reunion on Saturday, as her older sister, Polina Kuznetsova, is playing on left wing in Vardar.

Next season, the two sisters will re-unite in the same team –Rostov-Don – but tomorrow, they will be competitors.

“Actually, it won’t be so special as we have played each other so many times before, and we know what it’s like.

“Of course, it is always a bit difficult when we are playing on opposite sides. But I know her, she knows me, and maybe it will be bit harder for me than it will be for her this time, because we are new to this, unlike her team.

“In general, playing against her is okay,” says Anna Vyakhireva.