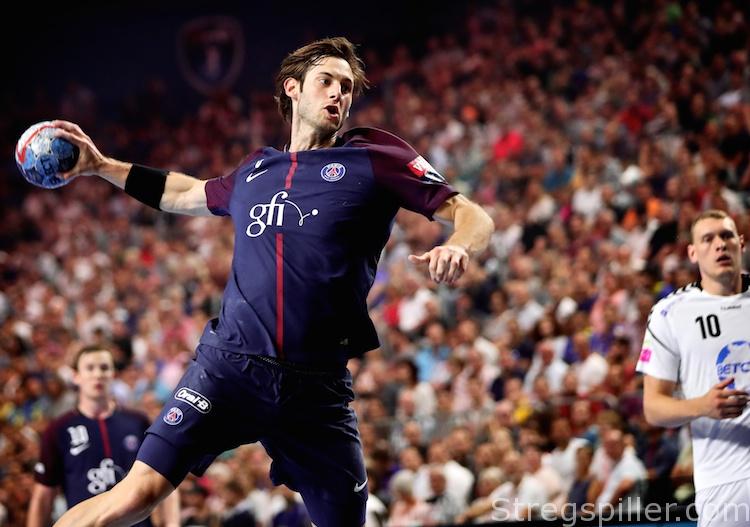 BRONZE MATCH REVIEW – In a close match, but with less intensity and quality, Paris Saint-Germain stayed motivated and won the 3/4 placement match against Vardar, thanks to a strong finish.

The two teams, who gave us a breathtaking final last year, which ended in a narrow Vardar win, had to motivate themselves for what must be the most difficult match of the year to find motivation for.

You come the VELUX EHF FINAL4, the biggest event of the season, obviously with the hope and maybe even the expectation to at least reach the final.

Then, you are suddenly eliminated on the first day and will have to play the match you were not expecting to play.

While PSG were trailing rather clearly throughout their semi-final against Nantes before losing 32:28, Vardar were also trailing against Montpellier, but by never more than one or two goals, before succumbing 28:27.

Vardar were missing Arpad Sterbik, who had allegedly been injured on Saturday in a sprints between goal and bench, which have become daily routine for goalkeepers these days and it is obviously hard to predict how the match would have turned out with Sterbik on the court.

As it was, PSG showed fine morale by taking the bronze after trailing for most of the match.

Vardar’s 5-1 defence should be known to anyone by now, but still, PSG had their trouble with it at the start, and it was a big part of the reason, why Vardar went 7:3 up.

Gradually, however, PSG got into the game, and after enjoying a couple of spectacular goals from Benoit Kounkoud, the French team caught up completely, as Nikola Karabatic equalised at 10:10 after 20 minutes.

Less than two and a half minute later, Uwe Gensheimer even gave Paris the lead at 12:11. But that was to be PSG’s only lead in the first half and while the entire crowd shouted for Daniel Narcisse to finally get some court time in his last Champions League match, Vardar lead by one at the break.

The loudest roar from the crowd during this encounter came 10 minutes into the second half as Daniel Narcisse was finally sent on.

Before ‘Air France’ was introduced, the spectators had already seen Vardar go three goals ahead at 17:14, 18:15 and 19:16 – and PSG coming back again, with Nedim Remili equalising at 20:20. The game gained quality compared to the poor first half and it stayed close.

With eight minutes left, the crowd really got the chance to celebrate again, as Narcisse scored his goal, equalising at 23:23.

Dainis Kristopans reduced the gap with a late showing of good form, but as Remili made it 29:27 with less than half a minute left, the match was decided.

I have seen many poor referee performances in my life, and the two Slovenians in this match, Bojan Lah and David Sok were not the worst – but they came close

Many wrong decisions, hesitation and a lack of consequence contributed to making a sub-par game worse.

The second bronze medal in three years cannot be satisfactory for a team like PSG and it will be interesting to see, what the coach of the losing Vardar side today, Raul Gonzalez can do with the team when he heads to Paris in the summer.

Vardar will have to see what kind of team they can come up with next season – a team not likely to be a genuine FINAL4 contender for the third season in succession.