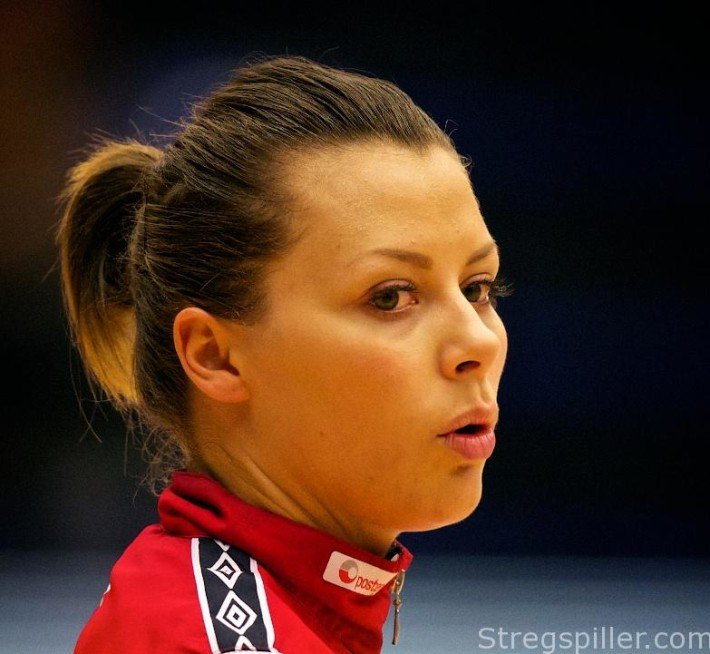 A second women’s EHF Champions League weekend has passed and what used to be a somewhat opaque picture a fortnight ago is slowly gaining some contour and structure.

The second round action of handball’s premier club event began Friday night already with Larvik HK visiting the former team of Alina Wojtas, MKS Selgros Lublin in Poland. A quick look at Google Maps confirmed an initial concern – Lublin may be the destination but it’s a real trip to get there. Two hours by plane assuming a direct flight or a17 hours journey by car without traffic. Neither one of the two options would be feasible nor available to the team from Norway’s rugged southern coast. A combination of the two alternatives including a not so short bus ride would take the team of Ole Gjekstad to MKS Selgros Lublin’s home – Hala Globus.

Before the initial whistle of the two referees from Turkey blew, I could not but help to notice one of Larvik’s main sponsors – Fjordkraft, a local power company that delivers energy to the end user. Thoughts continued to drift – energy, sustainability, renewable power and fjords- like Norway’s magnificent Sognefjord with its cliffs on either side of the water rising 1,000 meters vertically in the sky, appeared before the internal eye. Some tourist brochures refer to Norway’s fjords as being “gateways to nature’s nirvana.” Is it what the group matches of this year’s Champions League would turn into – a passageway to the promised land; the Final4 tournament in Budapest in May 2015?

20:15 hours CET – Gro Hammerseng-Edin and Co. went to work and soon thereafter Nora Mork would miss on her first penalty shot. A subtle indication of what was lying ahead. Despite a strong start, by the 15th minute of the match the squad from Vestfold county had gone cold. Following a well-placed time out by Lublin’s coach Sabina Wlodek, all of a sudden Larvik’s offensive efforts were tainted by quick and poorly executed goal-scoring attempts. Previous precise passing had turned into sloppy ball handling and the team’s defensive play was anything but solid. For a brief moment Larvik’s 6:0 defense reconfigured to a 5:1 set-up with Anja Hammerseng-Edin on top but without bearing the desired results. Lublin had gone on a 10:4 run and was leading by one at the half-time buzzer.

What to do when the team has gone off-track? Resurrect the defensive game first. That’s the simple but powerful formula that team Larvik followed once stepping back on the pitch. Slowly but surely the players led by Karo Dyhre-Breivang, Gro Hammerseng-Edin, Isabelle Blanco and Alina Wojtas regained their grip on the match. Goalkeeper Sandra Toft provided timely support as well by first saving a penalty shot followed by a spectacular parade stopping a counter attack from Lublin when it mattered most. Six minutes before time the squad from Poland’s largest city, east of the Vistula river, had scored its 23rd and last goal of the evening. In the final minutes of the match Larvik wrapped things up and put the game away in routine fashion. Gjekstad’s crew had outscored Lublin by a margin of 15:9 during the second half of the game.

While Larvik’s coach will not be too happy when thinking about the prolonged scoreless stretch during the first half of the match, he must take comfort in how his team turned matters around during the second period. First by regaining its defensive composure, followed by more disciplined attacks and a calm exploitation of the opponent’s errors in the dying moments of the competition. After all – it’s only the second round of the 2014/15 Champions League.

Fjordkraft – “The Group aims to continuously adapt and stay ahead of the trend.”