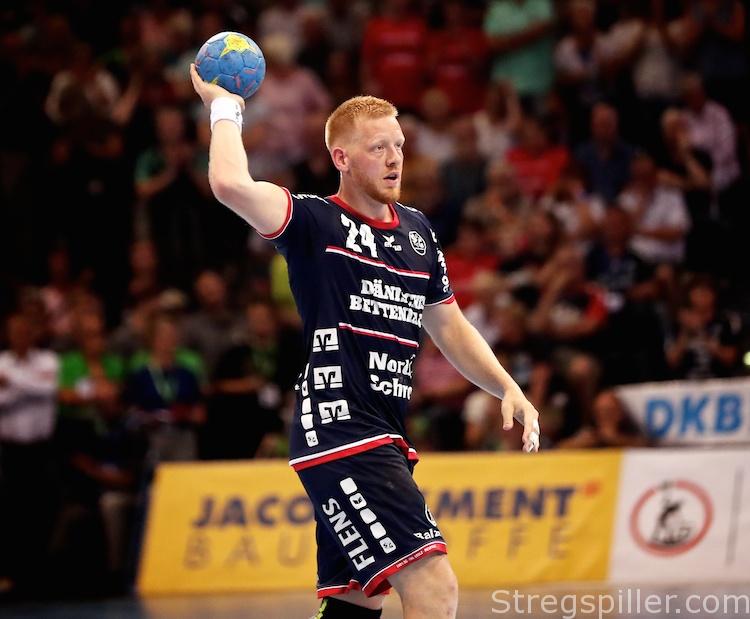 stregspiller.com – MATCH OF THE WEEK PREVIEW – On Sunday, SG Flensburg-Handewitt will receive HC Meshkov Brest for the second leg in the Round of Last 16 – it will be Champions League match number 200 for the German champion.

Chances are that Flensburg will celebrate the anniversary with a ticket to the quarter-finals, as they beat the club from Belarus 30:28, last weekend.

The game will mark Flensburg´s 200th Champions League match ever since they first joined the most prestigious club competition, back in 2003.  So far, they won 120 of the previous 199 games.

Flensburg´s finest Champions League achievement dates back to 2014 when they won the competition, while Meshkov Brest can write history, if they qualify for the quarter-final.  It would be a first for the club.

Brest is expected to play without wing player, Dzianis Rutenka and Flensburg may have to do without Swedish back court player, Jim Gottfridsson.  He left the pitch midway in the second half of the Bundesliga match against SC Magdeburg, on Thursday evening with an apparent groin injury.

Flensburg succeeded in the first match in Belarus (30:28), but they could have done even better, as they were leading 23:18 at some point in the second half.

On Thursday, Flensburg suffered their first defeat in the 2018/19 Bundesliga season, as they lost 24:23 away to SC Magdeburg.

Brest have not seen combat action since their home game against Flensburg.

Benjamin Buric could not be blamed for  Flensburg´s narrow defeat in Magdeburg.

The Bosnian keeper did a marvelous job and if he can put up a similar performance on Sunday evening, he’ll be the likely winner of the goalkeeping duel.

Champions League matches frequently provide the occasion for Steinhauser to shine, as he doesn’t see the same court time in the Bundesliga.

But, in a match like this Svan may be the preferred option – on a good day he can decide the match on his own.

Brest will be handicapped missing Dzianis Rutenka, and even though Serbian, Darko Djukic, has done a fine job in his absence, it won’t be enough against the likes of Svan and Steinhauser.

Magnus Rød increasingly spends time in Flensburg’s attack, especially after his impressive performance at the 2019 World Championship, where he enjoyed tremendous success.

Veteran player, Holger Glandorf still demands his fair share on the pitch as well and even though Shylovich and Ivic are strong competitors, Belarus fall short.

If Jim Gottfridsson is not fit, Lauge and Johannesen will be sharing the play-maker position.  Lauge, in particular, has been doing great so far this season, but he did not stand out in Magdeburg.

Kulak and Obranovic are both fine craftsmen and they may very well match up against two Flensburg players, in case they show signs of fatigue.

Simon Jeppsson has not impressed as of late. Some of the pundits argue that he hasn’t received much of a chance to prove himself either –  if he doesn’t hit it on Sunday, Johannesen and/or Lauge will have to step in.

Expect Petar Djordjic to show up extra motivated against his former club, where he never really got the chance he deserved.  He and Czech veteran, Pavel Horak, guarantee a solid performance and a great fight.

This is a position, where both sides are well equipped, but Hampus Wanne and Magnus Jøndal will provide Flensburg with the edge.

Andrei Yurynok has been considered a great talent for years, but at the age of 22, he should be more than that. The experienced Razgor will do his part, still …

Depending how well the Danish World champions, Anders Zachariassen and Simon Hald, are doing at both ends of the court, Golla may not see much game action.

Even though, Brest have three options at their disposal, Flensburg has the advantage.

Machulla´s achievement in the 2018/19 Bundesliga season speaks for itself.

In his very first season as head coach, he led Flensburg to the German championship and until Thursday of this week, the champion remained undefeated. Hat’s off to Machulla.

However, his Spanish opponent is no pushover. He has proven his competence many times and his accomplishments in Brest call for respect.  Can he spring a surprise on Sunday?