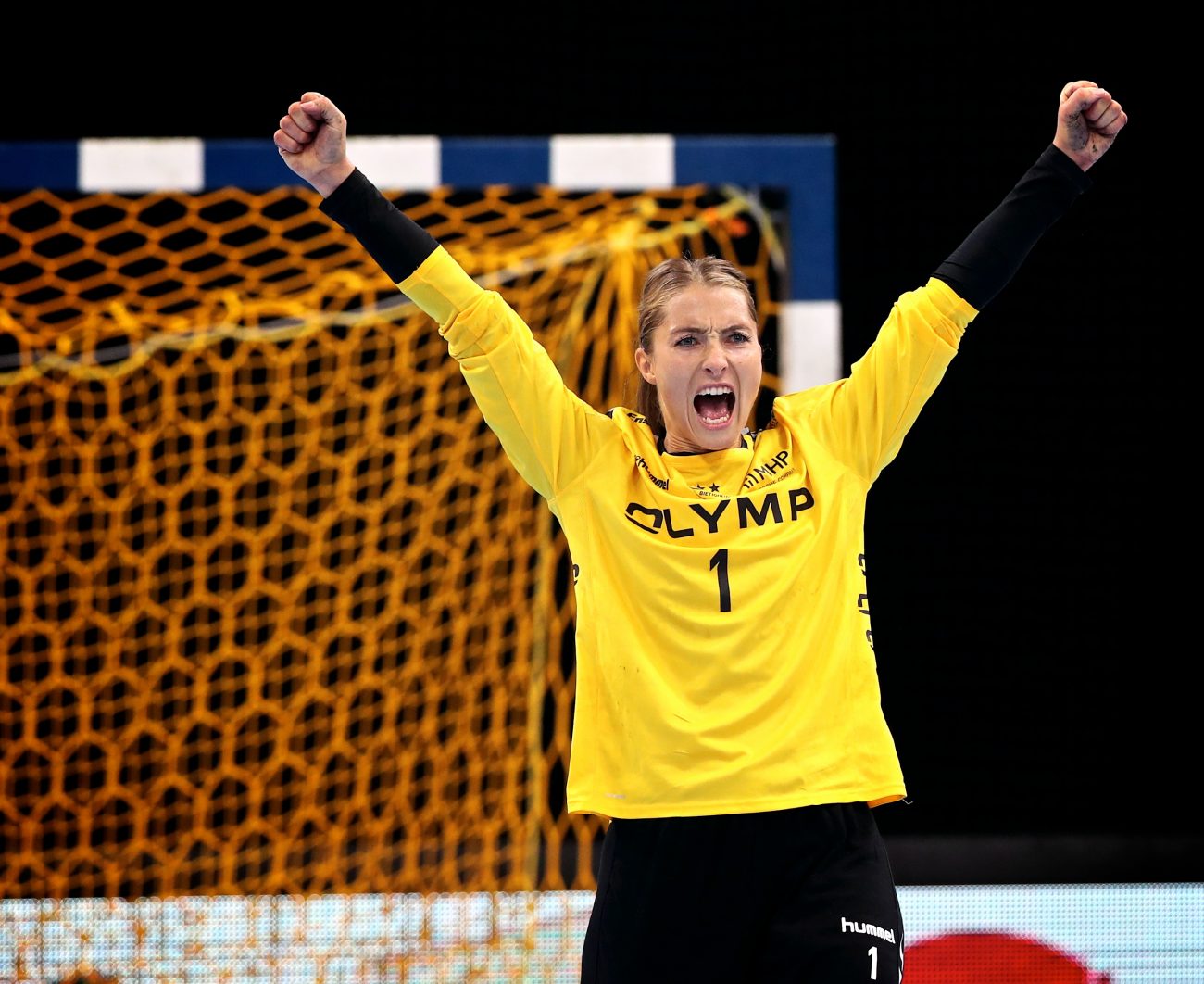 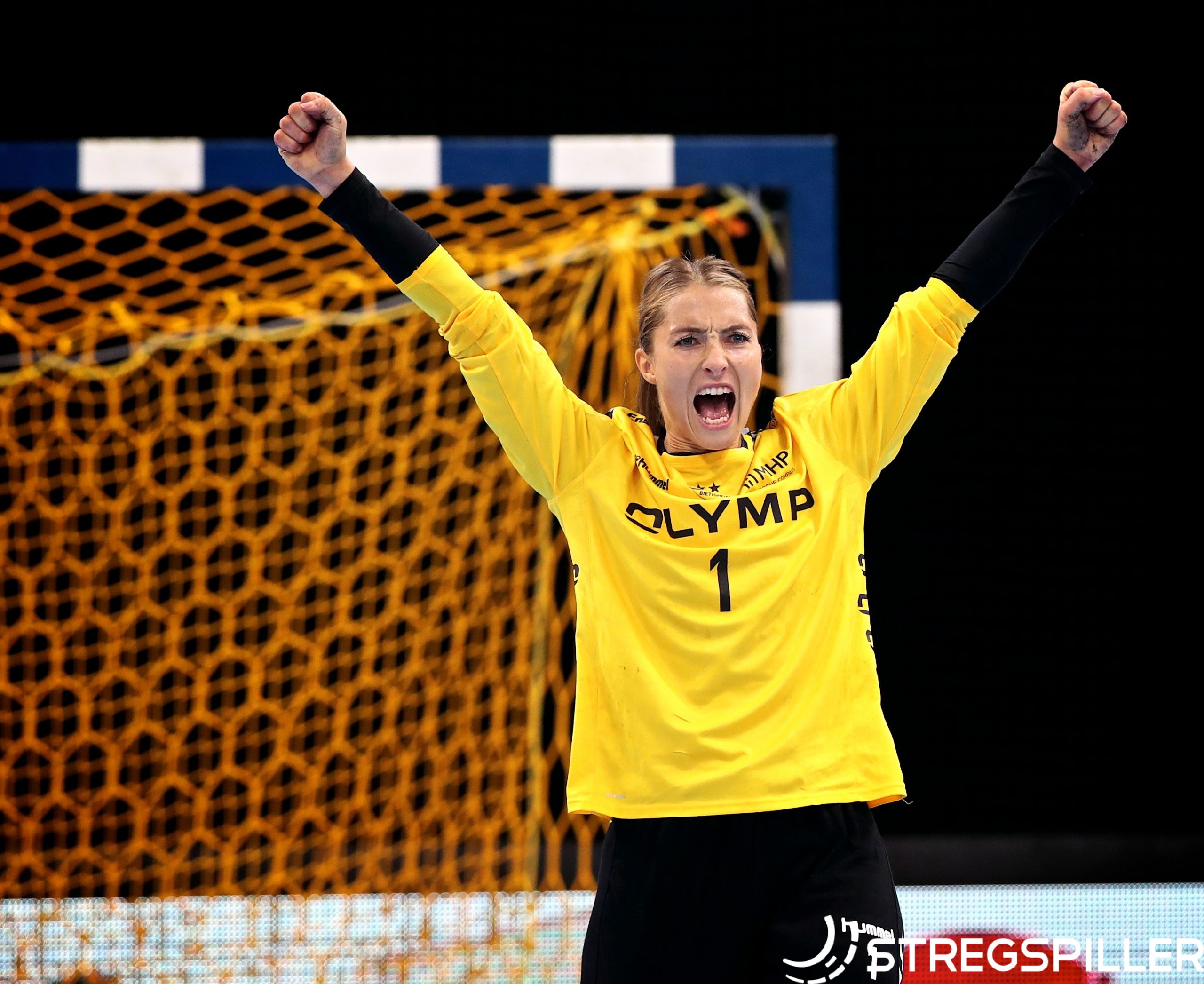 Finally – gameday at Handball Bundesliga Frauen (HBF)! In an off-season prolonged by the impact of the ongoing Corona virus pandemic, EHF Champions League contender, SG Bietigheim, made the most of a very challenging situation.

After the exodus of six high profile players (Maura Visser (retired), Angela Malestein, Laura van der Heijden and Dinah Eckerle, all opted for the Hungarian league, Maren Nyland Aardahl and Fie Woller, both joined SCM Ramnicu Valcea (Romania) and Bourge-de-Peage Drome Handball (France), respectively, it’s up to Markus Gaugisch, Bietigheim’s new team leader, to show that he is the right person to handle the job and the stars who come with it.

He is left with the task to build a new team and integrate talents like Julia Maidhof (HBF’s top scorer of the 2019/20 season) and Nele Reimer, next to experienced, international top players such as Xenia Smits, Stine Jorgensen, Trine Ostergaard and an exceptional goalkeeper – Emily Stang Sando from Norway.

After Bietigheim’s successful home opener against HSG Bad Wildungen (35:25), stregspiller caught up with Emily Stang Sando. Her strong performance set the tone early on and paved the way to victory against the league rival, on Saturday evening.

From Buducnost to Bietigheim

“It feels really nice, especially when you look at the result. Prior to this game there were a lot feelings and emotions. As a group it has been a long time since we played a competitive match and for me it’s a new league as well.”

Given the havoc created by the wide spread of the Corona virus, clubs, leagues and federations have scrambled and put together various hygiene concepts, depending on the nature of the event and local regulations. Rarely has the frequently used phrase to “take it game by game” more true. Emily Sando explains how she deals with the uncertainties caused by the pandemic.

“Actually, it’s really hard. I think the last match prior to today’s game was on March 7th, I think. Since then there have been a lot of questions beginning with “if” and “when” and answers like “I don’t know” or “Let’s take it day-by-day”. We’ve had plenty of practice with these scenarios. But, now we are playing and if someone steps up at this point and decides to stop the activities, it would be very painful, I think. Hopefully, we can keep going.”

When pressed what made her chose a club in Germany’s HBF, Emily Sando provides a surprising answer.

“First of all, I was looking for more structure in my daily life. And, there’s one thing I know for sure about Germany – there is structure in your daily life (laughing).

“It was time for me to change to a different league and play more games. Basically, in Buducnost we only played Champions League matches and only very few times in the domestic league.

“First, I thought this would be good for my body, but then I realized that I miss a regular match schedule. So, I decided to come here (Bietigheim ed.). The club has a good concept for a very bright future and I think we have everything in place to not only build a really good team, but establish a winning culture as well.

“For me it was important to join a team with a plan, a goal and the aspiration to reach for the very top.”

Talking about the international top. In previous years, Bietigheim achieved much success on the national stage, yet in the EHF Champions League, the club exited the competition early and consistently. How does Sando rate the current team?

“Maybe we are the underdogs – nobody expects much from us, compared to some of the other clubs that have been competing in the Champions League for many more years. But, we are able to spring a surprise or two. I don’t expect us to win the Champions League, although that would be really cool. Personally, I will go for it.

“The first objective is to emerge from our group with as many points as possible and see how far we can go from there. Let’s see how many teams we can surprise.

Following the win against Bad Wildungen, Bietigheim won’t have much time to rest. On Wednesday, Thueringer HC await at HBF and next Sunday, Emily Sando will meet her former club, Team Esbjerg, where she spent four years between 2013 to 2017, in game one of the DELO EHF Champions League. A match the Norwegian is eager to play.

“I love those games – I really look forward to it. I know the players quite well as they have a number of Norwegian internationals on the team and I like the way they play. They have an excellent coach (Jesper Jensen ed.), who has a plan for every situation in the game.

The fact that Esbjerg will miss two of their best players Estavana Polman (knee injury ed.) and Line Jorgensen (pregnant ed.) won’t diminish their chances in the upcoming contest, according to Sando.

“Yes, they are very important players, but often you see teams stepping up when they miss some of their key players. Sometimes, teams find extra motivation.  They stick together even more than they would otherwise and try harder.”

“Of course, I know Estavana Polman very well and she is the missing piece when Esbjerg are in need of an extra goal. They will have to find another player to do that kind of job.”

Mork and Lunde will make a difference

The Norwegian champion, “Vipers” Kristiansand, is yet another formidable contender SG Bietigheim will face in the Champions League group phase.

“It’s an extremely strong squad, made up almost entirely of Norwegian national team players. They know each other very well.

“Now that Nora Mork has joined them as well it makes the club even stronger and, of course, Katrine Lunde (national goalkeeper Norway ed.) is back after her injury and she will make a difference too. They will be very strong this year. Like the match against Esbjerg, I really look forward to play against Kristiansand.”

Later in the year, a European championship is scheduled to take place in Denmark and Norway, but for now it’s too early to look ahead, finds the Norwegian international.

“A lot of unusual things will be happening this year and this will affect the national team as well. We will enjoy home court IF we play and IF everything goes as planned. So much has to fall in place logistically. Right now, you have to quarantine for two weeks when you visit Norway. In Denmark it’s different and you can travel back-and-forth freely, for now. I don’t envy the people who have to plan the events,” concludes Emily Stang Sando.