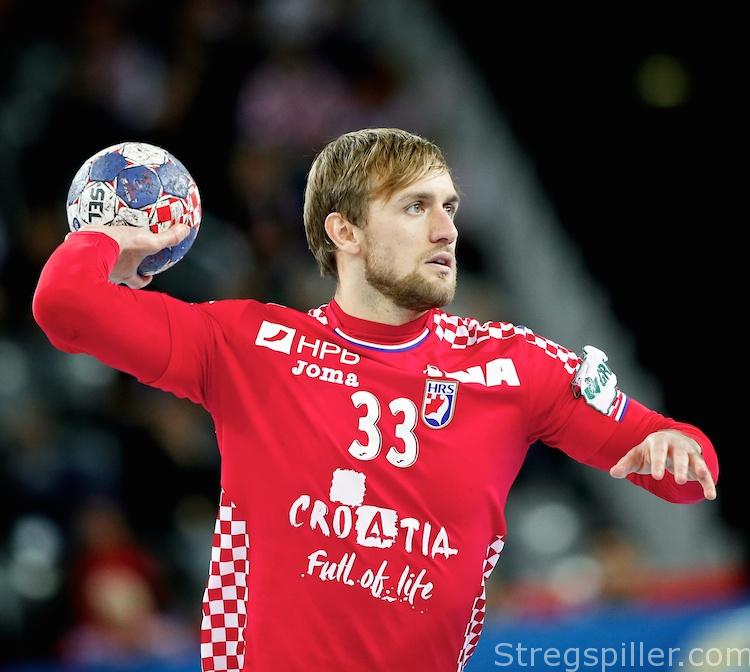 INTERVIEW – Allegedly, PSG had offered EURO 4.0 Mio. to retain the services of Luka Cindric in the summer, but this piece of information doesn’t upset Kielce´s Croatian playmaker. Neither can all the speculation about Kielce’s financial problems, as he claims in this exclusive interview with stregspiller.com.

This past Sunday, he was bad news for his former club, Vardar Skopje.

A stellar performance as playmaker and eight goals of his own say it all – Luka Cindric played an outstanding part in PGE Vive Kielce´s 31:27 win at home against HC Vardar Skopje, in Group A of the Champions League. At the same time, it was Vardar´s first defeat this season.

Cindric did not feel bad at all, coming down hard on his former teammates in a dramatic match that saw red cards for Vuko Borozan (Vardar) as well as Alex Dujshebaev (Kielce).

“Of course, playing against my former club was special, but also very motivating. I had three great years in Vardar, including winning the Champions League and I still have many good friends there,” he explains.

He also admits that it wasn’t easy for him to leave Vardar before this season.

“It was a tough decision for me, but I came to realize that I needed something new and the challenge in Kielce attracted me.

“The change hasn’t been so big for me, however. It’s a different language and a different town, but apart from that, almost everything here is the same what I was used to in Skopje.

“Even the system we play here is more or less the same, and to me there is no better thing than a system similar to the one in Vardar,” he finds.

Unaffected by rumors and financial turbulence

According to several media outlets, he was close to not playing for Kielce at all. Rumors had it that Paris Saint-Germain Handball were willing to pay a transfer fee of no less than EURO 4.0 Mio. to buy the 25-year-old playmaker out of his contract with the Polish champions.

Yet, such reports do not upset Luka Cindric and he still appears to have a very relaxed reaction to all of it.

“Now, I am Kielce and I am focused on the work ahead – I am happy to be here. I did not comment on the situation back then, and I still won’t do it today,” he says.

He also remains unaffected by some other news that made headlines – reports that spell financial trouble in Kielce.

“Everybody has been talking about it, but to me the most important thing is to perform on the court. Others will have to take care of the things I can’t influence,” is all he wants to say about this topic.

What he does want to talk about is his new team and it´s potential.

After Sunday’s win against Vardar, Kielce are sitting on eight points after five matches, just as many as the other two top teams – Barcelona and Vardar – have.

Following their narrow 29:27 loss in the opening round in Veszprém, it has been four straight wins for Cindric and his new teammates. Still, there is much room for improvement, he believes.

“We have a team with many young players and lots of potential, but also with plenty of room for progress.

“I am happy with our achievements this season so far – of course, but I think we can still be better,” says Luka Cindric who hopes his team can improve to the point that another FINAL4 appearance will become reality.

“As I have mentioned already, we have a young team, but our goal for this Champions League season definitely is to go all the way to the FINAL4, in Cologne.

“And I hope we will succeed,” says a confident Luka Cindric.