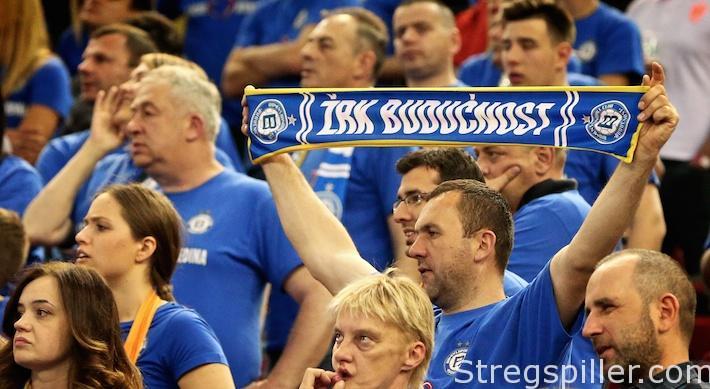 PREVIEW – MATCH OF THE WEEK, GROUP 1

It is the battle to keep up with Vardar at the top of the group, when Buducnost meets FTC on Sunday evening.

Neither team needs to be afraid of not to reaching the quarter-finals.

It is more a question of achieving best position and meeting the “easiest” possible quarter-final opponent down the road.  That’s what is at stake in Moraca arena on Sunday evening.

As expected, Buducnost did win 34:21 away against Astrakhanochka in their latest main round match.

But as of late, Buducnost, missing a few players due to injury, have left a rather shaky impression, losing their opening match in the main round 31:28 to Vardar.

This means that the pride of Montenegrin handball finds itself in third position, trailing Vardar by three points and one point behind FTC.

In their first two main round matches, FTC have shown some of the most attractive handball, and it will be very interesting to see what they can do in Podgorica.

Duel of the Match – Part 1: Neagu vs Pena

They do not exactly play the same position – Cristina Neagu and Nerea Pena.

Neagu plays left-back for Buducnost, while Pena is mainly used as playmaker in FTC’s lineup.  Still, the performance of each player is so critical that a comparison is justified.

Romanian Neagu as well as Spanish Pena have to be at their best, if their team is going to be successful. Neagu with her long range bombs and Pena with her organizational skills and shot selection.

Duel of the Match – Part 2: Cvijic vs Snelder

An interesting match-up is to be expected along the line, where two of the best line players and defenders will be facing each other.

Dragana Cvijic´s defensive qualities will be even more important to Buducnost because of the possible absence of Suzana Lazovic.   Cvijic may have an edge against Danick Snelder, but do not underestimate the Dutch international who represents top class at both ends of the court.

The two teams are actually pretty equal, when we look at their history.

Of seven previous Champions League outings, each team has won three times, while one game ended in a draw.

The draw happened in the very first encounter between the two clubs, during the first leg of the Champions League semi-final in the 2001/02 season.

Buducnost are missing playmaker Milena Raicevic, for sure.  And there is doubt about defense expert Suzana Lazovic as well as the young substitute for Katarina Bulatovic in right-back position, Djurdjina Malovic.

Both teams lived up to expectations in the previous Champions League round, as Buducnost won 34:21 away, against Astrakhanochka, while FTC defeated Thuringer HC 32:24 at home.

If Buducnost get the support they need from their fans in Moraca hall, they should be able to win, but underestimating FTC could be lethal.  I am not going to set the percentage any higher than 60:40 in favor of Buducnost.

Other Matches in Group 1

Saturday, Metz Handball scored the expected victory at home against Astrakhanochka.  A 37:18 win brought the French champions to six points and fourth position in the group.

Earlier on Sunday afternoon, Vardar is the clear favorite when visiting Thuringer HC.