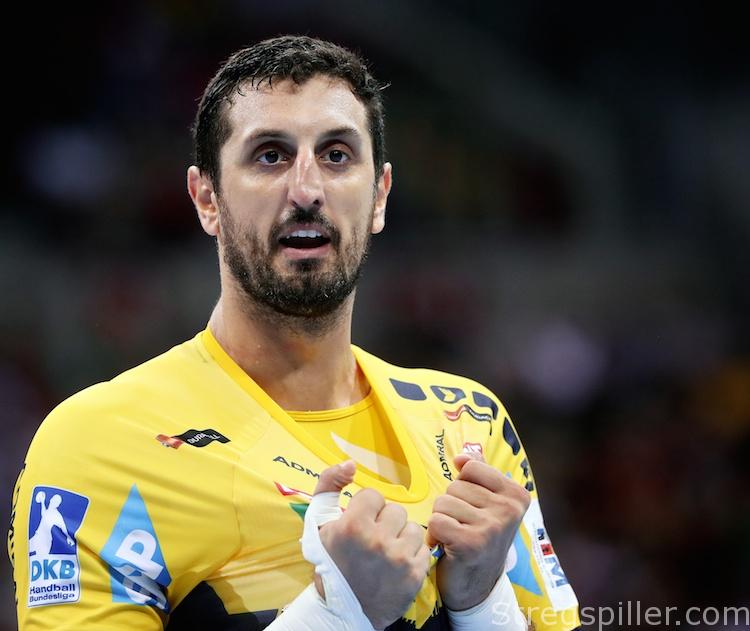 Four in a row for Vardar?

Will Vardar book a fourth victory in succession, or will the Lions book their first win, on the road, in the 2018/19 edition of the  VELUX EHF Champions League? Ahead the clash in Skopje, here is how it all shapes up.

While Vardar’s players will enter the court well-rested, Rhein-Neckar Löwen ended their Bundesliga match against VfL Gummersbach less than 48 hours before throw-off in Skopje. In that game, the German vice-champions had to work hard to reverse course and change a six-goal deficit into a 30:24 win.

And how much Ilija Abutovic, the injured, Serbian defense specialist, will be missed remains to be seen; but expect Gideon Guardiola to have his hands full.

Last but not least – Vardar’s home ground is anything but a pleasant place if you are the visiting team. Playing at home is a factor and certainly favors Vardar.

Most of the pundits saw Vardar in big trouble after the departure of Arpad Sterbik.

However, it hasn’t been an issue at all – at least not yet. So far, 22-year-old Milosavljev has done better than expected, his triple save in Montpellier still stands out as one of the most spectacular saves this season.

At the age of 32, Cupic is still a magician on right wing and two year younger Shishkarev is a reliable backup.

Patrick Groetzki (Löwen) is certainly not far behind Cupic and with Bogdan Radivojevic as his substitute, Löwen make this one even.

If it were all about size, Vardar would win this category hands down.

At 215 cm tall and a weight of 135 kilos, Kristopans is big, very big. However, the man can play handball too, shoot and score.

But Löwen will feel good about themselves, having Alexander Pettersson back in the squad, following his injury.  I see the two squads evenly matched on this position.

Vardar´s new signing, Stas Skube (former Pick Szeged), has provided a breeze of fresh air to their offense, but not many playmakers in the world compare to the level Andy Schmid is playing at these days.  And Danish international, Mads Mensah is probably the best stand-in you could imagine.

Vardar’s, Vuko Borozan has been brilliant in the first three matches of the 2018/19 Champions League. Steffen Fäth needs to be at his absolutely best – or Taleski has to step up big to keep things in balance.

His abilities on the offensive end are well known and don’t need further explanations, but Timur Dibirov is also crucial when Vardar practice their 5-1 defense.

Still, Vardar’s one-man show doesn’t compare to Löwen’s duo on left wing – Icelandic Gudjon Sigurdsson and Jerry Tollbring, who is back from injury.

Vardar´s Brazilian / Russian line player combo has been doing fine, so far – Moraes in particular – and the absence of injured Stojanche Stoilov has not been felt.

However, Löwen´s lineplayers should outperform the two, considering their individual class.

After his promotion as assistant coach of Vardar´s women´s team to head coach of the men’s squad, before the start of this season, Parrando’s performance from the sidelines has been a pleasant surprise, to say the very least.

Still, Jacobsen´s experience may give the edge to Rhein Neckar Löwen.