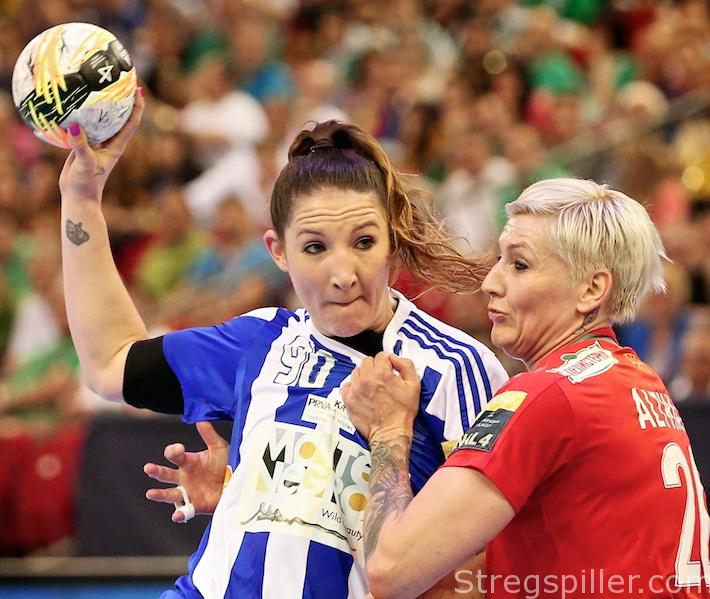 The four teams who start Group 1 of the Women´s Champions League main round will stay there and reach the quarter-finals, but not necessarily in the current order.

While the eyes of the handball world are still focused on France and the Men´s World Championship, the main round of the Women´s Champions League is just round the corner.

First match day is this up coming weekend with a Group 2 match between CSM Bucuresti and Larvik on Friday night.

For the time being, however, we will focus on Group 1, and a ranking that appears quite predictable, at first sight.

The teams that take hold first four positions after the group stage are also likely to be the quarter-finalists.

It is hard to see Thüringer HC and Astrakhanochka being able to seriously challenge Vardar, Buducnost, FTC-Rail Cargo Hungaria and Metz.  Still, the four top teams may not necessarily qualify in the same order as they are currently ranked in the league table.

Vardar start the main round on top of the group with seven points.  A draw at home against FTC in their first match has been the only lost point so far, and with Andrea Lekic back in top form after her long injury break, the Macedonians are even stronger now.

With David Davis in a permanent role as head coach (however “permanent” is defined at the club) turbulences involving the coaching position seem to have evaporated, at least for a while.  Vardar looks like the team that can defend their first place position throughout the six matches in the main round.

Buducnost is not at the same strength as in previous years.  Opening the main round with six points, one point behind Vardar, Dragan Adzic´s crew will probably maintain their second position, and they may even challenge Vardar for the group win.  We will get a very strong indication in their first main round match on Sunday evening at home against Vardar.

But if Buducnost fail to win that one, they may be challenged by FTC and Metz who are not far behind.

FTC-Rail Cargo Hungaria should not be underestimated at all.  They start their main round campaign trailing one point behind Buducnost.

The Hungarians have an interesting team, all but assuring the quarter-finals, and they definitely have a chance to improve on their current third place in the group.

Metz Handball is also a team to watch out for.  Their home ground, Les Arenes, has turned into a fortress for the squad who is fourth, sitting on four points before the start of the main round.

With the French internationals Laura Glauser in goal, Beatrice Edwige, Tamara Horacek and Grace Zaadi, supplemented by Serbian line player Sladana Pop-Lazic and Slovenian right back Ana Gros, the French champion presents a solid team that may threaten more clubs in the Champions League than many think.  They should be able to reach the quarter-finals without too much trouble.

Thüringer HC may only a couple of points behind Metz but making up these two points represent a mountain the German champions will not be able to climb.

No matter how great a coach Herbert Müller is, not even his oustanding skills, will be enough to lift Thüringer HC into quarter-final territory.

The current number two in the Bundesliga will have to be content with having made it to the main round in the Champions League – once again.

Astrakhanochka will not play a part in the hunt for tickets to the quarter-finals either.

We have said it before, and we’ll do it again: The Russian champions are a far cry from resembling the squad that took the title last spring.  Many players have left in the meantime, and the club barely made it to the main round.

They still have 18-year-old shooting star Karina Sabirova on deck – she is second in the goal scorers´ list in the Champions League so far – but her performances on the left back position won’t be enough to elevate her team in the ranks.

Therefore, the four teams that currently occupy the qualifying positions in the group will also proceed to the quarter-finals.

We will take a look at their expected opponents in the preview of Group 2.