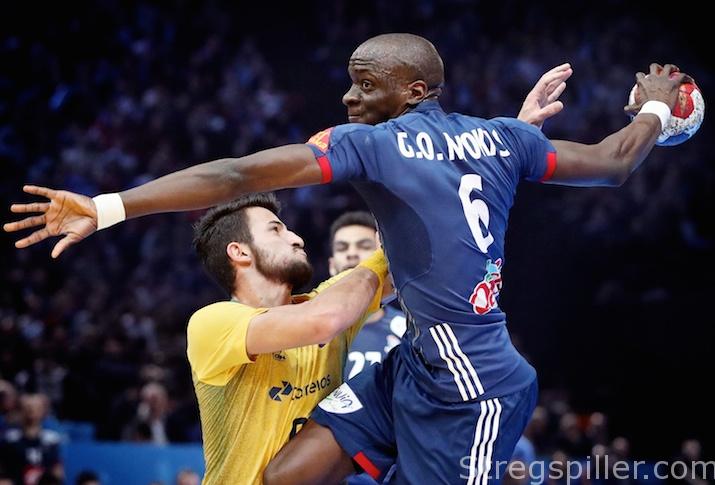 Sunday’s final of the 25th World championship will be one for the ages.  Maybe it won’t be epic, but it will be one to remember for sure.  France, the host and odds-on favorite to win the tournament prior to its start in Paris on January 11th, will face Norway. The Scandinavian’s cruised through the knock-out stage after finishing second in their group, losing only to France (28-31) in Nantes, in a close encounter.  The defending champion stumbled, but didn’t fall.

Apart from the previous meeting, France is looking to make history, becoming just the second nation to win four out of five World championships, only missing out on the title in Spain four years ago.  Romania accomplished that feat between 1961 and 1974. Handball has changed a lot since then, it’s gotten much faster, more physical and arguably more skill based as well. The result of the 1961 final – Romania won 9:8 (!) after double-overtime – says it all.

No matter if you like the style France has established in recent years, it’s mightily impressive that “Les Experts” have been able to dominate the way they did.  And thanks to their new coaches, Didier Dinart and Guillaume Gille, their dominance might continue. They were smart enough to rest the veterans, like Daniel Narcisse or Nikola Karabatic, unlike in Rio some months ago.  Not enough rest might have cost them an Olympic Gold medal back in August.

The final game will also mark the last hooray of a handball generation that has been the most successful in history.  Thierry Omeyer and Daniel Narcisse were already part of the team that won the 2001 World championship, also held in France, the country’s first ever major title.  Dinart and Gille, two of the cornerstones of the team back then, are now the two head coaches.  It feels like a family affair.  Except for Omeyer having “lost” his job to Vincent Gerard.

Gerard came up big in the semi-final against Slovenia.  He made the difference, because his counter-part, Mateusz Skok, saved just 28 percent of the shots on his goal compared to Gerard’s 41.  You can’t win games like this with an average goalkeeper performance.  Sometimes you even lose games like this with a world class goalkeeper performance.  Just ask Germany’s Andreas Wolff, who posted a massive 49 savings-percentage against Qatar and still lost the match.

For Norway winning the game and it’s first major title ever, will come down to the performance of Torbjorn Bergerud, who’s hobbling around a savings rate of 32 percent in the tournament, so far.  But he put on a show in the semi-final against Croatia – Norway won 28-25 in overtime – including a game-saving stop of Zlatko Horvat’s penalty shot after regulation time.  It has been by far the most intense game of the competition so far and Norway needs a lot of more drama to beat France.

Although Norway’s players are far more physically advanced than the Slovenians, it will be hard for the Scandinavians to find solutions if Sander Sagosen and Christian O’Sullivan play on the same level as they did against Croatia.  They need to do much better to create space and move Credric Sorhaindo and friends around.  I’m not convinced that they will be able to do so.

My bet is, and it sounds boring, that France will win the game by three goals.  The team will go down in history as one of the most succesful sides in sports history, but this time the host won’t win because it was superior to all the others, but because it’s smarter than all the others.  Teams like Denmark or Germany weren’t up to it when they needed it and Norway, Slovenia or Sweden probably lack the power to defeat France.

Yes, I’m boring, but France is the safe bet, and a smart one.