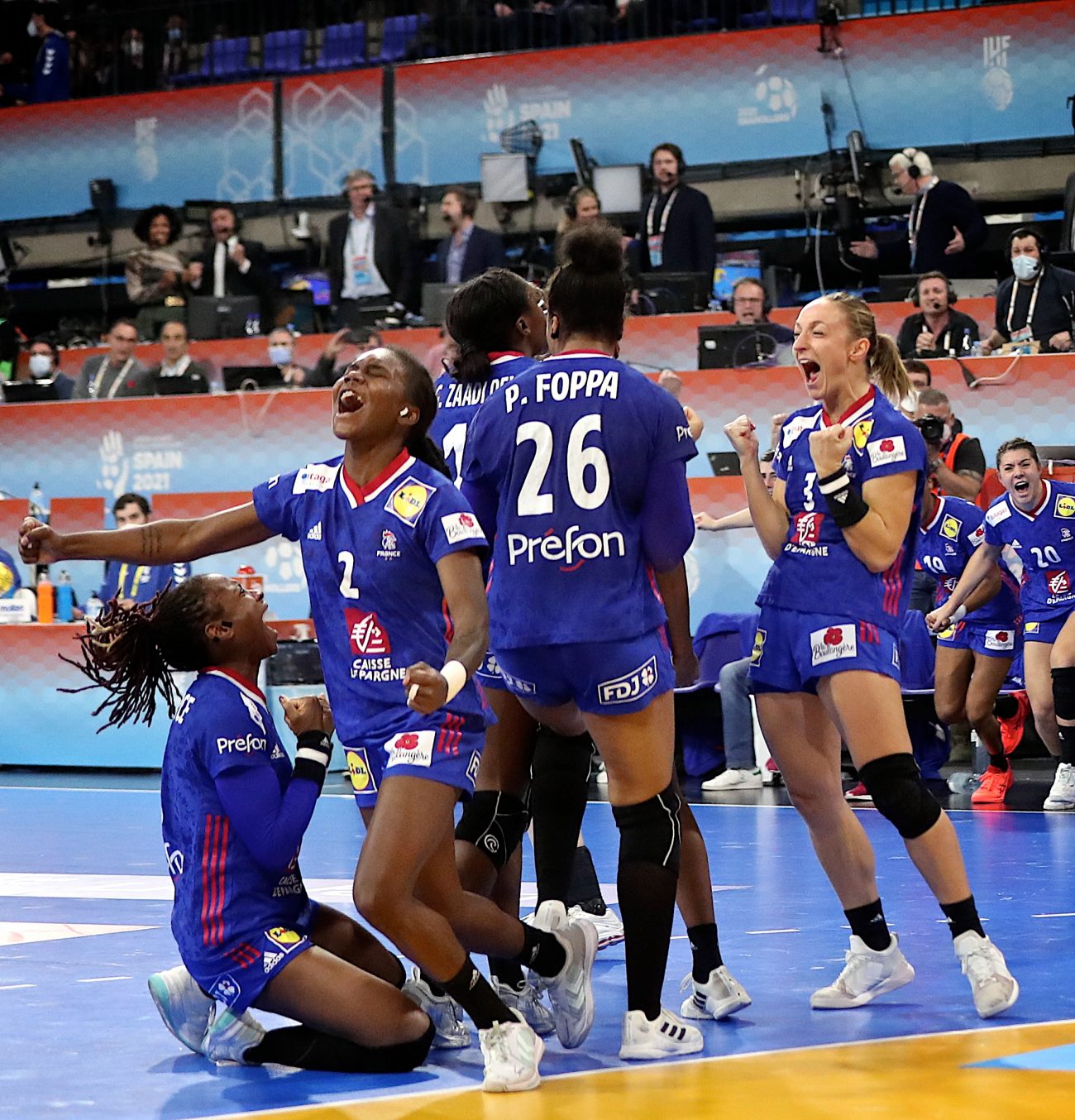 Spain 2021’s two most dominant defences came head-to-head. Two very different approaches to the art but both incredibly effective, who would be able to force their style of play to the fore?

France come into this as reigning Olympic champions and seem to be slowly but surely finding that form at the business end of the championship. They came up against a Denmark team looking the most likely in years to return to the glory days. Denmark knocked France out of Japan 2019, was revenge on the cards?

France used all their guile and guts to snatch victory in a game they did not lead until the 57th minute, leaving the Danes heartbroken. The Olympic champions score their second win against a Scandinavian side in a row and will now either have the opportunity to complete the triple crown against Norway or take on hosts Spain in Sunday’s final.

After three minutes of strong defensive pressure, Denmark got the scoring started through Trine Østergaard. Alicia Toublanc looked to strike back immediately but all she could strike was Althea Reinhart square on the face – completely unchallenged and with the keeper standing still, it seemed a headshot worthy of punishment.

Thankfully Reinhart was ok and returned shortly afterwards, making six saves by the end of the half, and Denmark got on with business. Their defence was looking as lethal as it has been all tournament long, forcing 10 turnovers, and their counter-attacking was causing France serious difficulty with Line Haugsted tearing through on three occasions.

Trailing by four midway through the first half, Meline Nocandy injected some much-needed life into the French attack, inspiring confidence in her teammates, but minutes later she hobbled off for treatment.

Despite their apparent dominance, it seemed that Denmark did not translate that onto the scoreboard, Laura Glauser saved a Simone Petersen penalty right at the final buzzer to see France go into the dressing rooms just 12:10 down – unhappy with the performance but very much still in the contest.

Denmark needed to get off to a fast start in the second period to avoid Sweden’s fate of two nights ago and that’s exactly what they did with three Anne Mette Hansen goals and another classic Haugsted counter punch.

Hansen was a nightmare for France’s defence, winning and scoring a series of penalties, but in this low-scoring affair, it wasn’t enough to put them out of sight and Denmark relied on Reinhart to keep them 18:15 ahead by the 45-minute mark.

Things began to really heat up from that point. A double Danish suspension left a window of opportunity but Mie Højlund did her best to shut that with a pair of goals. Zaadi and Nocandy were heating up in attack, while Nze Minko was disrupting the Danish defence brilliantly at the top of a 5-1 defence.

After Zaadi levelled the scores at 20:20 with 9 minutes remaining, France won a penalty and with it, a chance to take the lead. On came Sandra Toft to face it, she saves Pineau’s shot, then three more huge stops moments later to keep Denmark in the contest.

But there was an unlikely hero who emerged among the French, Alicia Toublanc. Two goals from the right wing in the final five minutes gave France the advantage before Pauletta Foppa bundled home the winning goal with just over a minute left. Darleux and her defence held firm and ground out the most dramatic of victories, leaving the Danes dejected at the final buzzer, falling just short of a first world final since 1997.

The 5:1 scoring run for France in the final quarter is a strong contender but for me, it came much earlier, towards the end of the first half.

Denmark were easily the stronger of the two teams in the opening 30 minutes and they let it show for most of it but missed opportunities and soft turnovers left the door open for France to creep back into contention. A two-goal game must have left France feeling buoyed, considering their first-half performance, and feeling that if things clicked, they could grind out a victory.

What They Said – Coralie Lassource (France)