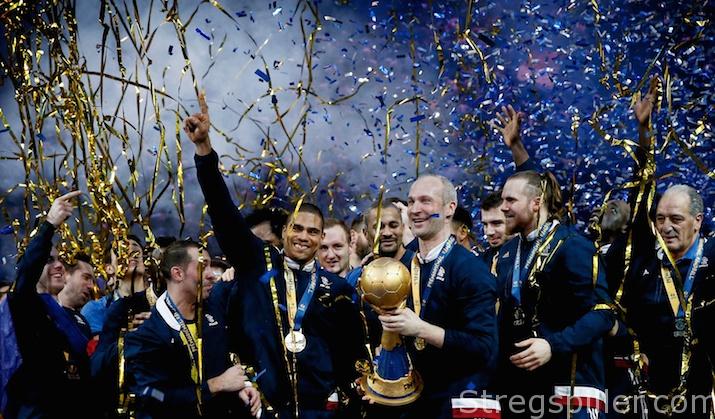 For the first time in a long time, France are going to play an international competition without Thierry Omeyer and Daniel Narcisse. Furthermore, due to various injuries, five of the sixteen players chosen by Didier Dinart haven’t played any major championship before.

“But it’s not like these guys are left alone. There are players on the team who will push them, help them – we’ve a lot of talent and motivation,” says Didier Dinart, who stepped up – successfully – to main coach status a year ago. As a matter of fact, there are many experienced players in the French squad. Cédric Sorhaindo, Nikola Karabatic, Michaël Guigou, Luc Abalo, all four of them were already present when France beat Croatia in the final at the 2009 World championship, in Zagreb – the very same place they like to return to for the final weekend in 2018.

And, so far, things are looking bright. Three Golden League games in France last weekend that included two victories and a last-second defeat against Denmark have provided the base to build upon.

“The Golden League had a very good turnout, in my opinion. We know what we still have to work on, but we had a lot of good moments as well. You could say that we lacked a bit of experience or good fortune against Denamark, but the result was not important. The way we played was very satisfying,” said Guigou, back in full-form after an injury to his arm.

Does it mean that France can be a medal contender? Probably – even though the team’s expectation will be more precisely defined after their clash against Norway, on Friday.

“We have marked this game with an asterisk since the beginning of the preparations. We know that, going to the main round with a defeat, we’ll have far less chances to qualify, especially as we’ll probably play against Croatia, in Zagreb,” says Dinart, who didn’t learn much from the game his team played against Norway last week.

“They decided to leave Sagosen aside, but I decided to play with my full team, so we could practicing our attack against their defense.  We saw some progress, especially stopping their fast-breaks. Yet, they scored fourteen (goals ed.), after quick throw-offs, which is nuts – we must find a way to stop that”.

Maybe his team didn’t stop Jondal and Björnsen running at their pleasure, but Dinart could count on other assets.  In the absence of Accambray and Nyokas, Nikola Karabatic has become as important as left-back as he is as center-back, while youngsters like Dika Mem continue their upward trend – Mem, in particular, has been playing on a high level since the beginning of the season in FC Barcelona.

The only real question mark – at this moment – is Timothey N’Guessan’s inability to step into the spotlight.  This weekend, his presence wasn’t felt against Norway and Egypt before scoring five against Denmark. A paradox even he can’t explain.

“For sure I feel a little bit more pressure but I don’t think it can explain why I sometimes play quite well but on another day so bad. I really don’t know to be honest, but I’ll make sure I try my best during the competition,” says N’Guessan.

Trying their best, that’ll be the key for all French players, who, despite the many absentees, have a really good chance collecting another medal. Will it be a golden one?