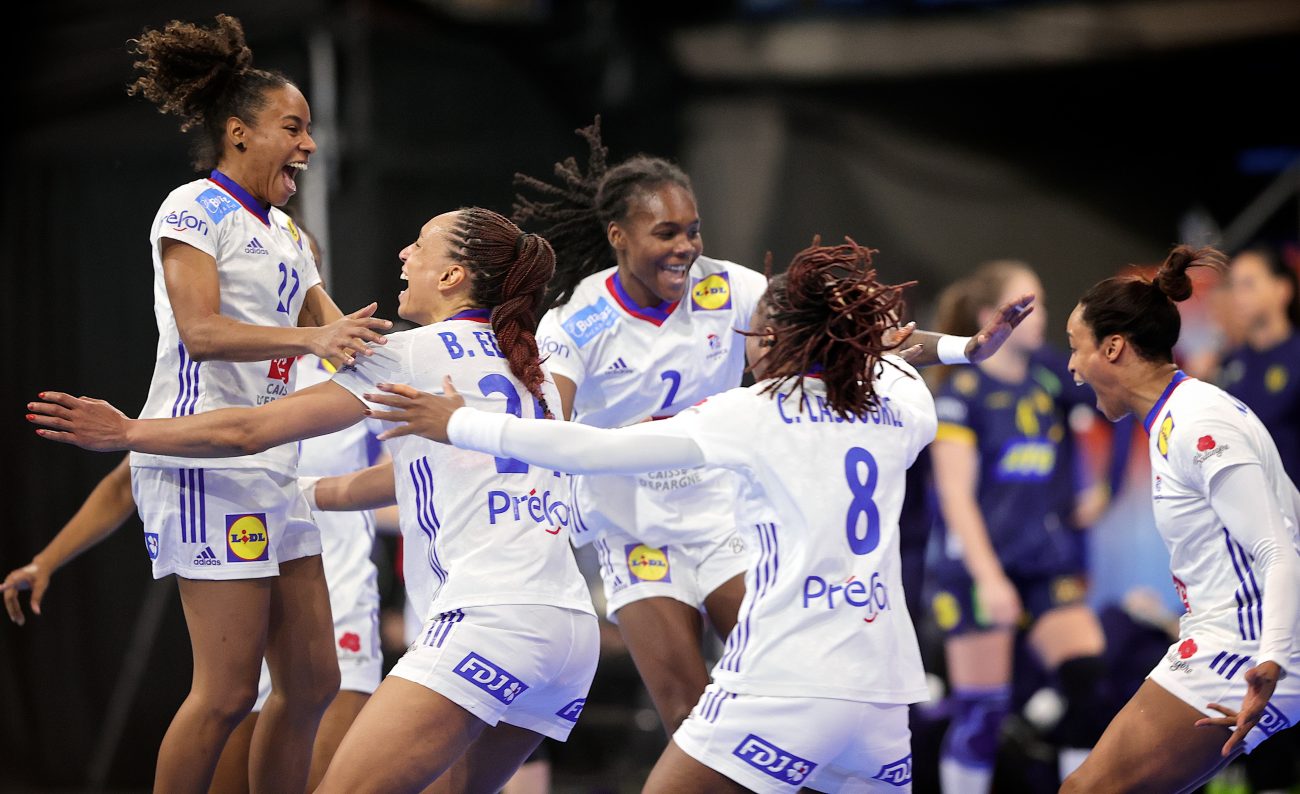 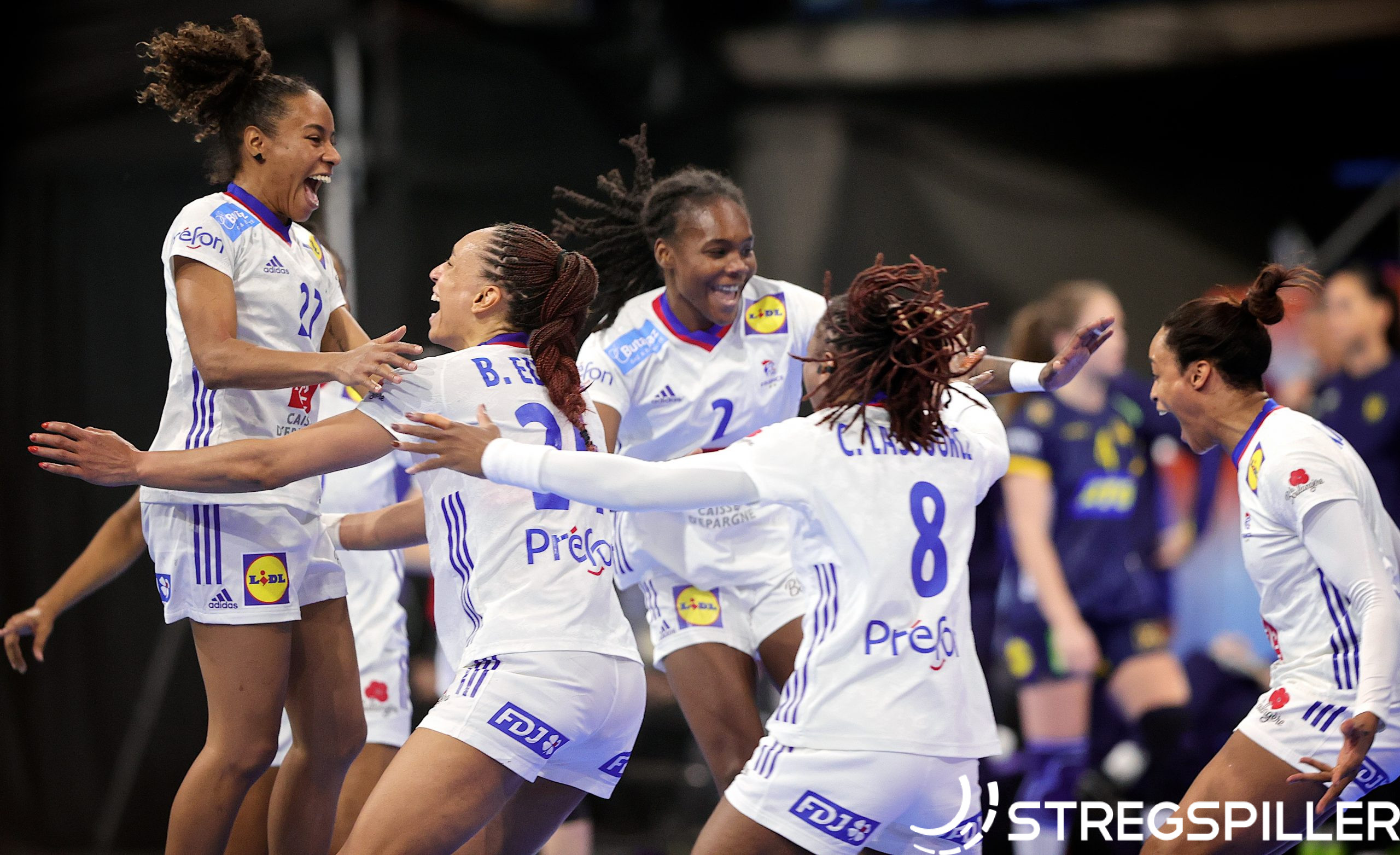 Saving the best for last, the headline quarter-final pitted two teams completing a trilogy of big matches in 2021.

At this summer’s Tokyo Olympics, they played out two thrillers, a 28:28 draw in the preliminary round and a 29:27 win for France in the semi-finals, en route to their gold medal.

This Swedish team on the rise continued to impress at Spain 2021, treating us to two entertaining draws against the Netherlands and Norway, preparing them nicely to face a French side that appeared to be playing within themselves to date.

A scarily good defensive performance by France in the second half leaves the Swedish attack stranded and the Olympic champions progress to face another Scandinavian test on Friday against Denmark.

A ropey start by both sides, spurning some good goal chances and delivering stray passes. With neither side willing or able to take the initiative, we drifted past the 10-minute mark all square at 4:4.

France have been famed as the toughest defence to break down in recent years but they were being given a taste of their own medicine by Sweden, while Jamina Roberts had no qualms about testing the French centre block, forcing penalties and suspensions.

In a cagey first half, it took France 18 minutes to really begin expressing themselves in attack with a pair of well-worked back court goals by Méline Nocandy and Océane Sercien-Ugolin.

Jessica Ryde was a real standout for Sweden in the early stages but fell quiet as the half wore on. Meanwhile, France had to wait 23 minutes for their first save with Cleopatre Darleux coming on to make three stops before the sides went into the break level at 15:15.

Sweden suddenly found themselves up against a different defensive beast and chances became very difficult to come by. They squandered a two-minute numerical advantage and France smelled blood. A 22:17 lead developed with Coralie Lassource enjoying a field day on the left wing.

The introduction of Jenny Carlsson into the centre of a 7vs6 attack transformed Sweden but was it too little too late?

France led 26:23 with 10 minutes left on the clock, Grace Zaadi decided it was time she took control with delightful assists and defence-splitting moves while setting the pace France needed to close this match out. A Darleux save in the 58th minute all but confirmed the deserved victory for France.

Jamina Roberts vs the French defence looked like it was going to be a crucial clash today and so it proved to be.

In the first half, Roberts led the charge for Sweden, prodding and probing the French defence and creating opportunities for the team but the defence gave as good as they got and were making her increasingly uncomfortable, as shown with five turnovers in the first half.

In the second half, confidence appeared to be dented and it showed with France clamping down on defence even more and not giving Roberts a real chance to squeeze in between 1 and 2 in defence as she has done so brilliantly in this championship. One shot on target and a goal in the 51st minute tell us a lot about how France targeted Roberts and unfortunately for Sweden, not enough of her teammates were able to pick up the slack in attack.