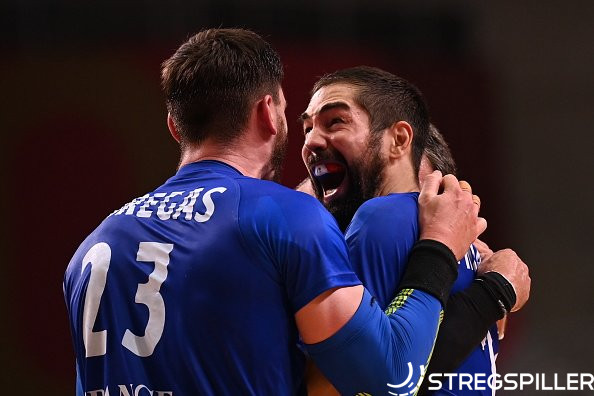 A lot has changed in the handball world over the past five years but France’s ability to show up at the Olympics certainly hasn’t.

It was a repeat of the Rio 2016 final, in which Denmark won 28:26 for their first gold with 15 of today’s participants involved, and France were looking for revenge in their fourth consecutive final.

In the semi-finals, Denmark beat Spain and France beat Egypt by an identical score of 27:23, setting up a final pairing which not everyone would have predicted but nobody was surprised by.

France’s defensive dominance and variety in attack shone through in the middle third of the game to give them a lead they just about managed to hold on to, winning 25:23 and claiming their third Olympic gold medal in 13 years.

After a fairly standard opening, Hugo Descat’s extraordinary penalty record at the games came to an end as he was finally stopped at the 16th time of asking by Niklas Landin in the fifth minute.

That led to a quiet period by both sides in attack, with neither side able to take their chances, before a quickfire pair of goals by France heroes Nikola Karabatic and Michael Guigou gave them their first significant lead of the day, 9:6.

The intense tactical and physical battle began to take its toll on Denmark as their attack were unable to build a head of steam, while France’s dynamism and variety in attack began to shine through with 10 different players popping up with a goal in the opening half to give them a deserved 14:10 lead.

France were in no mood to be caught out after the break, in fact they pushed even harder to take a six-goal lead.

Mathias Gidsel appeared to be the only man capable of making a dent in the French defence in the third quarter but he was finally joined by Mikkel Hansen, who fired in three in a row to drag Denmark back into the contest.

Two soft suspensions in a minute opened the door wider and the reigning champions didn’t need a second invitation, drawing within one goal at 22:21.

In the 55th minute, Mikkel Hansen was finally denied from the penalty line as Yann Genty’s “give me your best shot” approach paid off with a save on his goal line.

But Denmark were not done yet, they had one last possession to draw level but Gidsel’s ball into the line was cut out by Luka Karabatic and Ludovic Fabregas threw the ball into an empty net, sparking celebrations for the French and tears for both sets of players for very different reasons

All eyes on – Karabatic vs Hansen

Olympic finals are made for names like this to clash. The two PSG teammates and talisman for the respective countries faced off on the biggest stage yet again and perhaps for the final time.

Nikola Karabatic return from injury over the past year has been remarkable and in this tournament, he proved that he was anything but a passenger, called up for his reputation. His defensive output was incredible in the first half, shutting down anything and everything that came his way and adding a couple of goals for good measure.

Mikkel Hansen’s nine-goal haul in the gold medal match made him the highest scorer in a single Olympic tournament with 61 but those numbers betray his actual contribution. From open play, Hansen scored four from 10 shots and he never really looked comfortable against France’s defensive style.

Although it was Karabatic who threw the ball away with 45 seconds left on the clock, giving Denmark one last chance, it went unpunished and Nikola claimed his and France’s third Olympic gold medal.