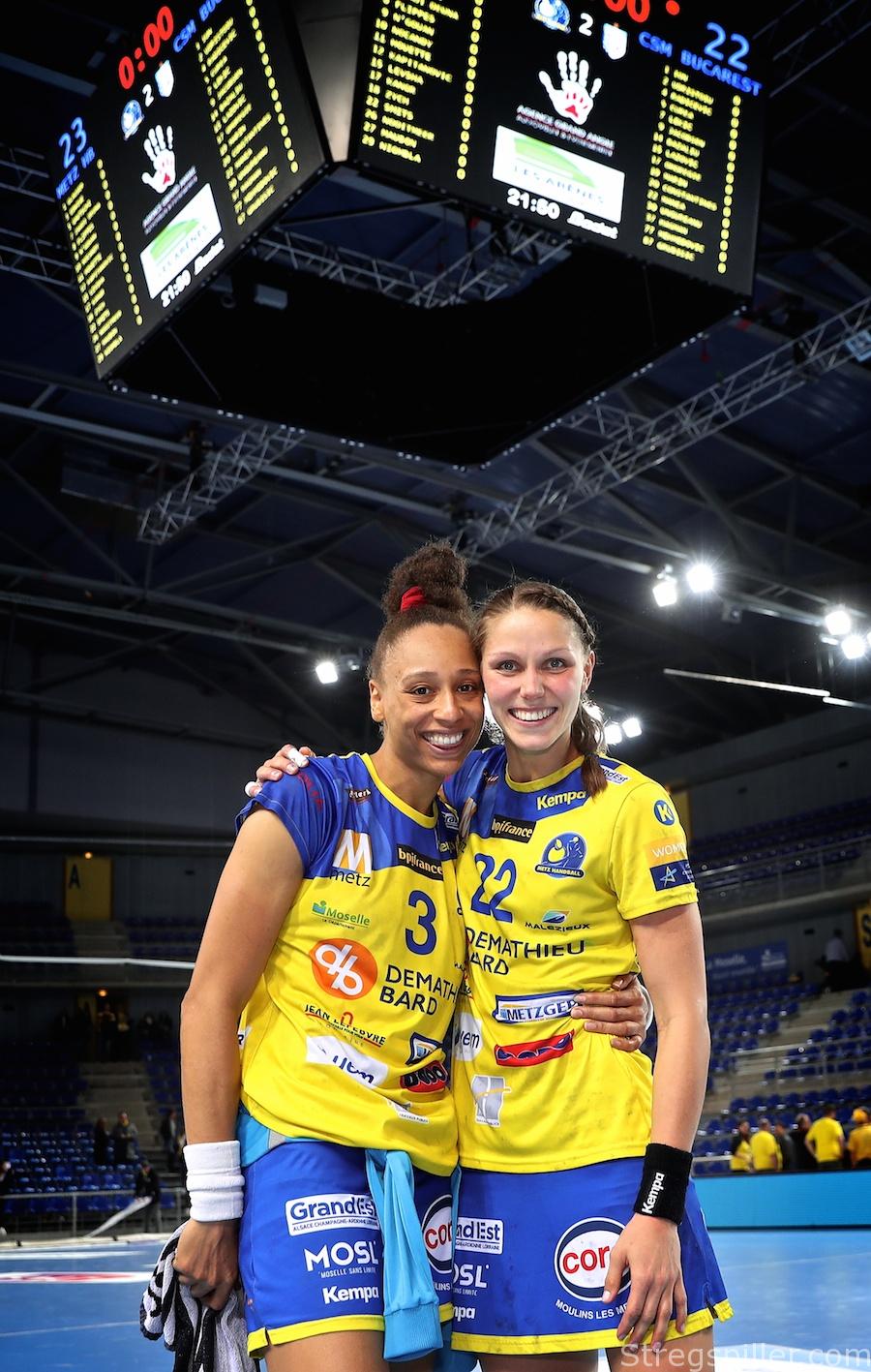 INTERVIEW – Along with most of her teammates of Metz Handball, Xenia Smits will travel to Budapest to play the FINAL4 of the Women’s DELO EHF Champions League, for the first time. After winning by five in Romania, the French side succeeded again at home, on Saturday evening.  A few moments after the final buzzer, the 24 years old player was still overwhelmed by the achievement.

“I just don’t have the words, right now. Maybe French girls are used to winning with their national team, but I can’t say the same.  I am just lost for words. We have to go to sleep and maybe tomorrow, I’ll realize a bit more. But it’s huge,” she says, moments after shedding a few tears of joy.

Four years after leaving Germany, the left-back finally made it to where some of her heroes went before.

“This is the biggest weekend in handball you can play on club level – it’s incredible. The team that’s the fittest at this point of the season will win,” she sums up.

Even as a newcomer, Metz won’t travel to the Hungarian capital just for the sights, but to create a massive sensation. Györ, in front of a home crowd, is the odds-on favorite – no doubt.  But, it’s hard to tell which one of the other teams will be the underdog. Metz have already beaten Rostov twice this season and they’ll definitely step up for the occasion.

Over the course of the past year, Xenia Smits has steadily improved her game and it all showed when Metz got the upper hand in Bucarest, last weekend. Just one short season ago, the Romanian side didn’t leave the French champion a chance, but this time Metz took advantage.

“It wasn’t an easy week. Last year we lost there (in Bucuresti ed.) and we knew that anything is possible. This time the games were similar, but the other way around. We played at a very high-level for 120 minutes – we had to.  Bucuresti is a team designed to go to the FINAL4, but because of us, they didn’t make that far. It may sound a bit harsh but we’re quite happy about it. After all that’s sport,” smiles the German international.

In Budapest, Metz will count on the support of their fans as well, as the team has every intention to push hard for what could become their first ever European title.

“Tonight, it was all very “yellow,” she laughs.

“The fans kept pushing us, even when we were behind and that was very important. The atmosphere was incredible and so is the qualification for the FINAL4.  It was a crazy evening, and we’ll work very hard for the adventure to continue.”