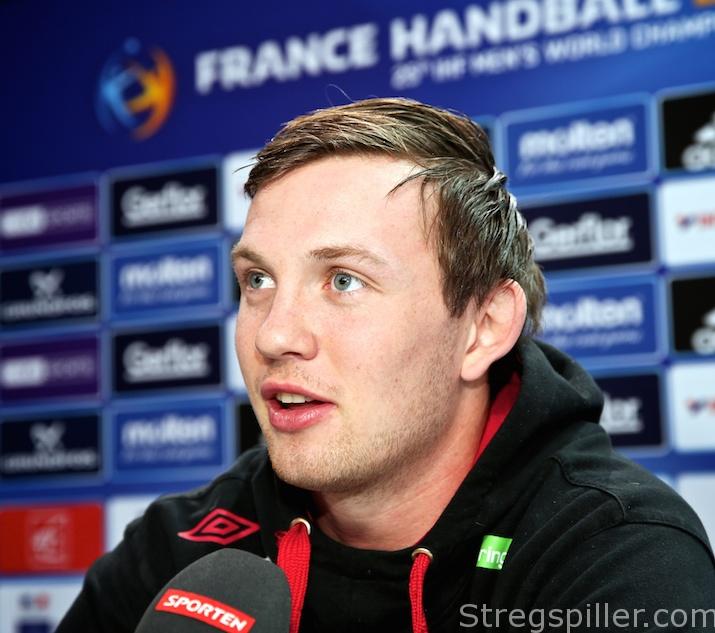 As World Cup 2017 enters its “medal phase” it’s an opportune time to look back at the past two weeks in Paris, Rouen, Nantes, Lille, Albertville, Brest and Montpellier.

It all began in Paris-Bercy on January 11th when Karabatic & Co crushed a Brazilian team that appeared to be intimidated from the second the opening whistle blew, in their opening match of the bi-annual competition.  Within a few minutes the game was decided in favor of the home team and Accor Hotels Arena began to celebrate.  In the days and weeks that followed, “Les Experts” took the show on the road and the party didn’t stop there.

Since opening day, handball fans around the world witnessed the petty drama involving Rene Toft Hansen’s customized elbow protector, and the IHF’s haphazard response to solving it properly, after bringing attention to the rule violation.

True highlights of the first two weeks of World Cup 2017 included Chile – the country recorded their first ever victory at a World championship.

And Sweden re-appeared on the international handball scene with a rejuvenated squad, playing hard and fast before being stopped, in front of a world record setting crowd of 28,000 spectators, in Lille, by the French host who had lost line player Luca Karabatic in the meantime, without suffering any damage.

In the round of last-16, Germany and Denmark dropped out of the tournament prematurely – surprisingly.   Not the only similarity, as both nations are in the middle of a coaching change, as well.  Sigurdsson (Germany) will be off to Japan and Gudmundsson to …

The upward trend of the two handball powerhouses ended abruptly, on the same day, after having won Olympic Gold (Denmark), and Bronze and the European championship (Germany) in 2016.  Germany lost its bearings against Qatar’s mercenary squad in the last couple of minutes of their game and Denmark couldn’t find appropriate solutions throughout their match against heavy-footed Hungary.

Instead of the usual suspects, France saw itself fighting against Slovenia for a spot in the final game of the tournament – the crew of coach Vujovic had disposed of Qatar rather easily in their quarter-final bout.  And “Wild Card” entry Norway will try to make their next historic move, after having secured semi-final berth, the first ever for the Scandinavian nation.  While Karabatic & Co had no problems overwhelming Slovenia, the encounter between Norway and Croatia should be more evenly matched.

While Croatia appears to be nursing a number of injuries, Norway will take to the court in full force.  Since their dramatic defeat in the semi-finals against Germany at EURO 2016, the team that usually resides in the shadows of Norway’s handball women, went on a rollercoaster ride – missing the Olympic games in Rio and failing qualification for the World Cup in France.  But that was then and this is now.  Following successive victories against Macedonia (round of last-16) and Hungary (quarter-final), coach Berge’s crew is full of confidence ahead of tonight’s semi-final against the Balkan nation.  In a recent interview, Christian O’Sullivan summed it up: “Last year we lost a semi-final against Germany – we will not make the same mistakes again.”

Indeed, Norway seems to have the momentum tilting the odds in their favor but despite the perceived advantage, Croatia’s coach, Zeljko Babic, has not given up yet – to the contrary – according to his quote on “Handball Planet”, “It’s not a game, it will be war.“

Whatever it will be – will the winner have the resources to end the Cinderella story of host France?

As of now, the festivities are set for a French party XXL style on Sunday afternoon at the arena in Paris-Bercy.  As of this writing, Norway appears to be the more suitable opponent to challenge France for a second time in a fortnight.  For one, Myrhol & Co are healthy and they possess the physical resources to withstand a powerful French attack and defense formation.  Like France, coach Berge’s squad rides on a wave of success and they have learnt from earlier mistakes during crunch time.  But first things, first.  Croatia cannot be taken lightly, as Norway knows all too well.

Yet, if the Scandinavians can keep momentum and focus, in their fight with Croatia, the crowd in Paris may be in for a treat on Sunday, January 29th, witnessing the two front-running nations in men and… women’s handball.