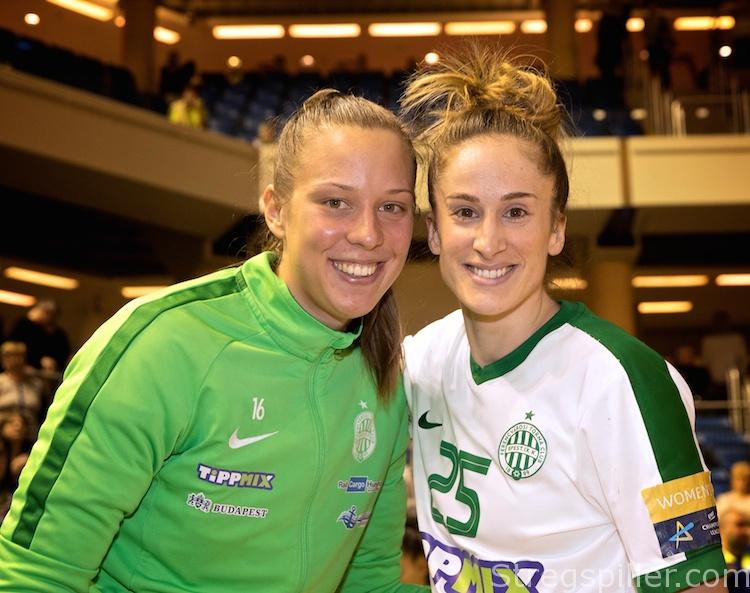 FTC do their bit to secure dream final

MATCH REVIEW – In a one-sided match, FTC qualified for the final of the Women’s Magyar Kupa Final Four.
The Champions League Quarter-finalists were never in trouble against Dunaújváros in the first semi-final in Debrecen on Saturday.

Before this weekend in Debrecen, Dunaújváros coach László Györgi characterised his team’s Final Four berth as a big success.
He and his team had to be content with that success and maybe finish third in the Hungarian Cup as they never really stood a chance against FTC.

It was hard to imagine how Dunaújváros had managed to eliminate Siófok with all their prominent names in the Last 16.
The FTC win was never in danger and it was even hard to predict their chances in the Champions League quarter-finals based on this match, where the opposition were simply too poor.

Despite missing two penalties, FTC were able to take a clear and reassuring lead with them to the dressing room.

Gabor Elek´s team simply took control from the start, leading 2:0 and 4:1, and from 6:2, they were leading by three or four goals for a long stretch, before increasing the distance to seven towards half-time.

Elek made use of his team’s superiority to rotate his backcourt line and in general, he was successful with his moves.

Furthermore, the FTC coach could be pleased by seeing Noémi Pásztor doing fine on the line in the absence of the long-term injured Danick Snelder.

It was more than difficult to see how Dunaújváros could come back into the game, László Györgi would have to come up with something sensational to make that happen.

He did not find any magic key, but he got a bit of help from his opponents from the start of the second half, at least. Seemingly feeling sure of the win, FTC began to lose concentration, with their shots in particular.

After Dunaújváros reduced the gap to 22:18 in the 43rd minute, Gabor Elek called his first timeout of the match

This worked to perfection as it took FTC less than eight minutes to double their lead from four to eight at 27:19, and the favourites stayed comfortably ahead for the rest of the match.

What They Said? – Nerea Pena (FTC)

“Dunaújváros came close a few times, so we were afraid they might come back, but we controlled the match and we knew that if we kept the distance to five that we would win the match.

“I think the speed of the game will be important in the final if we play Györ. They are very fast, so we need to control the match. If we allow them to keep going at speed, it will be a negative point for us, so controlling the tempo will be key.

“The feeling between Fradi and Györ is special, it’s difficult to explain, it makes these matches so important and special.

“We have a lot of self-confidence from the last two draws against Györ, where we were losing and then won a point, so after two draws we are now ready to fight for a win and a title.”

The Fönix Hall in Debrecen was far from full and the atmosphere suffered from that. In fact, the FTC fans – enthusiastic as always – were almost alone in creating the atmosphere.

For FTC, Sunday’s final and in a few weeks the Champions League quarter-finals against Rostov-Don. A for Dunaújváros, it will be the bronze medal match on Sunday afternoon.