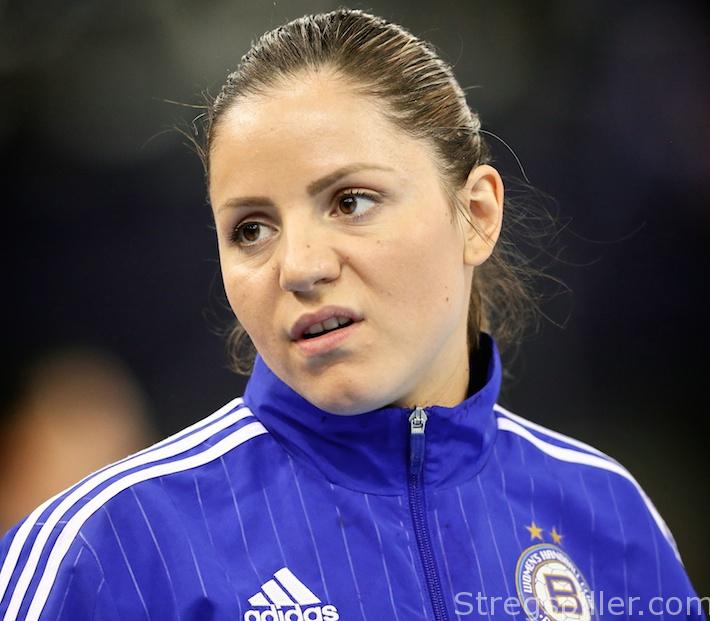 CHAMPIONS LEAGUE – MATCH OF THE WEEK – GROUP 1 – Buducnost got some revenge for the humiliating loss at home against FTC earlier in the main round.

The one-goal Montenegrin win robbed FTC of the top spot in Group 1 and played into the hands of Vardar.

FTC would win the group assuming a successful game against the Montenegrin champion.

A tie would do, if Vardar would not win at home against Thuringer HC who were unable to proceed in the tournament any further.

Buducnost still had a theoretical chance to gain the top spot as well, but it would take a nine-goal win for the Montenegrins, and Vardar would have to surrender at least one point against Thuringer at the same time.

FTC´s impressive winning streak in the main round came to an end last weekend, when they only achieved a 29:29 draw in Germany after a subpar performance against Thuringer HC.

Buducnost had the initiative for most of the 60 minutes, and with several four-goal leads in the second half, they were heading for a clear win.

Still, FTC did not give up and were able to cut down the deficit. But in the end, Buducnost took both points, deservedly.  Two early suspensions for one of their most important defenders, Dragan Cvijic, did not play major role.

The result cost FTC the group win, while it did not help Buducnost to advance from third position.

FTC almost needed ten minutes to get the ball past Marta Batinovic, who was tending the goal of Buducnost.

Two goals from Katarina Bulatovic, one from Dragna Cvijic and one from Cristina Neagu had given the visitors a comfortable 4:0 lead.

After a fine start, however, it was Buducnost´s turn to have scoring problems while FTC took advantage and changed a 0:4 deficit into a 5:4 lead.

Three goals from Szandra Szollosi-Zacsik played an important part in this swing of fortune.  And so did a fine performance from Blanka Bíro in the Hungarian goal.

Luck was not exactly on Buducnost’s side during that phase of the game either, as the team hit the goal posts no less than three times.

The Buducnost defense was also hit, as one of their most important defenders, Dragan Cvijic took two two-minutes suspensions within the first 17 minutes of the game.  But it did not weaken the visitors´much.

For the rest of a low-scoring half, Buducnost maintained the upper hand.

In the remaining 30 minutes of the match, Buducnost stepped up their game.  Cristina Neagu who had scored one goal on five attempts in the first half was on fire shooting 6/8.

Katarina Bulatovic followed suit ending the match with seven goals of her own.

The two sharp-shooters played an important part in Buducnost increasing their one-goal lead at the half to four at 15:11 and later at 17:13.

Djurdjina Jaukovic, who took extra responsibilities because of Cvijic’s early suspensions, solved her task extremely well, and she even found the energy in offense, scoring five goals on as many attempts.

Despite Buducnost´s clear advantage deep into the second half, FTC still managed to create some tension at the end, reducing the distance to one goal at 21:22.

Marija Jovanovic played an important role as the 31-year-old Montenegrin left-back scored six out of FTC´s last seven goals.  But her effort was not enough to bring her team back into the game.

FTC never caught up, and when Neagu made it 24:22 with 49 seconds left, the match was decided.  Jovanovic´s last goal came too late to have any effect.

Christina Neagu – not because of her scoring percentage (7/13), but because the way she improved her performance in the second half.

And like a true leader, she took responsibility when firing the deciding shot in the dying moments of the match.

No doubt – they are going to miss her in Podgorica when she moves on to CSM Bucuresti after this season.

Hungarian handball spectators are always amazing, and the fans at Elek Gyula Arena were no exception.

The did not disappoint me this time either, and they deserve plenty of credit for supporting their team as enthusiastically in good and bad times.

FTC could not defend first place in the group as Vardar defeated Thuringer HC as expected in the other game on Saturday.

The Hungarian finish second and will face CSM Bucuresti or FC Midtjylland in the quarter-final.

Considering FTC´s two most recent performances, they should be happy that the quarter-finals are three weeks away.  It may give them the time to re-focus and get back on track.

To Buducnost, the victory did not change anything.  Finishing third, Dragan Adzic´s team can look forward to meeting Larvik in the quarter-final, playing the second leg at home.

Vardar vs Thuringer HC 36:26 and Astrakhanochka vs Metz Handball 20:28