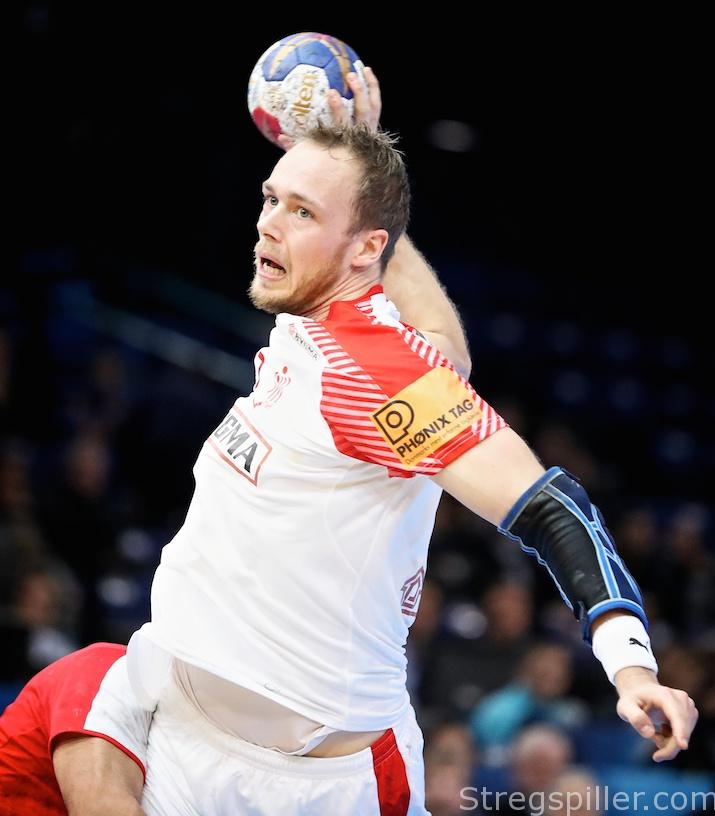 Future in place – EURO ahead

INTERVIEW – Henrik Toft Hansen (Denmark) can play the EHF EURO 2018 having peace of mind when it comes to his future.

The experienced line player will be leaving SG Flensburg-Handewitt for Paris Saint-Germain after this season.

In this interview with stregspiller.com, he admits that the decision has been more difficult as he has a family to think of.

Right now, Henrik Toft Hansen has a lot to look forward to.

In a few days, he and his Danish teammates will begin their campaign at the EHF EURO 2018 in Croatia, and after this season, the 31-year-old line player looks forward to starting an adventure at mighty Paris Saint-Germain Handball.

In the “City of Light”, he will replace Swedish international Jesper Nielsen who in turn will be joining Flensburg´s Bundesliga rival, Rhein-Neckar Löwen in the summer 2018.

But Toft´s decision to move wasn’t as clear cut as it looked from the outside; things have been more complicated than that.

First, he received an offer from Danish league club, Ribe-Esbjerg HH, and this seemed like a perfect arrangement, as his wife, Swedish international Ulrika Toft Hansen is playing for Team Esbjerg.  The couple also have 2-year-old son.  Then the offer from Paris arrived, and for the Toft family that was too good to turn down.

“Of course, things are a bit more complicated, when you have a family, and a wife who plays at top level as well.

“However, I have known all along that my contract with Flensburg was expiring at the end of this season, and that we would have to make a decision about the future.

“For now, I am just happy about having my future in place, and first and foremost I want to focus on EURO’18.

“I am happy to be with the guys in the national team again, and I am here to achieve results for Denmark.”

Of course, it would have been a perfect solution for the Toft Hansen family, if Ulrika would have gotten a contract offer from Issy Paris Hand, but as these lines are written, there is nothing official on that part.

“I am sure we will find a solution that suits our little family, but for now, I have no further comments.  Now, I am focusing on the European championship,” is all Henrik Toft has to say about the subject.

“I am very much looking forward to playing the European championship, and I feel we are very well prepared.

“We have been working with Nikolaj (Jacobsen, national coach, ed.) for a while now; we have played some test matches, and we have become familiar with the way he wants us to play.

“Nikolaj is a very competent coach, a fact that is emphasized by his success with Rhein-Neckar Löwen.

“He has come up with some new ideas, which we implemented in our training and in our test matches.  And so far, it all works very well, I think.”

“We feel secure about Nikolaj and about each other.  Of course, there are still things we can improve on, but in the big picture, I see us as a very strong competitor,” says Henrik Toft who is okay with Nikolaj Jacobsen´s stated objective of reaching the final weekend in Zagreb.

“That is what we are training for – to participate in the final matches in Zagreb, where the medals will be handed out.

“I think we have the team who can do just that.

“We have shown that we have a really strong squad with several experienced players who have been “there” before, and also some young talents with plenty of potential and spirit.

“Therefore, I am in complete agreement with Nikolaj´s goal.  We certainly hope to be part of the final weekend.”

Unlike a World Cup, a European championship usually does not include any “easy matches” for any team.  In the opinion of Henrik Toft Hansen´s, this also applies to the opponents in Denmark´s preliminary group.

“We know quite a bit about Hungary, a team that eliminated us in the Round of Last 16 at the World Championship last year and who we also met in the qualifiers prior to EURO’18.

“We also have good knowledge about Spain another very tough opponent, while I do not know that much about the Czechs yet, but that will change in the days to come, no doubt.

“First of all, however, we need to focus on us and our own game in order to be successful.

“All we do know is that there are no easy opponents at a European championship,” realizes the Danish line player.

“Considering the tough program later in the tournament, with Germany and a couple of Balkan teams in the main round, it would be really nice if we could take four points with us from our preliminary group.  But I suppose we cannot make a deal about that with our opponents in advance.

“Seriously, I am expecting some really tough games in the group phase.  On the other hand, it can serve as the foundation for a great tournament, if we get out of our group with maximum points,” finds Henrik Toft Hansen.