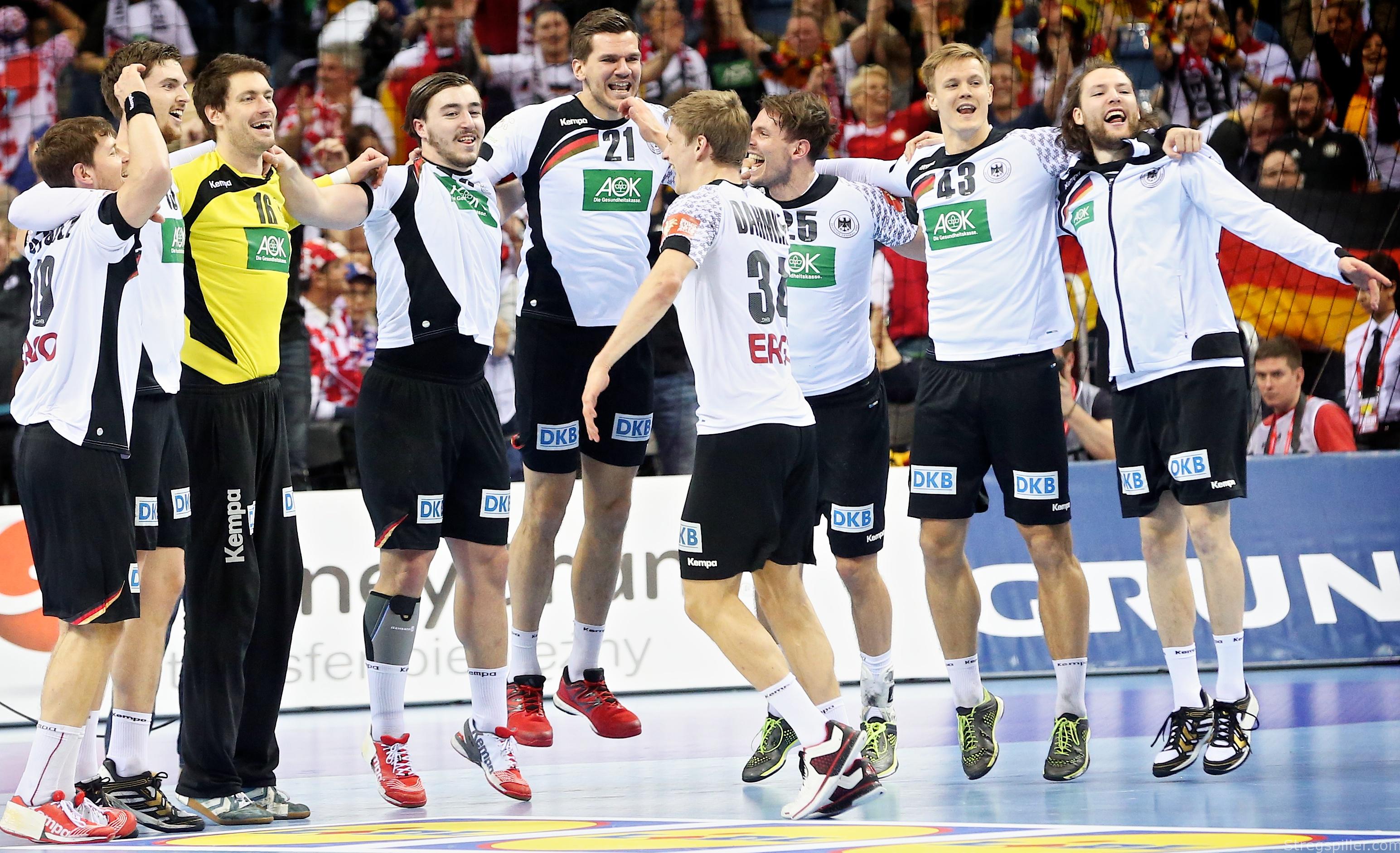 Germany faced Romania in a test match on Tuesday in Krefeld cruising to a 30:21 (17:9) win against the four-time world champion, still captain Uwe Gensheimer wasn’t completely satisfied.  I was able to speak with him after the game.

The result was as expected, how do you rate the performance of the team?

I think everybody anticipated that the game wouldn’t be that easy but in the end it was a very clear win for us.  In the beginning you could see that Romania’s game, which is very structured and relies on a fast throw-off, with players setting screens, is not easy to play against.  We had our problems, especially when they slowed the game down.  Except for us lacking a bit of concentration, in the second half it was a decent performance.

With barely one week to go until the start of the tournament, where do you need to improve?

UG:  We had too many technical mistakes in offense, too many passes that didn’t find a teammate. Turnovers will be punished in a big tournament.  We need to make sure that our opponents will have to work hard against our defense. That’s our objective.

What do you think about Silvio Heinevetter’s performance today; he played his 150th game for the national team?

UG:  Well, Heine had a great match today – especially in the first half he was the main reason why we were able to put a gap between us and Romania.

There’s still no solution in sight regarding TV-rights in Germany.  What do you and the team think about all of it?

UW:  We are not a part of the negotiations, so it’s hard to comment from our end.  It would be a shame for all of us – players and fans – if there’s no broadcast.  That’s all I can say about it, right now.

When you compare the team in Qatar 2015 with the team assembled right now, where do you see the most significant differences?

UG:  I think the biggest difference is that back then a lot of players played their first tournament.  In the meantime many of them have played two or three big competitions.  I know myself that it’s not that easy to play your first big event. I believe it makes a difference when you have that kind of experience and you’re used to it.

Compared to the stress you endured over the years in the Bundesliga, do you feel that you have more energy left in the tank, coming into the World championship, while playing in the French league?

UG:  No (laughs).  The only advantage is that I played my last game on December 22nd and didn’t have to play on Christmas.  So, I had a couple of days off before the start of the preparations for the World Cup, compared to players in the Bundesliga.

So, you don’t feel any improvement at all compared to past tournaments?

UG:  No – I have been playing almost 60 minutes in every game with Paris Saint-Germain.