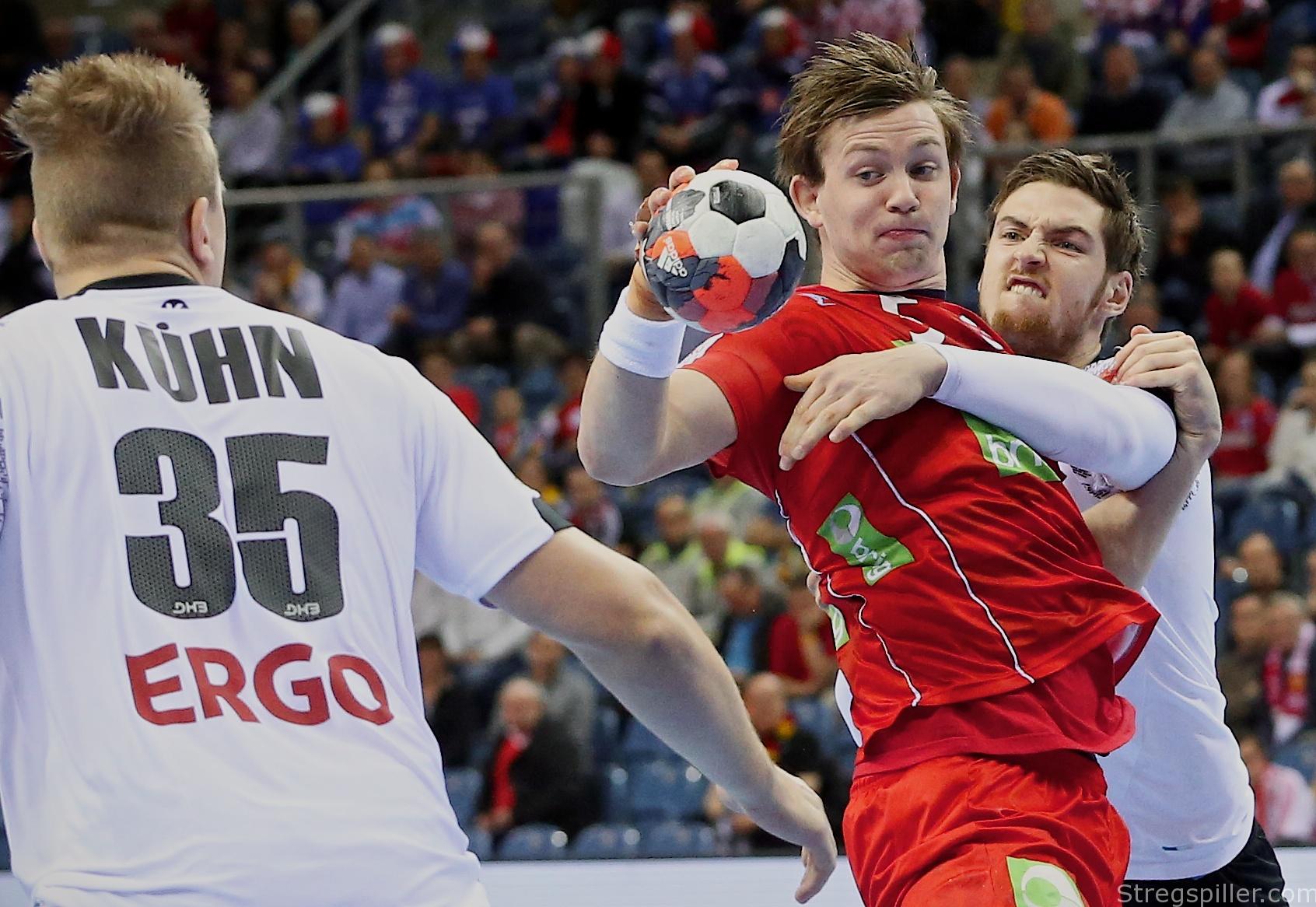 Germany and Spain meet in the final of EURO 2016

The last match of the EHF EURO 2016 will be played between Germany and Spain.  In Friday night´s semi-finals, Germany defeated Norway 34:33 in a thriller that went into extra time, before Spain won decisively against Croatia 33:29.

This was the meeting between the two biggest surprise packages of the entire tournament.  Norway was in their first semi-final ever at a major championship after performing three spectacular results: defeating Croatia 34:31, beating Poland 30:28 on home court and winning against the reigning champion – France 29:24.
Germany´s achievement was equally impressive considering their many injuries and how they eliminated one of the favorites – Denmark.  The German 25:23 victory against Mikkel Hansen & Co. in the last main round match definitely called for respect.

After a breathtaking game, Germany booked the first ticket for a final at a major championship in a long time.  With five seconds remaining of extra time, right back Kai Häfner, scored the deciding goal that sent Germany to the final.

After an equal start, Germany made use of having two additional players on the floor for a minute and 41 seconds to create a two goal lead, which was increased to four goals eventually (9:5) after Norway came back at full strength.
However, it only took the Norwegians 11 minutes to catch-up with the deficit, getting ahead 13:12.  At half time Germany had regained a narrow advantage (14:13).  Interestingly coach Christian Berge had replaced Sander Sagosen with Erlend Mamelund when playing defense – possibly resting the young super talent for a demanding second half.

The lead continued to change at the start of the second period.  No team was able to pull away.  As several times before in this tournament, Christian Berge played with both his playmakers, Sander Sagosen and Christian O’Sullivan in attack at the same time and once again with success.  Still, he stuck to substituting Sagonsen for Mamelund on the defensive end.  The tactical move did not hinder German right-wing, Tobias Reichmann, from causing Norway great trouble.  After scoring six goals on six attempts in the first half, the Kielce player reached a total of 10 goals.
As the second half progressed, Norway seemed to get the upper hand, moving ahead by two goals (19:17) and keeping the advantage.  But a hard fighting Germany came back once again.  Nineteen seconds before the final buzzer Rune Dahmke managed to draw even at 27:27.

Most of the extra 10 minutes of play, it looked as if the match was heading for yet another overtime period.  No team could achieve a meaningful gain.  With Germany enjoying the advantage at 31:30 the two squads changed sides.
In the second half, the scored kept changing between a stand-off and a one goal lead for Germany, and with five seconds left, Häfner, one of the two most recent replacements, scored – 34:33 – while no one seemed to notice that Germany had eight players on the floor, including two goalkeepers.

A final match at EURO 2016 is awaiting Germany on Sunday, while Norway will have to be content with having reached their first semi-final ever.  Sander Sagosen & Co. will have to try and rise for a bronze medal match.  Can Norway find the motivation after being so close to playing for gold?

Spain had more or less lived up to expectations with the exception of a poor second half against Denmark.  The Spaniards were the only ones among the top favorites who had made it to the “final four”.  Croatia was in effect out of the competition before the last match day during the main round.  But then they rose from the ashes, trashing the Polish hosts 37:23.

Not even the support of former stars like Ivano Balic and Igor Vori could save Croatia from defeat against Spain.  The Croatians got a good start to the game, but were trailing for the last 37 minutes of the match.

Gideon Guardiola was back in the Spanish defense, but that did not do much at first.  From the beginning, it seemed as if the Spaniards were not even on the court mentally.  After four and a half minutes, coach Manuel Cadenas had to call a timeout to wake up his lads.  Croatia had taken a 4:1 lead without much trouble.  Team captain Marko Kopljar caused Spain’s defense particular problems, therefore Croatia stayed in the lead until 13:10.  From that point onward, Spain started “working themselves into the match”.  They managed to stabilize their defense, while Gonzalo Perez de Vargas who had replaced Arpad Sterbik in goal, showed up strong.  After 22 minutes, Antonio Garcia equalized the score for the first time, making it 13:13 and two minutes later, Cristian Ugalde finished off a counter attack to give his team the first lead at 14:13 and by half time Spain had extended the score to 18:14.

Spain continued to be in the driver´s seat and when Croatia was about to catch up, one of their most dangerous players, Marko Kopljar limped off the court.  Still, Croatia managed to stay within a goal or two, but after Victor Tomas scored two quick points on counter attacks, the matter was more or less decided.  Vargas saving two penalty shots in the final minutes was the icing on the cake.

Spain can still dream of their first European Championship ever, while Croatia will have to regroup and come back for the bronze match against Norway.

In the game for fifth place, France defeated Denmark 29:26, while Poland finished seventh through a 26:24 victory against Sweden.