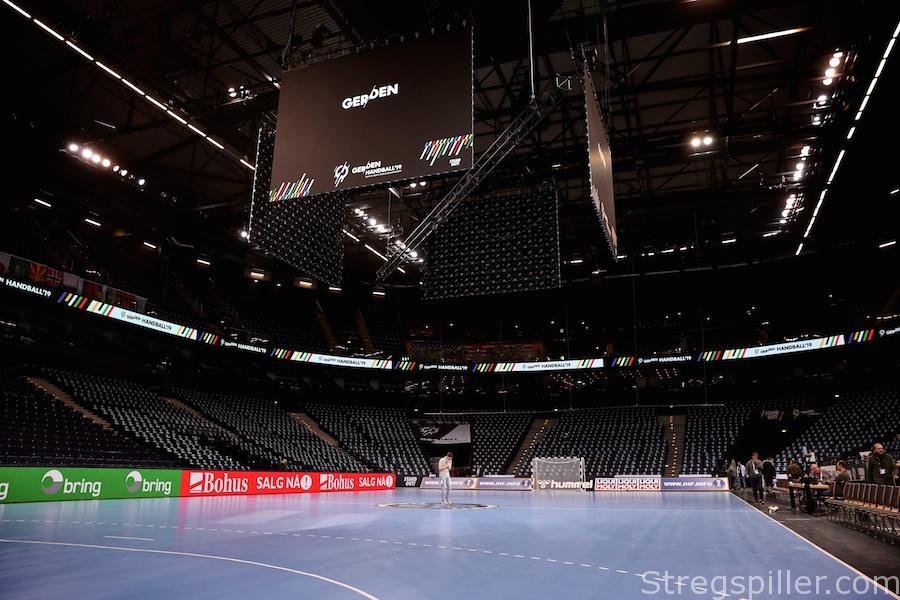 No chaos this time, please

By Chris O’Reilly and Peter Bruun

Few people have forgotten the chaotic semi-final between Germany and Norway at the 2016 European Championship in Poland, which Germany won 34:33 after extra-time, with nobody ever really finding out how many players were on court in the final seconds.

On Friday night at 20:30 CET, the two nations meet in another semi-final, hopefully without the same chaos, but with all of the entertaining handball.

The Norwegians will obviously be yearning for revenge and for their second World Championship final in succession, when the two teams meet again, this time in Hamburg’s Barclaycard Arena. Who has the upper hand before throw-off? Let’s have a look.

GER: Andreas Wolff has continued to stand out as one of the best goalkeepers at the championship and his best is beyond what any other keeper in this match can offer. Heinevetter is still a worry, having produced good performances in the relatively unimportant matches, but was way off the mark when he was brought in during the second half against Croatia.

NOR: Norway’s goalkeeper duo does not reach the level of Andreas Wolff and Silvio Heinevetter in the German goal. Torbjørn Bergerud has not exactly benefited from leaving Danish TTH Holstebro for German SG Flensburg-Handewitt; a change which has resulted in considerably less court time for him than he was used to. This can be seen in his performances. His partner in the Norwegian goal, Espen Christensen, has not been doing any better. Of course, both have the potential to improve and they will certainly need to do so in order to match the two shot-stoppers at the opposite end of the court.

GER: At various points in this championship, each of the back court players have produced match-winning performances, with Fabian Wiede the most reliable. However, none are producing day-in-day-out, which is a worry. Martin Strobel’s absence will be put to the test on Friday, with Suton and Drux being more dangerous attackers, but much less reliable at ball possession and distribution.

NOR: There are not many backcourt players at the level of Denmark’s Mikkel Hansen. In Sander Sagosen, Norway have one who comes close on his better days. Alongside him, Gøran Johannessen has proved a great playmaker, while national coach Christian Berge has a luxury problem on the right back with Eivind Tangen, Magnus Rød and Harald Reinkind as left-handed shooters, each with their outstanding qualities.

GER: Questionable shooting choices in the Croatia match throw in a hint of doubt, but Germany’s wings have generally had a fine tournament so far. Germany’s attacking appears to have become more and more focused on the centre of the court, leaving the wings stranded for long periods.

NOR: Magnus Jøndal had been outstanding for Norway on the left wing, particularly in their most recent matches. As a substitute for him, Christian Berge has one of the most interesting young talents in international handball today, Alexander Blonz. On the opposite wing, Kristian Bjørnsen is usually a guarantee for quality.

GER: Strength in numbers for Germany, with three very different options, which are rotated often and at least one will be suitable to trouble Norway. Hendrik Pekeler and Jannik Kohlbacher have been particularly effective in attack. Once they get their hands on the ball, there will be danger for Norway.

NOR: With Bjarte Myrhol, Magnus Gullerud, Petter Øverby and Henrik Jakobsen, Christian Berge has the most line players, at his disposal. The question is if he also has the best?  Of course, Myrhol is still one of the absolutely best pivots in the world, while the other three are more ordinary. However, benefiting from the line player positions is not only a question of having good players there, it also is a question of having the backcourt players, who can feed them. Unlike Germany, Norway have such backcourt players.

GER: Defence will win this championship for Germany, if they do go all the way. Besides the final main round match against Spain, which can be written-off as a dead-rubber, Germany’s defence has been phenomenal so far and they will have a plan in place to shut down Sander Sagosen and his pals.

NOR: The Norwegian defence is rather good, but as we have mentioned already, the defensive part of their team is weakened by two goalkeepers who are not as reliable. On Friday evening, the Norwegians will be up against the statistically strongest defence in the tournament, so far and it will be a tough task to match it.

GER: What a difference a year makes for Christian Prokop. His players have bought into his tactical systems and he has proven in tight matches against France and Croatia that he has the ability to make the right changes and get a result.

NOR: With his calm and analytic approach to the game, Christian Berge has done a great job with Norway over the past few years. He is good at communicating with his players and his own experience as a player at the top level also helps him a great deal in his current job.

GER: The co-hosts have created a frenzy across the country as record numbers have tuned in to watch them in action. The supporters in Berlin and Cologne have inspired the majority of the squad to reach another level and if Hamburg can match those crowds, we’re in for an electric evening.

NOR: The Norwegians will obviously feel the impact of a game “on-the road” and rightly so. However, the question is how big the pressure on the Scandinavians will be, as there are likely to be many Norwegian fans in the arena, and possibly still some Danes and Frenchmen who may throw their support behind Norway.

Home court advantage proved to be the difference on our scoreboard, will it prove to be the same on Friday?