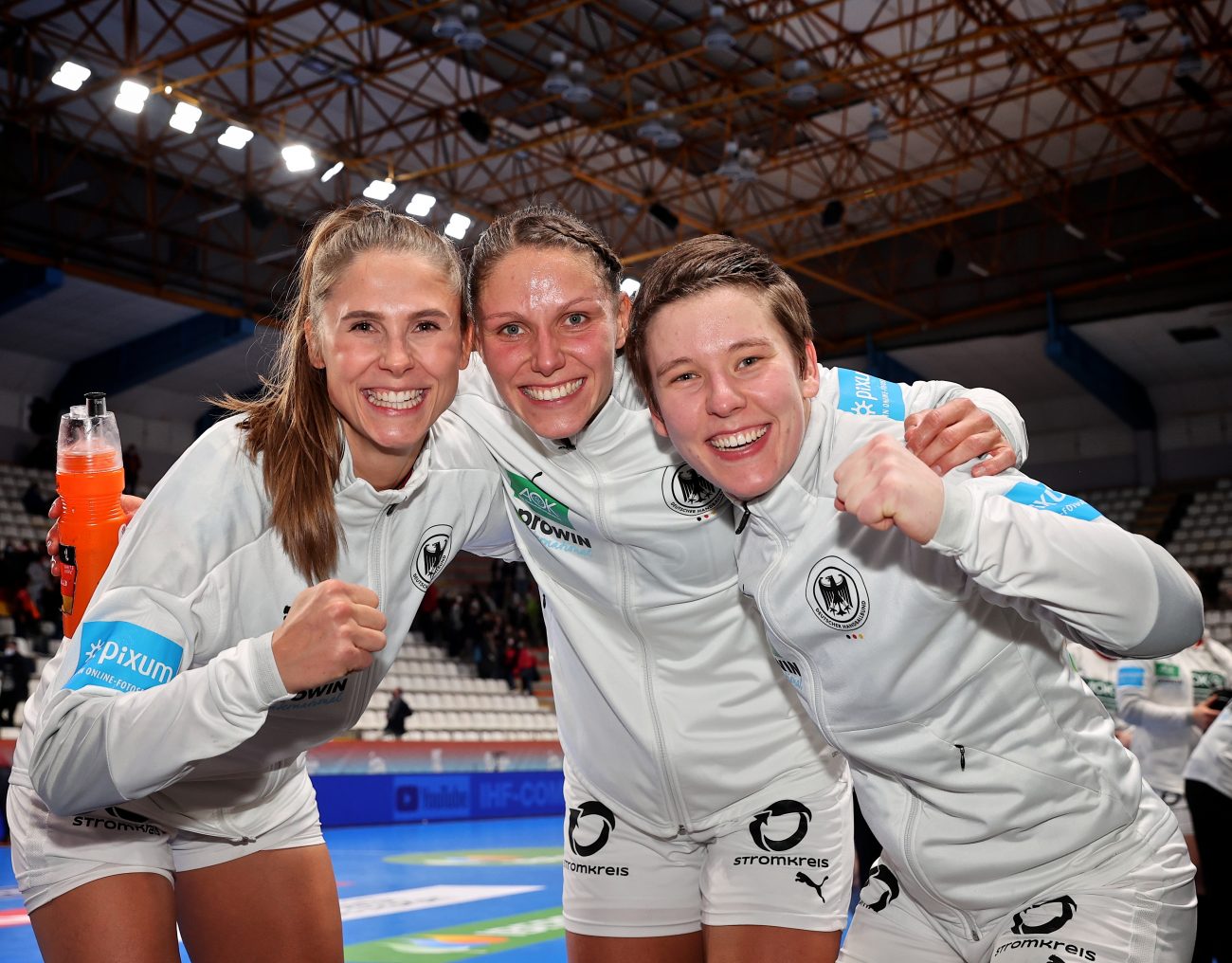 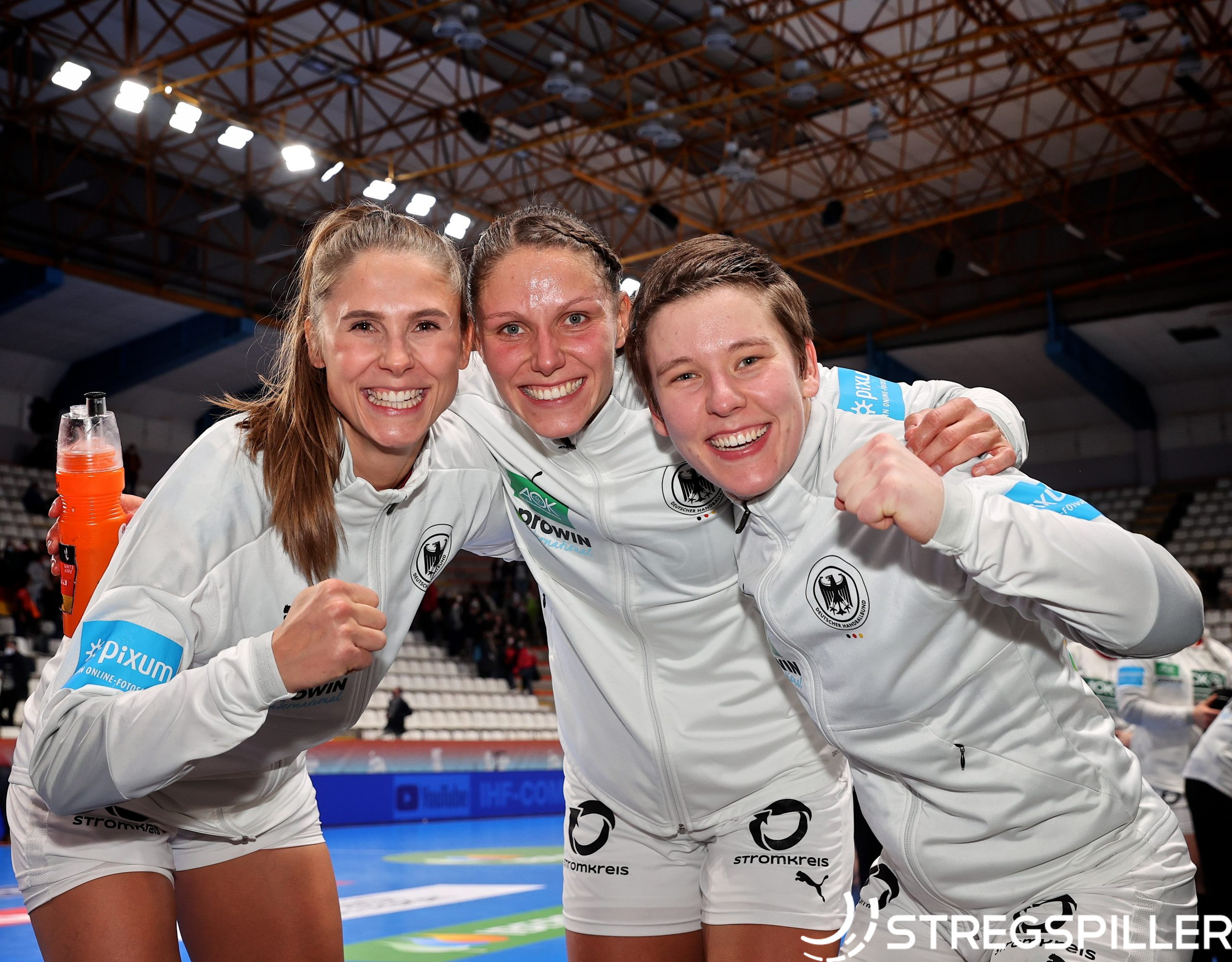 Germany and Hungary went into Monday night’s Group E finale with perfect winning records, Germany claiming a pair of double-digit victories while Hungary were made to work a bit harder for theirs.

This was the first real test of Germany’s credentials as a medal contender, taking on a Hungarian side that was even younger than it usually is with only eight players from their recent Olympic campaign involved.

Would the introduction of Szandra Szollosi-Zacsik into the Hungarian squad give them an added dimension and a bit more long-range threat in attack?

Germany have been on the wrong end of so many dramatic games in recent years but not tonight. In a game where they looked the better side but could not assert their dominance, a 25:24 win will have to do as they progress to the main round as group winners and with maximum points.

Neither team was shy to get stuck in from the opening whistle and it seemed to favour Germany, who held the physical advantage and offered a bit more guile in attack.

Fortune appeared to be favouring the bravery of Julia Maidhof and Meike Schmelzer as they had no hesitation in shooting and each scored fluky goals.

Hungary’s timeout at 7:4 down worked a treat as it set them on a 5:0 run, including two big goals by Szandra Szollosi-Zacsik, to suddenly give them the lead.

That seemed to put both teams on edge and a few nervy exchanges followed before Germany regained their composure. A lively 5-1 defence with Xenia Smits in front put Hungary way out of their comfort zone but the Germans could not capitalise on the plethora of fast breaks they created with Blanka Biro making some wonderful saves. Germany went into the break 14:9 ahead, comfortable, but comfortable enough?

Hungary began to find a way through the German 5-1 defence, first with a bit of grit and then with ease – five different players chipped in with goals as they chipped away at their opponents’ confidence. Henk Groener swiftly rotated the squad but took a timeout after nine minutes when the Hungarians finally drew level at 16:16.

Back to the starting lineup, with the exception of Katharina Filter going between the posts, Germany began to assert themselves once again but they could not shake themselves loose from their young rivals, brimming with confidence, despite the fact they were playing with the same three right-handers across the back court after an injury to Katrin Klujber.

Two goals down with five minutes remaining, Hungary finally did throw some alternates on court, winning a penalty but the limping Klujber was outfoxed by Filter, standing to one side of the goal, shortly followed by a Meike Schmelzer keep Germany’s noses in front. A late scramble gave Hungary one last chance to draw level but they let the ball slip and Germany escaped with the win.

Depth and a bit more variety in play made the difference for Germany today. Arguably, they should have put this game to bed by half-time but they didn’t and that allowed Hungary to build in confidence.

Although things were not going to plan, Germany stayed relatively calm and threw a variety of defensive and attacking solutions at Hungary until something stuck. What stuck at the end of the day was some route one attacking by Emily Bölk, which gave her teammates the confidence they needed to crawl over the finish line.

“I’m really exhausted after this fight but really proud and happy we could win this game. We wanted to bring all of our heart into this match, you could see that we did. In the end, we were the lucky winners and we worked a lot in this group for that luck.

“A mixture of confidence and maturity saw us come out on the right end of this result. Everyone who comes on to court can make an impact and it is really great to see and really great to be a part of this team right now.”

Earlier this evening, the Velvet divorce derby gave us everything we’d expect from neighbours colliding with something big on the line – underdogs taking the lead, a low and tight scoreline, red cards and a nerve-racking end.

The underdogs, in this case, were Slovakia, who I felt would have enough to trouble Czech Republic and they did exactly that, flying into a 12:7 lead midway through the first half. But the Czech’s figured out what they were facing, shut down Slovakia’s attack and ground out a 24:23 victory to book their spot in the main round.

With 19 saves at 46%, Slovakia’s Victoria Oguntoyava did not deserve to be on the losing side, while Czech all-rounder Kamila Kordovska impressed me with her performance including stints as playmaker, on the line and at the centre of defence.