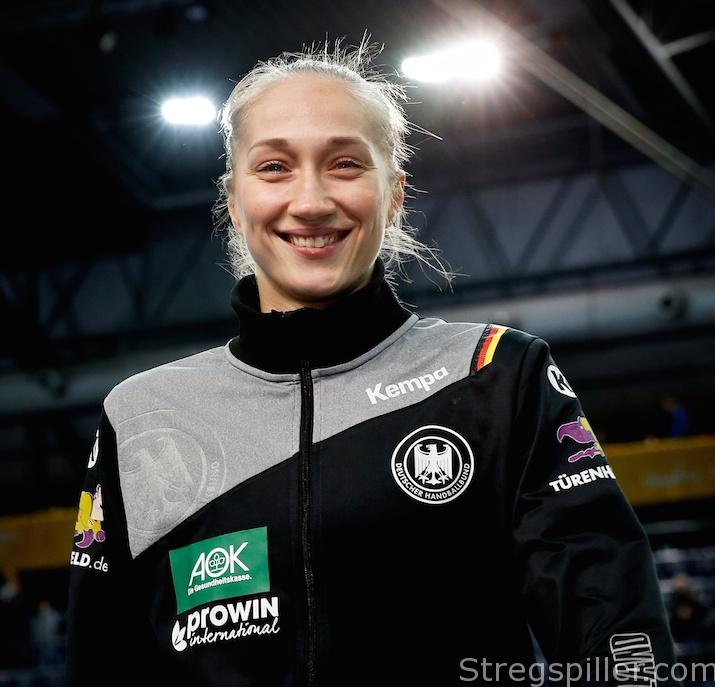 Getting back on track

Germany knew it would be hard facing The Netherlands in their last match of the group phase, but the performance shown against the Dutch won’t be enough to survive the Round of  Last 16, at least not according to Nadja Mansson. That’s why the host has to get back on track as fast as possible, otherwise Denmark will be the last opponent the team plays against at World Cup 2017.

Today you suffered a tough loss against the Netherlands. What’s your take on the match?

NM: I think we lost the game in the first half. We went into the break knowing that we have to prove ourselves and that we can do much better. That was our goal in the second half but the game was almost over after the first 30 minutes.

What went wrong before half-time?

NM: We were way “too nice” in defense. And we weren’t able to be as aggressive as during the first matches. In offense we made a lot of easy mistakes, throwing the ball away – everyone of us. Bad passes to the line – as a result… well you have seen it.

What were the deficits today?  I think it’s still position offense, because if you do better in attack  you wouldn’t have had as many problems with the Dutch speed…

NM: Actually, I can’t say right now, because I didn’t watch the tape yet. I felt we did much better in position offense in the second half – we also had better solutions. In the first half, I also didn’t see as many problems. But I do have all those turnovers in my mind, maybe I just remember it wrong. We threw passes at the feet of our teammates, passes went out of bounds, some stupid passes to the line-player – some of it happened to me. All of it has not that much to do with position offense, I think.

NM: It doesn’t make a difference at all. The most important thing is that we present ourselves in a much different way. If we play like we did today, then the opponent doesn’t matter. This kind of a performance just won’t be good enough and that’s why I think it’s more about us and getting back to the level we already showed in the first few matches of the competition.

Do you think it might be an advantage that you can assume the role of the underdog, now?

NM: I’m not the kind of person who thinks it matters who’s a favorite and who’s not. You play every match at a World championship to win it, nobody will underestimate us, no matter how we played today. I don’t think that being the underdog or not is relevant at all.