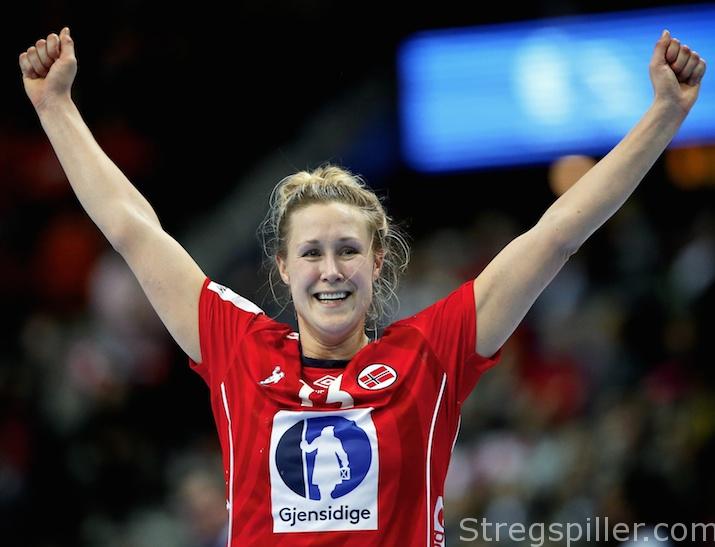 It’s getting crowded at the top

COLUMN – Once again, Norway won a big championship, but other teams and coaches are beginning to breath down the neck of Thorir Hergeirsson.

I am sure many of us still remember Gary Lineker´s old statement:
“Soccer is a game with 11 players on each side, where Germany always wins at the end!”

These days, we could reframe that sentence to:
“Women´s handball is a game with seven players on each side, where Norway always wins at the end!”

Norway did it again – this time they won the EHF EURO 2016 in Sweden.  However, the Norwegians did not appear as dominant as they once were.  A year ago, when they demolished the Netherlands 31:23 after a 20:9 at half time lead at the World Championship final, it looked as if no team in the world would even get close to threatening them, for many years to come.

But, then they failed to win the Olympic’s in Rio, and even though they won eight out of eight matches here in Sweden, the road to success was more troublesome this time, when compared to the 2014 European championship or the 2015 World Cup.

Yes, Norway did have to go through extra time in the semi-final against Romania last year, but other teams have come closer to the Norwegians as well.

To make no mistake, there is every reason to praise coach Thorir Hergeirsson, not only for being able to stay focused despite losing his mother the day before the start of the tournament – but also for showing off his tremendous tactical skills and cleverness.

He now has demonstrated numerous times of how to form a winning team, and he has also repeatedly integrated new players at major championships with much success.

Players like Silje Waade and Kjerstin Solaas, for instance. Waade being a particularly good example of how a new player fits into team and concept from the start.

The 22-year-old right-back, from Norwegian league club Byåsen, did a stellar job in defense as well as fulfilling her more limited role when in attack.

It is no coincidence that Norway changed a one-goal deficit into a four-goal win against France in the semi-final, or that they protected a narrow lead during the last minute of the final against the Netherlands.  It is testament to a winning culture.  A thought of losing simply does not cross their minds when the game is on the line.

I agree – to a large extend – with the All Start Team of EURO 2016, put together by the EHF.  However, I would have chosen a different player as the “Most Valuable” one.
Yes, Nycke Groot was very important for the Dutch team, but to me, the most valuable player of the competition was Marit Malm Frafjord.

After Heidi Løke announced her pregnancy, a huge responsibility was resting on the shoulders of the line player from Larvik.  In short – Frafjord had a brilliant EURO, maybe her best ever.  The amount of work she produced at both ends of the court was outstanding. Frafjord – definitely my MVP.

I am usually not a sentimental person, but I am not ashamed to admit that I was close to shedding a tear for Helle Thomsen, on Sunday night.

So poorly treated at FC Midtylland and so unjustly sacked, less than three months ago, she managed to bring the Netherlands a further step up – a big step –  and closer to the absolute top in women´s handball.

Her predecessor as Dutch “Bondscoach”, Henk Groener, built the house and Helle Thomsen has been put in charge to decorate it. Right now, it looks it (the house ed.) will stand for many years to come and shine in bright colors.

If the Dutch Handball Federation has not already offered Thomsen an extension of her contract, I can only hope that they hurry up and do so.  She certainly is attractive to a lot of top handball organizations at the moment.

What will France be without Krumbholz?

France also looked interesting, mainly due to the “chess brain” of coach Olivier Krumbholz.
He may be the greatest tactical mind in women´s handball these days, especially when it comes to playing defense.  Furthermore, he is superb at making his players understand what he wants them to do and how to execute the strategy on the floor.

In the upcoming months, he will be busy organizing the Men´s World Championship at home.  Consequently, he has announced to step down as coach of the women´s national team – for good.

If he really means it this time, France´s ongoing success will depend a great deal on his successor’s ingenuity.  France has the talent to be in the international top for several years, but the big question is: What can they accomplish without Krumbholz on the sideline?

The 42-year-old, who took the helm in the summer of 2015, has suffered a plenty of hardship and criticism during his first 18 months in the hot seat.

A sixth place at the World Championship on home ground a year ago, a failed Olympic qualification and harsh criticism from a number of his players as well as media outlets, sums it all up.

However, the players, who critiqued him for being dictatorial, back in the spring, are now full of praise, after having reached the semi-final in Sweden, against all odds.  His concept of executing a more aggressive defense system has gained traction.

Denmark’s offense has some more room for improvement but for Bruun Jørgensen, it already explains Denmark´s surprising success this December.  It will be quite interesting to follow Jørgensen and the rest of the crew in the years to come.  Denmark has a lot of potential.

Hosts could have done better

Sweden is not among the teams I see in the international top any time soon, but still, it is a must to say a few words about the host of EURO 2016.

Simply put – expectations were not met.  Considering home court advantage, they could and should have done better.
An important part of the reason why they did not was Isabelle Gullden.

The playmaker from Champions League winners CSM Bucuresti was the key player in Sweden’s team, but she was far from her best.  Influenced by a thigh injury, incurred just a week before the start of the tournament was part of the explanation.

Worn out after a tough year, playing the Champions League until the very end, followed by the Olympics and the European championship, is the other part.

Yet, another reason for Sweden´s sub par performance was the absence of Gullden´s club teammate, Linnea Torstensson.

As I said before, I did not understand why she was not nominated.  She really could have made the difference in a Swedish backcourt line that was struggling throughout the competition.

Finally, an observation – the dreaded (at least by some) seven-against six-rule was rarely executed on the floors at EURO 2016. Only the Netherlands´ coach, Helle Thomsen, made use of it rather consequently in the semi-final, as well as in the last game of the tournament.